Previous post
Can Congress Succeed in Lobotomizing the Civil War?

Next post
Kasich To Team Up with Michelle O and Bernie 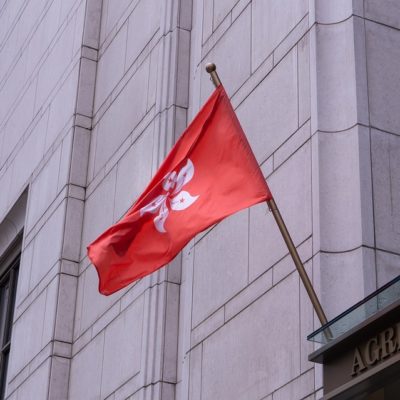 The Trump administration is putting teeth to its statement that Hong Kong can no longer be considered separate from China.

We have been watching the role of Carrie Lam, the pro-China leader of Hong Kong for over a year, when she first introduced the extradition bill that began the protests that led to the crackdown by China as the extradition bill was withdrawn and pro-democracy candidates won positions in the government – which then got crazy when pro-China politicians took control of certain committees this last May.

With the massive Chinese crackdown, putting an end to the “one country, two systems” détente, the Trump administration has not been idle, with Secretary of State Mike Pompeo being very clear about the threat that China is to the world. And now they’ve put financial sanctions on a list of 11 officials, including Carrie Lam.

“The recent imposition of draconian national security legislation on Hong Kong has not only undermined Hong Kong’s autonomy, it has also infringed on the rights of people in Hong Kong,” the Treasury Department said in a statement.”

Treasury said the new law has allowed authorities in mainland China to operate with impunity in Hong Kong, has mandated “national security education” in Hong Kong schools, undermined the rule of law and laid the groundwork to censor individuals and outlets “deemed unfriendly” to China.”

The U.S. said Lam, the chief executive of Hong Kong, is “directly responsible for implementing Beijing’s policies of suppression of freedom and democratic processes.” Last year, Lam pushed to allow citizens to be extradited to the mainland, setting off massive opposition demonstrations in Hong Kong, according to Treasury.”

Also sanctioned was Chris Tang, the commissioner of the Hong Kong Police Force, for allegedly “coercing, arresting, detaining, or imprisoning individuals” under the new security law, and the former police commissioner, Stephen Lo.”

Friday’s action blocks all property or other assets that the individuals have within U.S. jurisdiction.”

Lam, for her part, is parroting all of Beijing’s talking points in her response, and it’s a pretty clear indicator of China’s attitude toward the Trump administration and these sanctions.

JUST IN: Chief Executive Carrie Lam on US sanction: "..we are discharging an honourable duty to safeguard national security, protecting the life and interests of not only the 7.5 million Hong Kong people but also the 1.4 billion Mainlanders. We will not be intimidated." pic.twitter.com/boAeaYagmS

Between the sanctions and the executive order that President Trump signed regarding TikTok and WeChat, the administration is definitely signaling its willingness to go after China.

What happens now is really anyone’s guess. Some of the targeted officials don’t have assets within the United States, so in those cases, the sanctions are more symbolic than substantive. But the message is pretty clear. Hong Kong has been swallowed whole by China, and it is completely willing to repress all hope of democracy. A financial sting with targeted sanctions should only be the beginning. I hope that the current proposed bill to give the pro-democracy activists asylum within the United States – along with the proposed citizenship bill in the United Kingdom – will get passed and aid those who want to escape the heel of communist China as quickly as possible.