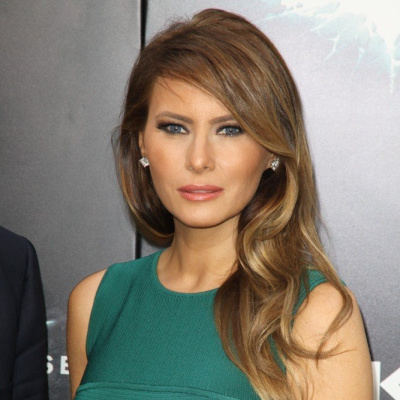 On January 11, First Lady Melania Trump issued a statement through the White House titled “Our Path Forward”. Immediately, the hateful mob torched Mrs. Trump, mostly, for being married to and standing by President Donald J. Trump.

I know you are thinking two things, right now. What’s new about Melania being torched? Isn’t hateful mob redundant. Both things are true. There is nothing new about the ugliness the elitist snobs have shown towards Mrs. Trump and hateful mob is redundant. Mobs are hateful, but I could come up with a descriptor that fit this situation any better. So, deal with the redundancy.

Mrs. Trump began her statement with a note how Americans have pulled together during the Covid pandemic. She is right. Without the initial cooperation of individual citizens, there would have been millions dead. And, because she is a woman of grace and class, I am sure she has carried individual stories in her heart.

In the second part of her statement, Mrs. Trump names those killed in the Capitol breach on January 6 and prays for their families. Melania deplores the violence seen in the breach. This next part is where the mob begins their hateful attack on her:

I am disappointed and disheartened with what happened last week. I find it shameful that surrounding these tragic events there has been salacious gossip, unwarranted personal attacks, and false misleading accusations on me – from people who are looking to be relevant and have an agenda. This time is solely about healing our country and its citizens. It should not be used for personal gain.

Five people died in a domestic terror attack on our own republic last week incited by her husband but Melania Trump is the victim in this?! Every morning I think I can’t get more disgusted….

Meghan, don’t you have a new baby to take care of?

And, by the way, more than one news organization reported that the Trump family and advisors where dancing in a tent during the Capitol breach. The tent dance happened the day before. Separately, Elle.com reported that Mrs. Trump was doing a photo shoot during the violence:

While all of this was happening on this, a day that will forever live in infamy, First Lady Melania Trump was overseeing a photoshoot of “rugs and other items in the Executive Residence and the East Wing,” a source close to the White House and the East Wing told CNN.

I don’t see that as playing the victim. Although Meghan, you and your family have far more experience with that kind of psychodrama.

This is from the New York Times Maggie Harberman:

One of the most telling aspects of the first lady's statement is it appears to assume everyone knows what "gossip" has been said about her, as opposed to being confused by what she is referring to https://t.co/QZUUcmVDlT

Maggie have you tried reading the newspapers? I mean you are a reporter, right? Or, maybe you are just a part of the hateful mob.

And, there is this video:

The final paragraphs of Mrs. Trump’s statement is stunningly beautiful:

It has been the honor of my lifetime to serve as your First Lady. I want to thank the millions of Americans who supported my husband and me over the past 4 years and shown the incredible impact of the American spirit. I am grateful to you all for letting me serve you on platforms which are dear to me.

Most importantly, I ask for healing, grace, understanding, and peace for our great Nation.

Every day let us remember that we are one Nation under God. God bless you all and God bless the United States of America.

In my lifetime, we have never had a woman of such intelligence, grace and compassion as our First Lady. I pray for the entire Trump family. God, please, protect this family from the hateful mob.