Next post
Iranian Students Rage at Regime Over Downed Jet 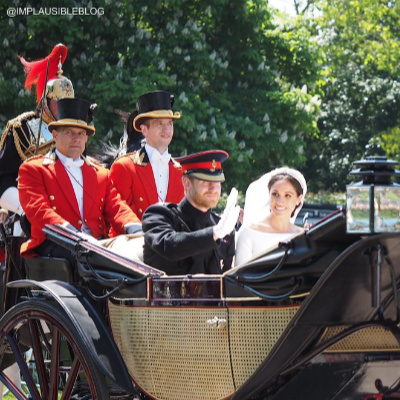 Poor Queen Elizabeth. When I think of the British Sovereign, I think of Shakespeare’s King Henry, “Uneasy lies the head that wears a crown.” As if she doesn’t have enough problems with her failing husband, Prince Phillip, and her friend of Epstein son, Prince Andrew, right? Her main job is to ensure the continuation of the British monarchy. She must keep the mystique of the royal family and represent the highest values of the British people. Now, her grandson, Prince Harry and his bride have acted out.

“Senior royal” hasn’t really been formally defined by the British royal family, but it seems to refer to the adult members of the monarch and their spouses who are high up in the line of succession. Senior royals work full-time, attending engagements and fulfilling duties in the Queen’s name. Long story short, Meghan and Harry will still be royals, they just plan to pursue opportunities outside the monarch more in the future.

Doesn’t sound like a bad gig to me. Free housing, meals and security in exchange for being well-dressed and prim and proper all the time. If it weren’t for the horribly nasty British press, it would be a breeze. There is a downside to every job.

We at Victory Girls covered the wedding of Prince Harry to Miss Markle with joy. We love weddings and the British do ceremonies spectacularly. They have had about 500 years to perfect the concept. I got up early to watch the wedding and made a proper tea. But, being a woman of a certain age and an awful cynic, I had problems with this couple from jump.

The Queen bent over backwards to smooth this American divorcee’s way into the Royal Family Firm. You know that Elizabeth had to be thinking back to Uncle David and his American divorcee. She’s also seen some bad marriages like her sister’s and her son’s.

Queen Elizabeth could have put the kibosh on the relationship between Miss Markle and Prince Harry. Instead, the monarch gave them, not only permission to marry, but also to live together on the grounds of Kensington Palace before marriage. The Duchess of Sussex was given an intimate look into the life of a working royal before she walked down the aisle.

From the get-go, the Duchess has not been happy. She has been giving the Royals a sample of divatude they are surely not used to seeing. The other members of the family firm know that there is only one Monarch.

The Sussexes’s trip to Africa after the birth of their baby was a public relations nightmare. Here is just a portion of the nearly 40 minute interview the pair gave:

Three months after that interview, Prince Harry and Meghan, Duchess of Sussex issued the following statement:

“After many months of reflection and internal discussions, we have chosen to make a transition this year in starting to carve out a progressive new role within this institution,” said the couple, who also hold the titles of Duke and Duchess of Sussex.

Where you and I might see a damaged young man and an American woman unprepared for the strictures of Royal life, the Social Justice Warriors and Grievance Gurus see RACISM. In an article from the Daily Wire, we get a glimpse into this warped thinking:

Over at CNN, Lisa Respers France argued that Britons have been sending a message to Meghan Markle since the day she announced her engagement to Harry: “You aren’t one of us, and you aren’t welcome.”

“Meghan, a biracial, divorced American actress, was far from what many envisioned as a fairy-tale match for a beloved member of the British royal family,” wrote Respers France. “While many in the UK welcomed her, the British tabloid media and a large swath of the Twitterverse were not kind. It became so bad that Kensington Palace released a statement scolding the press about its treatment of her.”

Natasha Eubanks, founder and editor of TheYBF.com, echoed Burton’s sentiment, going further to argue that haters of Markle’s desire for “self-sovereignty” show tinges of sexism. “Having the audacity – because that’s what it is – to exhibit self-sovereignty has always been a privilege reserved for men, especially white men,” she told CNN. “Yet here is Meghan exhibiting this ‘audacity’ and it’s being … pushed forward by a white man who happens to be her husband.”

Quite frankly, I don’t think biracial is a problem at all. “Divorced, American actress” is a huge problem. And, Miss Eubanks, if you think that Prince Harry has any self-sovereignty, you are an historically unaware person.

The Sussexes’s want to have their cake and eat it to. They want to live abroad in Canada and Los Angeles and keep Frogmore Cottage at Windsor, too. Frogmore Cottage was, by the by, redone at a cost of millions of pounds, by the taxpayers of Great Britain.

And, in a move too tacky for words, Meghan and Harry want to trademark Sussex Royal for home and fashion branding. I hate to drop some truth on these independent-minded kids, but the Queen conferred the title on you and the Queen can un-confer the title. It is not yours to trademark.

I don’t see racism here. I see a couple of spoiled brats. Time for Prince Charles to father-up. Cut these two off. Five percent of the couple’s income comes from the British taxpayers. The other 95% of the income is from Charles’ Duchy of Cornwall. Cut them off.

Almost immediately after we married, my husband and I were transferred 2,000 miles away from friends and family. It was a most liberating experience. Of course, we didn’t have uber-wealthy friends that could grease our way. We also didn’t have a name to sell.

Page Six is reporting that the Queen has given Harry and Meghan 72 hours to work out the Megxit deal. Most telling, after Harry and Meghan dropped their bombshell on the Queen, Meghan flew back to Canada. She left Harry to clean up the mess. Cut and run is not a very Duchess-like thing to do. Things do not bode well for this young family.

They are royal pains. 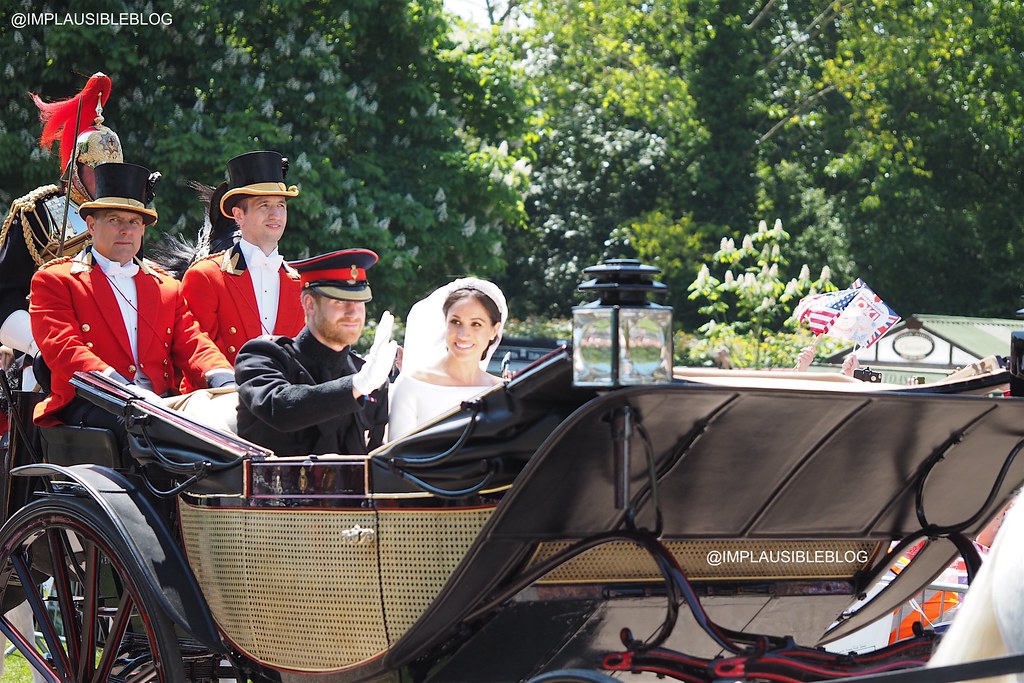