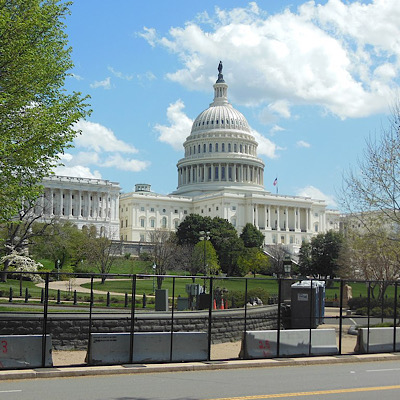 When I was young there was an abandoned house in our town. Kids told the story of a young girl who had been hit and killed at her school bus stop and how it had driven her mother insane. The woman, it was said, washed the girl’s clothes, kept her room, made her meals and walked to the bus stop every day until finally, she just disappeared.

It strikes me that much of our society is in that same state. We go through the motions of the life we remember; doing our jobs, shopping for goods, planning for the short term and hoping that one day we will wake from our nightmare and everything will be like it was. But the truth is, that will not happen. Our country has been changed forever and that is a hard cold fact.

Our economy is in a tailspin and that may someday sort itself out. But the civility we once knew and the trust of our government and media is gone forever. Our justice system and the rule of law has been torn asunder from the inside and the people we look to for strength and fairness are impotent in the face of the hateful liberal minority. Day after day, time after time the progressive democrats have created false charges using fabricated crimes to prosecute innocent people and even impeach the President while republicans timidly offer a weak response that while truthful, does nothing.

On January 20, 2016, Donald J. Trump stood in front of the people who have become wealthy and powerful by stealing from those who obey the law, and work to make our country great, and spoke these words:

For too long, a small group in our nation’s Capital has reaped the rewards of government while the people have borne the cost.

Washington flourished – but the people did not share in its wealth.

Politicians prospered – but the jobs left, and the factories closed.

The establishment protected itself, but not the citizens of our country.

That all changes – starting right here, and right now, because this moment is your moment: it belongs to you.

It belongs to everyone gathered here today and everyone watching all across America.”

The instant response to his words was one of unchecked hate and vengeance from people seeking to end the sovereignty of the greatest nation the world has known. They cheat and lie openly. They ignore and mock the law with no concern for our security. They stole a national election and are promoting racial animosity across the land with a deliberately hateful government school agenda of racial separation. For the democrats, in fact most of our congressional members, violating their Oath of Office is accepted behavior.

In the face of this attack on our heritage, on our future and our way of life, the few conservatives willing to stand up for the people who make this country work can only do so with discarded soundbites and ignored letters of disagreement. The reality they fear to admit is that the time has come to fight fire with fire. The cliche that “wrestling with pigs only gets you dirty” no longer applies in today’s politics.

If we truly care about our country, we must become the leaders we have been waiting for. We must show resolute support for truth and justice and a desire for a strong America. We must produce a monumental presence at the polls in 2022 and demand that our chosen  representatives in government turn the tables on the criminals who have trampled on our honor by installing a non–functional adult in the image of a president at the podium. Sadly, Joe Biden is too far gone mentally, to ever feel the contempt history will hold for him. But Americans should both feel and show contempt for the democrat party that shames us all.

The judges destroying justice from the bench with unconstitutional rulings and false prosecutions should face not only removal and disbarment, but punishment as severe as the law allows.

By ignoring this responsibility, with only a handful of exceptions, our current crop of elected representatives dishonor and demean the selfless gallantry that built this nation and defended freedom around the world. They failed to display the courage we expect of them.

Elected officials should take their Oath on the Bible, not the Koran or Communist Manifesto, and be held to it.

They should be made to swear they have read any bill they are casting a vote on.They should pledge to install a fair election process before the 2024 election cycle. They should legislate that all bills presented in the future be limited to one issue only, with no earmarks.

But that is not enough. To stand for our rule of law, they should follow the democrat example by investigating any and all alleged criminal activity such as illegal wiretapping by the Obama administration, giving false testimony to obtain FISA warrants, lying under oath and during testimony to congress, conspiring to bring false impeachment charges against a sitting President, using public office to profit from influence pedaling, and knowingly abetting the commission of election fraud while sabotaging border security .

In addition to the people who have openly engaged in the above practices, a legitimate justice department and honest House and Senate investigations should bring co-conspirators in private business and the media to answer for their behavior to the American people. And I’m not done yet!

I believe a serious investigation into how many people have needlessly lost their lives due to the denial of early therapeutic treatment for potential covid symptoms with proven successful drugs like Ivermectin and Hydroxychloroquine must be held in public, and those who helped propagate the media blitz to hide these potential remedies, should be held civilly and legally responsible.

The era of congressional republicans thinking of their sworn enemies as their “good friends across the aisle” must be recognized as dead and gone.