The euro is in trouble, and this could get very ugly for the world economy. 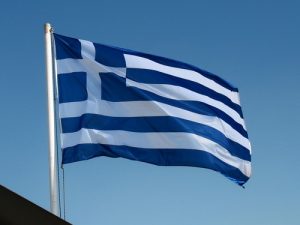 The ongoing financial crisis in Greece, which has lasted now for five years, took a very dramatic turn as the European Union bailout is set to expire tomorrow. The long and the short of it is that Greece is in debt. A lot of debt. The New York Times did a comprehensive piece on why the Greeks are in this predicament.

Greece became the epicenter of Europe’s debt crisis after Wall Street imploded in 2008. With global financial markets still reeling, Greece announced in October 2009 that it had been understating its deficit figures for years, raising alarms about the soundness of Greek finances.

Suddenly, Greece was shut out from borrowing in the financial markets. By the spring of 2010, it was veering toward bankruptcy, which threatened to set off a new financial crisis.

To avert calamity, the so-called troika — the I.M.F., the European Central Bank and the European Commission — issued the first of two international bailouts for Greece, which would eventually total more than 240 billion euros, or about $264 billion at today’s exchange rates.

The money was supposed to buy Greece time to stabilize its finances and quell market fears that the euro union itself could break up. While it has helped, Greece’s economic problems haven’t gone away. The economy has shrunk by a quarter in five years, and unemployment is above 25 percent.

The bailout money mainly goes toward paying off Greece’s international loans, rather than making its way into the economy. And the government still has a staggering debt load that it cannot begin to pay down unless a recovery takes hold.

And that recovery has not happened. The Greek economy is largely dependent on tourism.

Tourism is one of the main sources of earnings for the debt-ravaged economy. Last year, it directly contributed €17 billion ($19 billion), or 9% of Greece’s gross domestic product, through hotel bookings, and as much as €45 billion in indirect benefits from spending in shops, restaurants, tourist sites and elsewhere, according to the Association of Greek Tourist Businesses.

So, in a rebellion against the austerity measures that were imposed, the Greeks voted in the Syriza coalition last January, which is a far-left socialist party, with Alexis Tsipras as Prime Minister, who promised an end to the imposed austerity measures. One way the new Greek government suggested paying off debt was by calling for World War II reparations from Germany back in April. As Germany is one of the major bankrollers of the Greek bailout, that suggestion went over like a lead balloon. And the crisis has continued to worsen as Tsipras has danced to the edge of default, and appears prepared to step over that line.

In a series of tweets sent following his TV address, Tsipras said that, “what’s needed is patience and composure. The bank deposits of the Greek people are fully secure.”

Tsipras added, “The same applies to the payment of wage and pension — they are also guaranteed.”

Taking a dig at the European creditors Tsipras and his government have been so critical of throughout this process, he added that, “The dignity of the Greek people in the face of blackmail and injustice will send a message of hope and price to all of Europe.”

How the Greek government can promise to keep wages and pensions guaranteed when the government is broke, and no one wants to lend them more money, is beyond me. Which is why there has been a run on ATMs in Greece for the last few days.
https://twitter.com/AndreaTantaros/status/614946141591969792

As a result of the massive withdrawls, and in an attempt to stave off a complete run on the banks, the Greek government has announced that all banks will be closed until there is a referendum on continuing the austerity measures. Understandably, this made the international markets nervous.

Negotiations over Greece’s future have been dragging for months. The disagreements are about the extent of the painful reforms it must make to continue receiving the rescue funds that keep the nation’s finances afloat. But talks came to a halt Saturday after Tsipras announced he would hold a referendum on July 5 to ask Greeks whether they would accede to the austerity demands of the nation’s creditors. Greek leaders have urged their citizens to vote no.

The government early Monday published the decision to close banks until after the referendum, as well as to impose $66 daily limits on ATM withdrawals. Greeks can continue to pay bills online, but they cannot move their money abroad.

A Greek economic official also said that the Greek stock market would remain closed Monday. Most Asian markets were sharply lower on the news, and the euro plunged more than 1 percent against the dollar.

And tourists are being warned.

Foreign governments have advised travelers to Greece to bring along cash, warning of the liquidity crunch. The U.K.’s Foreign & Commonwealth Office is on standby to assist Britons vacationing in Greece, with a spokesman saying last week that contingency plans are in place to bring tourists back home. “We hope for the best, but clearly there is greater economic uncertainty in the euro area and it is right to have contingency plans in place,” the spokesman said.

What happens next is anyone’s guess. Greece is going to learn very quickly what the words “barter economy” means within the next week, as the ATM machines are bled dry of cash until the referendum. Is that going to be enough to convince them to vote for austerity?

Two opinion polls published Sunday indicated that more Greeks want to stay in the eurozone and make a deal with creditors than want a rupture with the country’s European partners. Both polls were conducted before Tsipras’ referendum call, but they provide an indication of public sentiment.

In the poll by Alco for the Proto Thema paper, 57 percent said they believed Greece should make a deal while 29 percent wanted a rupture of ties. A Kapa Research poll for To Vima newspaper found that 47.2 percent would vote in favor of a new, painful agreement with Greece’s creditors, compared to 33 percent who would vote no and 18.4 percent undecided.

Margaret Thatcher’s famous quote regarding socialism is about to be played out in the Eurozone. And the Greeks are going to have to live through it. 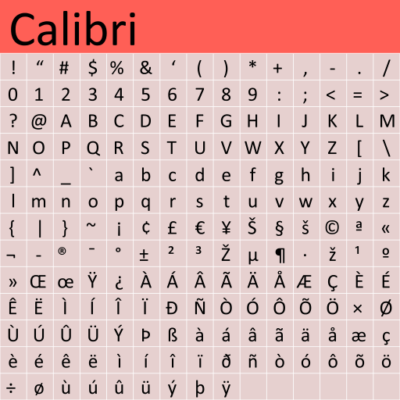