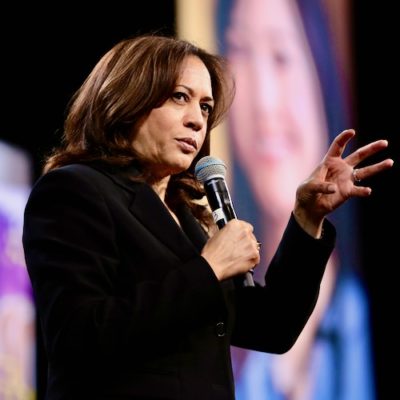 Next post
Kamala Harris: Fixing Border Crisis Is 'Not My Job' 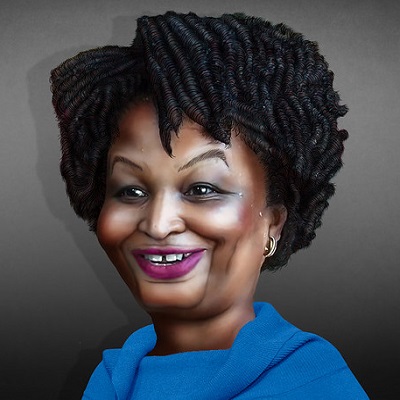 Who is doing the suing?

“…more than 30 partners ranging from the Nevada Chamber of Commerce to the National Restaurant Association, the Job Creators Network says baseball’s decision to boycott Atlanta over its objection to Georgia’s voting law is wrong and it is taking MLB to court.”

The MLB put themselves in the hot seat when they protested Georgia’s recent passing of election reform laws by moving the annual All Star Game out of Georgia, to Denver.

A nuance to the definition of being “woke” includes not knowing what the heck you’re talking about. Major League Baseball did that in spades and stepped in a steamy pile of nonsense by not paying attention to the players in the game they were just sucker punched in.

Let’s unpack how we got here. Go back to the 2018 election in Georgia where Stacey Abrams lost her bid for governor and to this day won’t concede because it would be some kind of weird admission about voter suppression. She’s a little bitter about anything regarding voting that doesn’t go her way, as you might imagine. Her name came up a lot in leftie media as a Democrat agitator when Georgia came under intense scrutiny during the cluster of fun known as Presidential Election 2020.

Having Stacey Abrams around is like having gum on your shoe, she won’t go away and creates a huge mess. She and her new bestie, President Joe, got in the ear of MLB Commissioner Rob Manfred and started using the word that makes people nervous–racism. Poof! The All-Star Game is in Denver.

JUST IN: @MLB announces it’ll move the All-Star Game and Draft out of Atlanta due to the state passing a new elections law last week. pic.twitter.com/rBVUQ6FMJG

Got it so far? Great. For a person of color in Georgia, she sure has a funny way of representing her community. Let’s factcheck the mess Stacey Abrams created with her bitterness and spite. Many states, including Colorado where Denver in located (that was for Stacey’s benefit in case she’s reading), have stricter voting laws than Georgia’s new voting law. Delaware, where Joe Biden hails from, has stricter voting laws than Georgia’s new law enacts. Commissioner Manfred, you hit a foul listening to these two.

Bottom line—Georgia’s new voting laws make it easier to vote, harder to cheat. Have you ever noticed cheaters always throw the biggest fit when the rules of the game change so they can’t cheat?

Okay, now what is going to happen when MLB Commissioner, Rob Manfred, freshly tanned from enjoying a Memorial Day weekend of baseball, reads the lawsuit on his desk Tuesday morning?

To file such a lawsuit, there must be actual damages, and oh are there damages. The loss of revenue to Atlanta businesses is in the hundred-million-dollar range.

“The  Cobb County Travel and Tourism Bureau estimates $100 million in lost business to the Atlanta area.”

“Nearly 30% of Atlanta’s businesses are black-owned, landing it the fifth-place…ranking of ‘Best Cities for Black-Owned Business in 2021.’”

Manfred might take a Zoom call with Cincinnati Reds owner, Ken Blackwell, who is fully aware (not woke) of the deep history African Americans have played in breaking color barriers in Major League Baseball.

The closing of Major League Baseball stadiums due to COVID already cost the league a cool $4 billion, being “woke” has projections of costing the league fans and, consequently, money. So what’s a $100 million costly lawsuit to a league that seems to be hemorrhaging money?

Time to find another sport to enjoy. You know, like watching expensive lawsuits play out in courts to the tune of millions of dollars. Or waiting to see how long it takes Stacey Abrams to return Rob Manfred’s call–if ever. Stacey Abrams, and her besties, left the steamy pile of chaos, Manfred stepped in it. It’s his costly pile on his desk now.