George Floyd and the Dueling Autopsies

George Floyd and the Dueling Autopsies 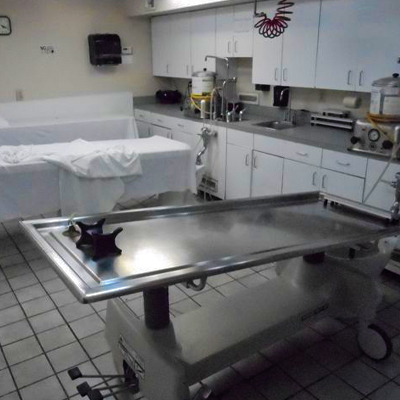 When George Floyd died under the knee of a Minneapolis police officer, the nation waited for the autopsy report. But the Hennepin County medical examiner’s account seemed like weak sauce: the preliminary autopsy report said that Floyd did not die of asphyxiation or strangulation. Rather he died of a combination of health conditions and any intoxicants, if present.

According to the criminal complaint:

“The combined effects of Mr. Floyd being restrained by the police, his underlying health conditions and any potential intoxicants in his system likely contributed to his death.”

But you know that someone would challenge the county autopsy, and the family of George Floyd hired some big guns to counter the ME. These were medical examiners Dr. Allecia Wilson and Dr. Michael Baden. They released the results of their autopsy on Monday, and it disagrees with the Hennepin ME.

A statement provided by the Floyd family attorney Ben Crump claims that Floyd died of asphyxiation.

“. . . sustained pressure on the right side of Floyd’s carotid artery impeded blood flow to the brain, and weight on his back impeded his ability to breathe.”

Crump added that George Floyd’s diaphragm was unable to properly function due to an additional combination of handcuffs and his position on the ground.

While Dr. Wilson is the Director of Autopsy and Forensic Services at the University of Michigan, Dr. Baden has a certain celebrity stature. He testified at the O.J. Simpson trial, and performed private autopsies on Aaron Hernandez and Jeffrey Epstein. Certainly when Baden talks, he gets a lot of attention. 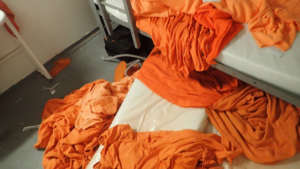 Baden disagreed that George Floyd had underlying health conditions. He also countered the notion that if Floyd was talking, he was able to breathe adequately.

“What we found is consistent with what people saw. There is no other health issue that could contribute to the death. Police have this false impression that if you can talk, you can breathe. That’s not true.”

“The evidence is consistent with mechanical asphyxia as the cause of death and homicide as the manner of death.”

“It does seem to me though, if the officer didn’t have his knee on his neck and being in prone position and with other officers holding him down, restraining him the way he was, had they not done that, he would be well and alive. It was the straw that broke the camel’s back.”

However, within hours after Drs. Baden and Wilson released their report, the Hennepin ME stepped up and released an updated report. It now said that Floyd died of cardiopulmonary arrest — a heart attack — and also noted that Floyd had fentanyl in his system at the time. He also had recently used methamphetamines.

The restraint by the police officers brought on the attack.

ME report confirms the initial thought of experts in use of force that the hold was a recipe for compressional asphyxia induced heart attack. https://t.co/qnUosTQaPS pic.twitter.com/qvC4nCZ73i

However, Officer Derek Chauvin is still charged with third-degree murder and manslaughter. So will the new results from the ME and the Wilson-Baden team change that?

Attorney and talk-show host Mark Levin thinks he should have been charged with second degree murder.

1. It's clear to me from the video, which is not a snippet but a fairly lengthy video, that Derek Chauvin should've been charged with second degree murder, not third degree murder, regardless of which of the autopsies is accurate.

Whereas former prosecutor and South Carolina Rep. Trey Gowdy says Chauvin should’ve been charged with murder in the first degree.

“Nobody thinks these cops went to the scene with the intent to kill him. But at some point when you’re being warned that your conduct is taking someone’s life, Isn’t that premeditation? . . . . So murder three is the easiest charge. But I was never a prosecutor that liked to go for the easiest thing. I think you need to do what fits the facts. And to me, I think is a murder one charge.”

So what’s happening here? Did the Hennepin medical examiner’s office try to circle the wagons at first and give Derek Chauvin sort of a break? After all, the Minneapolis police department has a real black eye right now, so were they trying to lend it cover? Or maybe the district attorney was looking for the most likely conviction, and the ME’s office was trying to provide evidence for a lighter sentence.

But now, perhaps the expertise of Dr. Wilson and the very-famous Dr. Baden lead the ME’s office to find that yes, Chauvin had more to do with the death of George Floyd than it wanted to admit. Such pressure could have caused the ME to change their tune.

Time, of course, will tell. But even after the riots settle down and a trial begins, there will be no easy way out of this. And if Derek Chauvin gets off too easy, expect the violence to begin again.