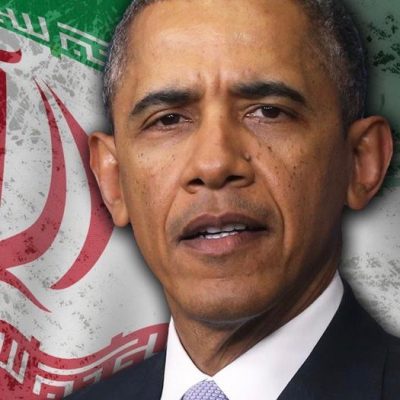 Do you remember almost 15 years ago the Democrats engaged in massive DERP! and claimed President George W. Bush was unfit for office? 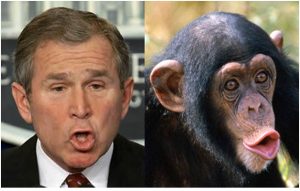 I do. I remember the proglodytes’ seizures at the thought of BushChimpyMcHitlerHalliburton “lying” to the American people about Iraq’s weapons of mass destruction and demands that he be “chimpeached.” I remember the vivid comparisons between President Bush and chimpanzees. I remember some lawyer named John Whitbeck publishing a screed in the Arab media, claiming Bush was either an idiot or a liar, and it didn’t matter which, because in either case Bush was unfit for office.

The attacks on President Bush were indecent and malicious throughout his two terms in office. The Democrats were on the warpath. In June 2008 Congressmen Dennis Kucinich and Robert Wexler, introduced 35 articles of impeachment against President Bush in the House of Representatives. The effort never went anywhere, other than the Judiciary Committee where the resolution was left to languish until Bush left office.

And now it’s starting again. With liberals, history seems to repeat itself every few years. Psychiatrists are mobilizing a (bowel) movement to help remove Trump from office, claiming he is mentally ill, and therefore unfit to lead the country. Never mind not one of them has actually examined the President; apparently watching him on TV is enough to make a medical diagnosis about his mental health. Aren’t doctors prohibited from using their ostensible “medical skills” to impose their political views on others? Something about that “do no harm” thingy. But apparently, their Hippocratic Oath doesn’t matter, because there’s someone in office they don’t like!

It is difficult to explain Trump’s poor record of leadership, though it might be the result of inexperience and unwise policies that command the support of only 35 to 40 percent of the country’s voters. But more compelling is the likelihood that we are dealing with someone who is indifferent to how almost all presidents have behaved in the recent past.

I don’t want to engage in whataboutism here, but…

Their idol Barack Obama has told some real doozies in his day, including the lie of the decade: “If you like your doctor, you can keep your doctor.”

And who can forget the audacious, repulsive lie about the event that cost four American heroes, including the US Ambassador to Libya, their lives! The Obama Administration knew exactly what those attacks were pretty much the day they took place, and yet, they chose to promote the “viral, anti-Muslim video” narrative, because you couldn’t be possibly seen as weak on terrorism when you have already declared the War on Terror won and al Q’aida decimated – especially not so close to the 2012 elections!

Call me crazy, but lying about our national security and the War on Terror, as well as lying to advance legislation that cost millions their health care and impacted lives and livelihoods is a bit more egregious than lying about how many people attended your inauguration, or failing to build that “big, beautiful wall” one year into a presidency. But hey, it’s OK to lie about that stuff if you’re a Democrat, right?

Just like you are entitled to the benefit of the doubt about sexual harassment claims if you’re an “icon,” right Nancy?

But since the Democrats don’t like Donald Trump, he must be relieved of the election he fairly won against a candidate whose lies to this day I think are unmatched.

The 25th Amendment offers to the vice president and Cabinet the possibility of suspending Trump’s presidential authority. They could justify it as a guard against imperiling the country’s stability and national security that preserve our democratic system.

The Constitution is archaic and outdated when it comes to individual rights like the Second Amendment, but when libprogs want to remove someone they don’t like from the White House, the Constitution is a cool new tool they can’t wait to wield!