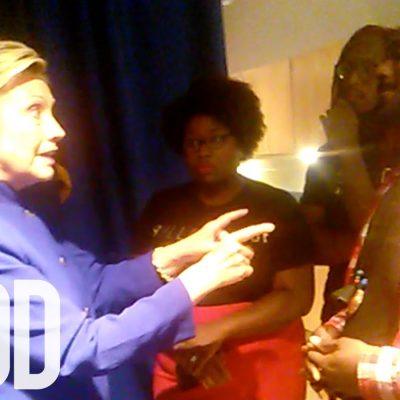 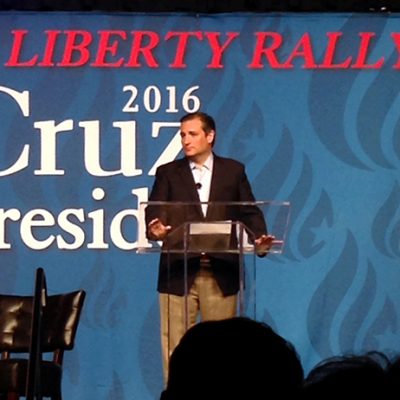 Yesterday, two Americans, believed to be United States Marines and later confirmed as Air Force airman Spencer Stone and Oregon National Guard member Alek Skarlatos, apprehended a gunman who after he opened fire on a high-speed French train travelling from Amsterdam to Paris. They were assisted by Anthony Sadler, from California, and British national Chris Norman.

Of the three passengers injured, two are critical; one hurt by a gunshot and the other with a knife and a third is being treated for minor injuries, according to the French daily Le Monde. The 26 year-old armed Moroccan man was arrested

The incident happened on the high-speed Thalys service near Arras on Friday.

Alek Skarlatos, of Roseburg, Oregon, said he and his companions heard a gunshot and breaking glass while on their Thalys train at around 3.45pm on Friday.

“I saw a guy entering the carriage with an AK and a handgun, at that point I ducked down and my friend Spencer, next to me, ducked down and I just looked over at Spencer and said: ‘Let’s go’. Then I grabbed the AK (assault rifle), which was at his feet, and started muzzle thumping him in the head with it,”-Alek Skarlatos

Spencer Stone, an airman first class in the Air Force, reached the attacker first and grabbed him by the neck, Skarlatos said.

Anthony Sadler, a senior at Sacramento State University, who was traveling with Stone and Skarlatos, assisted in the attack:

“Spencer makes first contact, he tackles the guy, Alek wrestles the gun away from him, and the gunman pulls out a boxcutter and slices Spencer a few times.

“And the three of us beat him until he was unconscious.

“The gunman never said a word.” 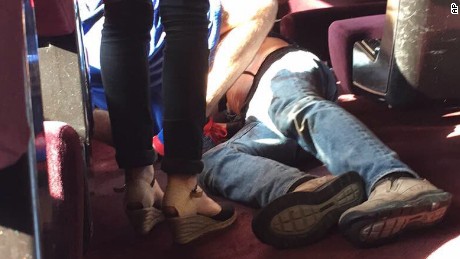 Thwarted train gunman Ayoub El-Qahzzani was part of an Islamic terrorist cell which came within hours of carrying out a ‘major’ attack in Belgium before it was shut down in a deadly fire-fight with police, according to French media reports.

El-Qahzzani has been linked to a gang of Muslim fanatics in Belgium who opened fire on anti-terrorism officers when Special Forces closed in on them near the railway station in the eastern city of Verviers, in January 2015.

Two terrorist suspects were killed and a third was arrested in the operation, close to the Belgian border with Germany.

Now El-Qahzzani has been linked to this terrorist cell, which was made up of Islamic extremists who had returned to Europe after fighting against the Assad regime in Syria.

France’s La Voix du Nord newspaper reported: ‘According to our sources, he [Al Qahzzani] was part of the same jihadist group which attacked on Belgian anti-terrorist police in a violent fire-fight in January 2015, in Verviers, near Liege.

“It appears that he had been identified as a potential security threat by the Spanish authorities who had alerted French authorities and had asked them for further information about him.”-Daily Mail

Most of the train’s 554 passengers were taken to a gym hall shortly after the train was stopped to be identified. French Interior Minister Bernard Cazeneuve has called the actions of Skarlatos, Stone, Spencer and Norman praised their “great bravery in trying circumstances.” French President Francois Hollande thanked the men via a phone call and is slated to meet with them personally over the next few days.

A White House official, speaking on behalf of President Obama stated, “expressed his profound gratitude for the courage and quick thinking of several passengers, including U.S. service members, who selflessly subdued the attacker.”

The Mayor of the French city of Arras, Frederic Leturque, also praised the valiant efforts of these men:

On behalf of us at here Victory Girls and our great nation, we express our utmost gratitude to these brave men who put themselves in harm’s way yesterday and are willing to do so every day so that others will live another to see their loved ones. We are grateful for their vigilance and fortitude in a war that extends beyond the traditional battlefields and wants to take our innocents along with them.