Next post
"Roll Up Your Sleeves" NBC Special For Covid Vaccine 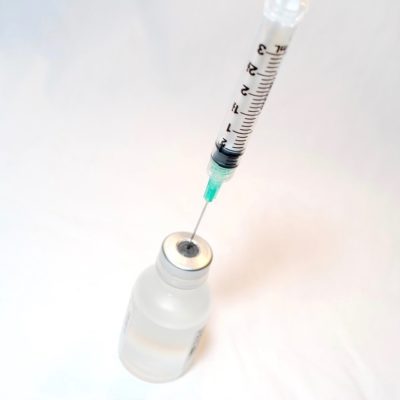 Chalk up yet another demerit against our supposed scientific “betters” in the public health arena. The FDA and CDC announced today that all doses of the Johnson & Johnson (technically called the Janssen vaccine) are being “paused.”

Why are they doing this? Well, the FDA and CDC say there are six cases of a “rare & severe” blood clot issue that needs to be looked at.

As of 4/12, 6.8m+ doses of the J&J vaccine have been administered in the U.S. CDC & FDA are reviewing data involving 6 reported U.S. cases of a rare & severe type of blood clot in individuals after receiving the vaccine. Right now, these adverse events appear to be extremely rare

Yes, you are reading this right. Out of the nearly 7 million doses of the Janssen vaccine that have been given, there have been SIX reports of this type of blood clot. SIX. Statistically, that is less than the number of women who will develop some kind of blood clot while using birth control – one in 1000 women a year. Per the CDC’s own numbers from 2015-2017, 12.6% of 46.9 million women aged 15-49 years old are using a birth control pill. If my math is correct, that equals just over 5.9 million women using the pill. Since oral contraceptives are known to raise the risk of developing a blood clot, this means, dividing by 1000, that 5,900 women a year will develop a blood clot related to their oral contraceptives. Why is this relevant? All six reported cases of a blood clot after a Janssen vaccine are from women ages 18-48. According to the New York Times, one woman died and another either is or was in critical condition. Correlation is NOT causation, but the FDA and the CDC are completely risk-averse when it comes to anything related to COVID.

If you watch the above clip, the anchor immediately illustrates the problem with the media by claiming, with zero proof, that the blood clots are an adverse effect from the vaccine. We don’t KNOW that. How can anyone, let alone a talking head on “Good Morning America,” be sure that the Janssen vaccine is the cause of these blood clots? Again, the six cases were all from women ages 18-48. Are the FDA, CDC, and the media absolutely positively 100% CERTAIN that the Janssen vaccine is at fault here, or could it be something else?

The bottom line is that the FDA and CDC simply don’t know, but the problem is that in announcing this “pause,” they cast doubt on the vaccine itself. Public health officials have continually undermined their own authority during this entire COVID pandemic. This is just another example.

6 cases out of 7 million people. What a disaster. This is going to get people killed. And it's going to create more vaccine hesitancy. These people don't understand cost-benefit analysis. They keep making mistakes by orders of magnitude. https://t.co/DQdvqoujHR

The FDA and CDC, and their chosen mouthpieces, are seemingly incapable of any kind of risk assessment. That’s how we get the head of the CDC talking about her “feelings” of fear and doom on video, Fauci not being honest about masking or schools, and the CDC hedging what activities vaccinated people should be doing or if kids should be back in school. And now, they are throwing states and cities that were using it into a tizzy, trying to find alternative Pfizer or Moderna doses. No wonder the CDC told Michigan to just go back into lockdown and refused to give them any more vaccines just yesterday! They HAD to have known this was coming! The FDA and CDC did not just wake up this morning and say, “huh, let’s call off the Johnson & Johnson vaccine today because we JUST got this data in our inboxes.”

In a press call after their announcement this morning, the FDA and CDC are saying that this “pause” should only take a few days, and that this is a “recommendation,” not a “mandate.” Too late. They have completely undermined confidence in the Janssen vaccine in one fell swoop, and even though we have zero direct proof that the vaccine caused the adverse reaction of blood clots in these six women, is anyone still going to be willing to take the only one-shot vaccine that has been approved? Especially when the FDA and CDC say that it should just take a few days to “update” their recommendations on blood clots, and then Anthony Fauci decides to shoot his mouth off during a DIFFERENT press conference.

Full Fauci quote on whether J&J vaccine will return to market: "I wouldn't want to speculate as to what would happen often when you see things like this, that you pause and come back. Whether or not that happens now I can't guarantee it…"

Adds decision will be "days to weeks"

If the FDA and CDC were looking to maintain control of the American people, how would they have handled these last couple of days – or this last year – any differently? They giveth with one hand and taketh away with the other, and then wonder why no one wants to listen to them. It’s a real head-scratcher, I tell you.