Previous post
What Mexican Drug Cartels, ISIS, and Ebola Have In Common

FBI Outraged at Apple for Locking Out Police

FBI Outraged at Apple for Locking Out Police

It appears that it’s not just iPhone owners upset about iOS 8 glitches or bending iPhones.

Add the FBI, upset that Apple and Google have developed encryption into their newest devices that law enforcement cannot crack for stored information, even with search warrants.  (Google is to add encryption to its Android phones later.)

“There will come a day when it will matter a great deal to the lives of people . . . that we will be able to gain access. . . . I want to have that conversation [with companies responsible] before that day comes.”

His remarks were made after finding that iOS 8 is so thoroughly encrypted that even Apple itself could not unlock iPhones or iPads for the authorities.

In what appears to be scolding those bad, bad tech giants Apple and Google, Comey claimed he couldn’t understand why they would “market something expressly to allow people to place themselves beyond the law.”

John J. Escalante, chief of detectives for the Chicago Police Department, in an attempt to frighten parents everywhere, claims that:

“Apple will become the phone of choice for the pedophile. The average pedophile at this point is probably thinking, I’ve got to get an Apple phone.”

What the FBI and other law enforcement agencies just don’t seem to understand is the wrath felt by honest Americans who don’t want their information stored and examined as if they’re terrorists or even common criminals. The exposure by Edward Snowden of the NSA shenanigans set the stage for suspicions of authorities now held by many citizens. One poster commented at Lucianne.com, the weblog maintained by Lucianne Goldberg of Lewinsky-Clinton scandal fame, wrote:

“Government might have a sympathetic case if citizens were confident that big government agents would use smart phone data to investigate criminals rather than spy on law abiding political opponents.”

The writers at MacDailyNews.com, commenting on the Comey complaints, asked “How did these people do their jobs before 2007 when Steve Jobs delivered the smartphone to the world?”

“A note to FBI Director James B. Comey: Dear lazy bastard, stop whining and go read the Fourth Amendment to the United States Constitution for what sounds like will be the first time in your life.

Again, prior to 2007, there were no evidence bonanzas from warrantless searches and seizures available right in suspects’ pockets and, yet, somehow, law enforcement personnel actually managed to solve crimes without infringing citizen’s basic constitutional rights. Use valid search warrants the way you used them before Steve Jobs gave the world the modern smartphone and tablet.

Let’s go back to following the U.S. Constitution, shall we? If it takes force from leaders like Apple for constitutional rights to be enforced, so be it.” 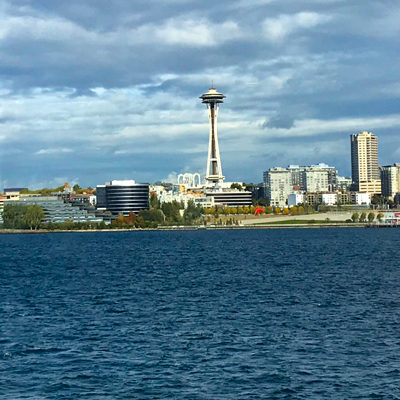