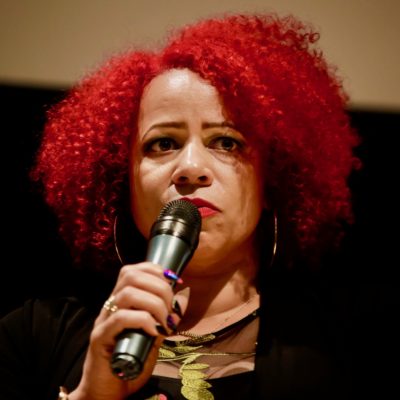 Next post
Media Racism Front And Center On Election Night 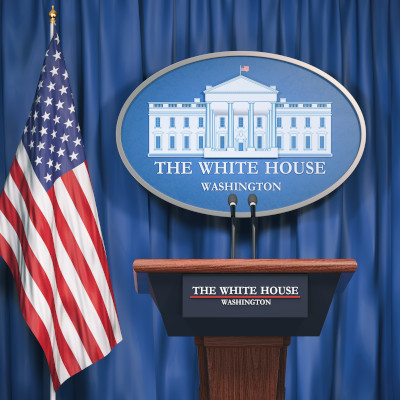 No one said it was going to be easy. We knew long before the polls closed last night that the chances of knowing who won the presidential race before morning were slim to none. Now, as morning dawns, we are a little closer to knowing who may be sitting in the Oval Office for the next four years but here’s a dose of reality. This election may come down to the what the courts decide.  However, even if we lose the White House, the country is not lost. A look at the down ticket results in much of the country prove it.

As of 0600 Central, the media can’t get its numbers straight. Not that I’m surprised. According to the New York Times, Biden leads Trump in the electoral vote 227 to 213. The number of votes yet to be determined are 98. Fox, on the other hand, has Biden with 238 votes to Trump’s 213. Of course, this is the same Fox that called a state early on for Biden when their own vote count showed Trump ahead. CNN has the numbers at Biden with 224 and Trump 213.

Let’s face it, the media doesn’t know what is happening right now. They are using arcane hand-wavium coupled with how states voted in the past to try to predict the winner. There are still states outstanding and those states, those electoral votes, will determine the outcome.

To win the election, a candidate needs at least 270 electoral votes. As I write this, the states of Nevada, Arizona, Michigan, Wisonsin, Pennsylvania, Georgia, North Carolina and Maine are still undecided. Those states represent a total of 98 electoral votes if my math is right. Taking the 213 electoral votes for Trump (which seems to be the agreed upon number), the President needs 57 more votes to win re-election.

If you look at the election map, as of 0615 Central, three of the states were too close to call. Nevada, Michigan and Wisconsin had less than 1% of the vote separating the candidates. Biden led, if you can call it that, in Nevada and Wisconsin with Trump leading in Michigan. Trump has a solid lead in Pennsylvania. He is leading in Georgia and North Carolina.

If he holds on and wins those states, he will add 67 electoral votes to his tally.

As for Biden, he holds a fairly solid lead in Arizona and Maine. Those two states would add 15 votes to his electoral count, bringing in up to 239 (using CNN’s numbers). The other states currently not being called by most of the media are simply too close to call.

This isn’t to say Trump has it in the bag. He doesn’t. There are still too many votes outstanding, even in those states already called for one candidate or another. But it also means this is not the time to panic. It is the time stand strong.

The Senate and the House

As with the presidential race, the media isn’t exactly agreeing on where things stand. Politico has it at 47 seats for the Dems and 47 for the Republicans. The NYT agrees with the numbers with a bit more information. The Dems manages to flip two seats, including Mark Kelly winning in Arizona. However, they also lost a seat in Alabama. So they have a net gain so far of one seat. CNN has the count at 46 seats to the Dems and 47 to the Republicans.

In other words, it is still too close to call and we’re going to have to wait as more votes are processed.

In other words, no one really knows what is going to happen once the votes are finally tallied.

Or, more accurately, the dangers.

The first is voter fraud. Despite what the media and certain policians would have us believe, it does exist. The threat of it is very real this election simply due to the number of mail-in ballots received. I don’t know about you, but I would rather the election officials take a little more time verifying the ballots than rushing through and letting potentially fraudulent ballots count.

Going hand-in-hand with voter fraud are invalid ballots for other reasons. Here’s an example of what election officials around the nation face with this election. This is a screen grab from the Tarrant County, TX elections website.

The number of absentee ballots may go up because the office can accept them through end of business today, assuming they were postmarked by yesterday. The next issue is that some of those “defective” ballots aren’t defective because someone failed to fill them out properly or there is a question of eligibility. They are defective because the printer screwed up (or there’s a software glitch with the scanners. That hasn’t quite been determined). What they do know is the barcodes on the ballots won’t scan. So officials are having to transfer the votes by hand onto new ballots and then scan them. I don’t want to think someone might play fast and loose there but it is a possibility and one I guarantee you will be looked out by at least one political candidate before all is said and done.

Nor is this issue of an insane number of mail-in ballots being recieved limited to Tarrant County. It is happening around the nation and it will take time for those ballots to be verified and counted. That means we will see delays.

It would be easy to despair right now. Frankly, I know a lot of folks who are. But we can’t. First, that proverbial fat lady hasn’t sung. Second, giving up is exactly what the Dems want us to do. But look at the states they tried so hard to turn in the vote. Look at my state of Texas. We saw them pouring millions into the 2016 election and they failed to unseat Ted Cruz even though he did very little campaigning. This year, they–not to mention the Never-Trumpers and the Lincoln Project–threw millions into unseating John Cornyn and other Republicans on the state and national levels. Not only did they fail, they did so miserably in some races.

The Daily Mail has some very interesting observations about the vote. Observations we would do well to keep in mind as we go through the day and watch as more results come in:

Democrats hoping to easily wrestle control of the Senate from Republicans in Tuesday’s election were met with disappointment, as the race was tied 47-47 in the early hours of Wednesday morning. . .

But the early optimism disappeared as Georgia went into a runoff between GOP Sen. Kelly Loeffler and Democrat Raphael Warnock. There was a special election for the seat Loeffler was appointed to fill after the retirement of GOP Sen. Johnny Isakson.

Republicans also scooped up a seat in Alabama with Tommy Tuberville beating Democratic Sen. Doug Jones, who looked emotional as he conceded the race. . .

Democrats were also met with slight disappointment with the results in the House currently holding out 188 to 181. Although they are poised to remain in control, they lost at least six incumbents and failed to oust any Republican lawmakers in initial returns.”

In other words, the gap is narrowing in the House–suck on that for awhile, Pelosi–and the Senate is not lost. At least not yet.

Have we lost the White House?

Possible, but that is not yet a foregone conclusion.

There is a reason there are three branches of our government. We can lose one–hell, we can even lose two, though I hate that thought–but our republic can survive. IF we fight for it. And, thanks to President Trump, the Supreme Court appears to be safe. Sure, the Dems have threatened to pack the court. But if Franklin Roosevelt couldn’t do it, do you really think this crop of Dems can?

Most of all, don’t give up. All is not lost, not by a long shot.