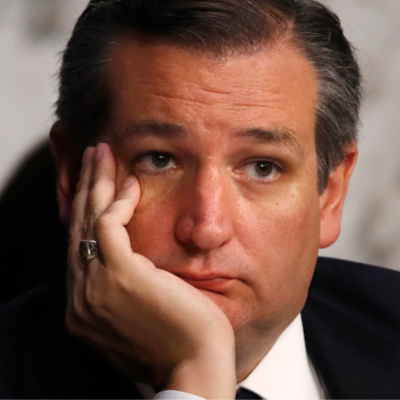 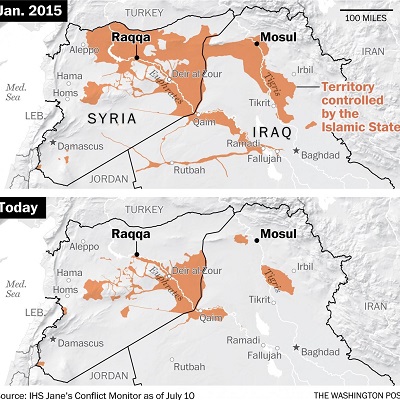 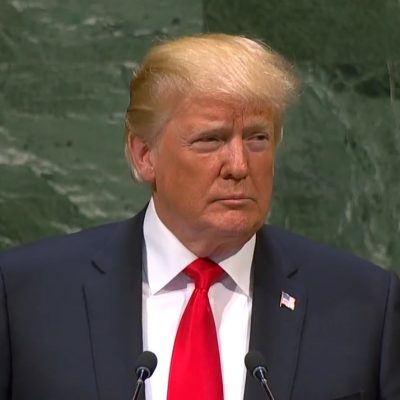 President Donald Trump gave a speech this morning to the United Nations General Assembly. One thing you have to say about him – he’s consistent on his messaging. While he opened up with his usual grandiose messaging, he played the moment well, and kept going.

The complete speech can be viewed here:

So what triggered the giggles?

President Trump was met with awkward laughter from a U.N. General Assembly audience on Tuesday while boasting of successes under his administration, but brushed off the response as he doubled down on an “America First” agenda at the globalist body.

Trump prompted laughter and gasps from the audience when he claimed that “in less than two years, my administration has accomplished more than almost any administration in the history of our country.”

“I didn’t expect that reaction, but that’s OK,” he chuckled in response.

President Donald Trump always does well on script, especially in these types of speeches. Here are a few good takeaways from the speech (transcript available here):
1) Respect has to go both ways, and President Trump was pretty blunt on that point.

This is great news for our citizens and for peace-loving people everywhere. We believe that when nations respect the rights of their neighbors, and defend the interests of their people, they can better work together to secure the blessings of safety, prosperity, and peace.

Each of us here today is the emissary of a distinct culture, a rich history, and a people bound together by ties of memory, tradition, and the values that make our homelands like nowhere else on Earth.

That is why America will always choose independence and cooperation over global governance, control, and domination.

I honor the right of every nation in this room to pursue its own customs, beliefs, and traditions. The United States will not tell you how to live or work or worship. We only ask that you honor our sovereignty in return.

The president highlighted this point again when addressing illegal immigration.

We recognize the right of every nation in this room to set its own immigration policy in accordance with its national interests, just as we ask other countries to respect our own right to do the same — which we are doing. That is one reason the United States will not participate in the new Global Compact on Migration. Migration should not be governed by an international body unaccountable to our own citizens.

2) We are not going to be handing out foreign aid just because it is expected of us. There is no reason that we should be giving money to countries that hate the United States.

Iran’s leaders sow chaos, death, and destruction. They do not respect their neighbors or borders, or the sovereign rights of nations. Instead, Iran’s leaders plunder the nation’s resources to enrich themselves and to spread mayhem across the Middle East and far beyond.

The Iranian people are rightly outraged that their leaders have embezzled billions of dollars from Iran’s treasury, seized valuable portions of the economy, and looted the people’s religious endowments, all to line their own pockets and send their proxies to wage war. Not good.

Iran’s neighbors have paid a heavy toll for the region’s [regime’s] agenda of aggression and expansion. That is why so many countries in the Middle East strongly supported my decision to withdraw the United States from the horrible 2015 Iran Nuclear Deal and re-impose nuclear sanctions.

The Iran deal was a windfall for Iran’s leaders. In the years since the deal was reached, Iran’s military budget grew nearly 40 percent. The dictatorship used the funds to build nuclear-capable missiles, increase internal repression, finance terrorism, and fund havoc and slaughter in Syria and Yemen.

The United States has launched a campaign of economic pressure to deny the regime the funds it needs to advance its bloody agenda. Last month, we began re-imposing hard-hitting nuclear sanctions that had been lifted under the Iran deal. Additional sanctions will resume November 5th, and more will follow. And we’re working with countries that import Iranian crude oil to cut their purchases substantially.

We cannot allow the world’s leading sponsor of terrorism to possess the planet’s most dangerous weapons. We cannot allow a regime that chants “Death to America,” and that threatens Israel with annihilation, to possess the means to deliver a nuclear warhead to any city on Earth. Just can’t do it.

4) President Trump stands behind Ambassador Nikki Haley’s decision to leave the UN Human Rights Council, and will not cede jurisdiction to the International Criminal Court.

I spoke before this body last year and warned that the U.N. Human Rights Council had become a grave embarrassment to this institution, shielding egregious human rights abusers while bashing America and its many friends.

Our Ambassador to the United Nations, Nikki Haley, laid out a clear agenda for reform, but despite reported and repeated warnings, no action at all was taken. So the United States took the only responsible course: We withdrew from the Human Rights Council, and we will not return until real reform is enacted.

For similar reasons, the United States will provide no support in recognition to the International Criminal Court. As far as America is concerned, the ICC has no jurisdiction, no legitimacy, and no authority. The ICC claims near-universal jurisdiction over the citizens of every country, violating all principles of justice, fairness, and due process. We will never surrender America’s sovereignty to an unelected, unaccountable, global bureaucracy.

There was nothing earth-shattering or shocking contained in the president’s speech. It was exactly the kind of speech that one would expect Donald Trump to give. And it’s exactly the kind of speech that Barack Obama would never be capable of giving. Even after over a year of President Trump being the one giving the speeches in places like the United Nations, it’s still incredibly refreshing to not have to listen to constant apologies for the United States.