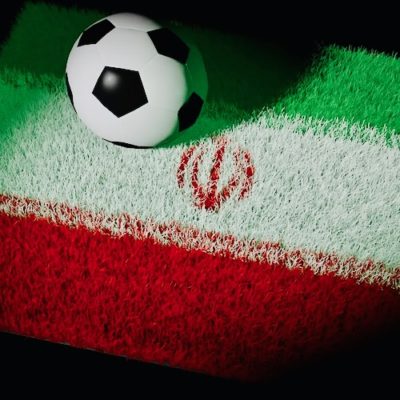 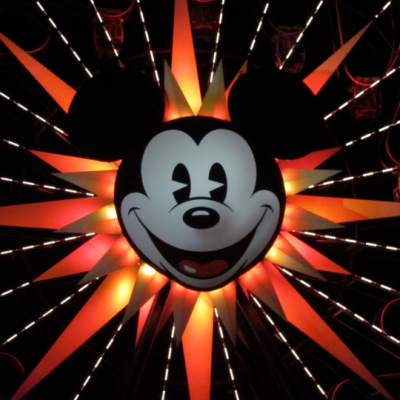 Disney, as a company, has not been a very happy place lately. And the situation has gotten to the point where its board of directors announced late Sunday that its current CEO, Bob Chapek, was being shown the door.

Chapek became CEO in February of 2020. Hmmm, I wonder what else was just about to happen in that point in history?

… the novel coronavirus pandemic took its toll on the company, shutting its theme parks and cruise ships, and stopping almost all film and TV productions. It also, however, turbocharged streaming growth, with Chapek leaning into streaming by reorganizing the company to focus on digital.”

But his tenure has also been rocky, marked with controversies and distractions. From the aggressive campaign against Marvel star Scarlett Johansson that resulted in a settlement over pay for Black Widow, to Disney’s response (or lack thereof) to Florida’s so-called “Don’t Say Gay” bill, Chapek has had to deal with a wide array of public misfires during his relatively brief tenure atop the company.”

But in addition to the public controversies, Disney’s business has also begun to falter in recent quarters.”

Chapek announced on Nov. 11 that the company would freeze hiring and stop all non-essential travel, with layoffs likely to follow as his executive team sought to trim costs.”

And while Disney gains subscriptions at a rapid clip — some 235 million across Disney+, ESPN and Hulu — the company’s streaming losses have continued to grow, to nearly $1.5 billion in its most recent quarter, making it that much more challenging to hit its profitability target.”

Let’s pick apart what has been going on at Disney since February 2020. First, the pandemic killed the tourist industry, shutting down all of the Disney theme parks worldwide. Now, thanks to Governor Ron DeSantis, Walt Disney World in Florida reopened with limited capacity in July of 2020, which meant jobs for Floridians and a financial shot in the arm to Disney. By contrast, Governor Gavin Newsom kept California locked down much, much longer. Disneyland didn’t reopen until April 30, 2021, over a year after it closed. You would think that Disney would think about how the states were handling reopening – and the survival of their business – and not mess with Florida. Well, they didn’t learn that lesson.

Disney decided to open its corporate mouth and opine on politics because their fashionable leftist Hollywood friends told them to. The company gave their opinion on the Florida “Parental Rights in Education” Bill this last March, all because the media decided to dub it the “Don’t Say Gay” Bill and then pressed Disney, as a large employer in the state of Florida, to make a statement. And they did.

That statement ended up costing Disney. Governor Ron DeSantis was not happy.

The spat began nearly a month ago, when Disney chief executive Bob Chapek issued a statement criticizing a parental rights law that prohibits discussions of gender issues in public school classes up to third grade and potentially through high school. Chapek said the company would work to repeal the law, seen by many to be potentially harmful to LGBTQ youth. That seemed to infuriate DeSantis.

“You‘re going to marshal your company’s might to attack the parents of Florida?” DeSantis said Friday. “We view that as provocative.”

The dissolution of the Reedy Creek Improvement District won’t happen until June 2023, but officials in surrounding communities worry about how they’ll manage a more than $1 billion debt obligation that would shift from Disney to local governments. They also say the $163 million a year Disney pays for public services within the special district would be a “catastrophic burden” that could eventually raise individual property taxes $2,500 a year.

Now, the complete fallout hasn’t yet occurred for Disney yet because the law won’t go into effect until next year, but you better believe that this was not a stellar move on Bob Chapek’s part. Still, the company gave Chapek a contract extension this last June. So, what happened?

We might never know, but Disney’s bottom line has definitely taken a hit due to the pandemic shutdowns (which robbed them of reliable revenue to the tune of $2.6 billion), the movies that would have been released in theaters that instead went to their streaming platform instead, and their pervasive “gay” agenda being inserted into their entertainment for kids, which got outed by Christopher Rufo.

SCOOP: I've obtained video from inside Disney's all-hands meeting about the Florida parental rights bill, in which executive producer Latoya Raveneau says her team has implemented a "not-at-all-secret gay agenda" and is regularly "adding queerness" to children's programming. pic.twitter.com/eJnZMpKIXT

Add in the obvious silence from Disney about the human rights abuses in Xinjiang, where the company decided to film their live-action version of “Mulan,” and their hypocrisy looks even worse. It also doesn’t help the company when heiress Abigail Disney decides to show off her “woke” credentials by slamming her great-uncle Walt and her grandfather Roy for building the throne that she sits on.

The wealthy film producer and activist spoke with Maron about her new documentary that takes aim at her family’s company, called “The American Dream and Other Fairy Tales,” as well as her family’s battle with addiction.”

Disney told Maron that while her great-uncle Walt was a “chaotic genius,” he and his brother played up prejudices of the time.”

“They weren’t shy about delving into the stereotypes if it served them,” she said.”

The National Association for the Advancement of Colored People called out Disney when he made “Song of the South,” a 1946 film set in the Reconstruction-era American South that reinforced racist stereotypes.”

“When they made ‘Song of the South,’ people from the NAACP came to the studio and they said, ‘Please don’t do it this way. Please talk to us,’” she said, noting that her family pushed ahead anyway.”

“In some enclosed way, Disney is an American fascist fantasy,” Maron said.”

And people wonder why the Disney company is in trouble? The Disney family can’t even shut up about their own particular self-loathing! Which leads us to the announced hiring freeze on November 11th.

“We are limiting headcount additions through a targeted hiring freeze,” CEO Bob Chapek said in a memo to division leads sent Friday and obtained by CNBC. “Hiring for the small subset of the most critical, business-driving positions will continue, but all other roles are on hold. Your segment leaders and HR teams have more specific details on how this will apply to your teams.”

He added: “As we work through this evaluation process, we will look at every avenue of operations and labor to find savings, and we do anticipate some staff reductions as part of this review.” Disney has approximately 190,000 employees.”

This came right after a poor earnings report. Quick, name the last original TV show or movie that Disney has made that IS NOT part of an existing brand! When you take out Marvel and Star Wars and Pixar, what does Disney have left to offer? Live action remakes of classic animated films? Once was fine, twice was okay, but after a while, people begin to suspect that you are out of ideas and are just looking to make money off the old ones.

Disney might not be circling the drain, but it isn’t doing well. So Chapek is out. Meet the new boss, same as the old boss. LITERALLY.

“The Board has concluded that as Disney embarks on an increasingly complex period of industry transformation, Bob Iger is uniquely situated to lead the Company through this pivotal period” https://t.co/KWQpkcipQk

Disney’s board of directors announced the decision Sunday night.”

“We thank Bob Chapek for his service to Disney over his long career, including navigating the company through the unprecedented challenges of the pandemic,” said Susan Arnold, chairman of the board, in a statement. “The Board has concluded that as Disney embarks on an increasingly complex period of industry transformation, Bob Iger is uniquely situated to lead the Company through this pivotal period.”

“I am extremely optimistic for the future of this great company and thrilled to be asked by the Board to return as its CEO,” Iger said in a statement. “Disney and its incomparable brands and franchises hold a special place in the hearts of so many people around the globe—most especially in the hearts of our employees, whose dedication to this company and its mission is an inspiration. I am deeply honored to be asked to again lead this remarkable team, with a clear mission focused on creative excellence to inspire generations through unrivaled, bold storytelling.”

Iger told employees in his note that he will address the company on Monday, with other senior leaders.”

“I know this company has asked so much of you during the past three years, and these times certainly remain quite challenging, but as you have heard me say before, I am an optimist, and if I learned one thing from my years at Disney, it is that even in the face of uncertainty — perhaps especially in the face of uncertainty — our employees and Cast Members achieve the impossible,” he wrote.”

Now, Bob Iger is being brought in to fix the financials. And Iger fully believes in the left wing agenda. The company didn’t become woke overnight.

We'll see. The company took a big hit with the DeSantis fight, possible that he dials back the politics. I'll be reaching out to my sources in the coming weeks to see if there are indicators.

And that is the big question. Has Disney figured out that aggressively trashing traditional values in their entertainment offerings, and castigating themselves for the past while actively trying to rewrite it with “updated” versions, doesn’t appeal to family audiences? Don’t hold your breath. The House of Mouse is busy preparing to celebrate their 100th anniversary starting in January. If they can’t return to the values and creativity that started the company so long ago, then the decline is just going to continue.