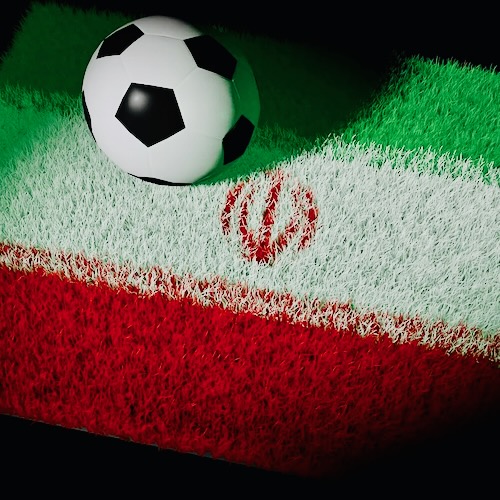 In a silent protest that speaks volumes, Iranian soccer players stayed silent when the Iranian national anthem was played at the FIFA World Cup. Why is their protest so impactful and important?

Iran has been roiled by months of protests which began when a young woman, Mahsa Amini, died in the custody of so-called “morality police” after being detained for not wearing her hijab correctly. Violent regime crackdowns on street demonstrations have seen hundreds killed and over 15,000 arrested, with at least one unnamed “rioter” being sentenced to death for his part in the protests.

Women and men all over Iran have continued to protest, even over the weekend when Iranian police used live rounds to try and quell the crowd. Yes, instead of using less lethal methods to stop the protestors, the Iranian military flat out committed murder in order to stop the protests.

As with the Iranian soccer team, I’d say the government crackdown is going to backfire. On Sunday, before the game, the Iranian national anthem was played.

This protest of theirs puts their lives in danger. Already one female rock climber was summarily summoned back to Iran before the competition ended, after she was shown competing without her hijab. According to reports her not wearing one was an “accident.”

In an interview Tuesday, before the climber arrived back in Tehran, her brother Davoud Rekabi told state-aligned Tasmin news agency that his sister would “always play wearing the national team’s uniform.”

“My sister had a hijab but was wearing a headband and unfortunately some people [took advantage] of this issue,” he said.

It is unclear whether his comments were made under duress.

What is also notable about this protest by the Iranian soccer players is that Iranian women were in the stands. In Iran, women are not allowed to attend any matches, period.

“I’ve never attended a football match in my life so I had to take this chance,” said Mariam, a student of international relations who like other Iranian women at the match declined to give her last name for fear of government reprisals.

Government reprisals could include jail time or worse. Many of the soccer players have been vocal about their support for Iranian women and the protests.

Others insist the national team, which includes players who have spoken out on social media in solidarity with the protests, is representative of the country’s people and not its ruling Shiite clerics. The team’s star forward, Sardar Azmoun, has been vocal about the protests online. Two former soccer stars have even been arrested for backing the movement.

Thus, while this silent protest speaks volumes, it is a continuation of their support and attempts to keep the world apprised of the human rights violations the Iranian government is inflicting upon its citizens.

Iranian soccer players refused to sing the Islamic Republic national anthem today at the World Cup. They risked everything (jail, beatings, death) to do what’s right-that’s courage. I will always stand with the women and people of Iran. Keep fighting for freedom. pic.twitter.com/dffK9PlpU5

What is notable about this protest is that the soccer players could be arrested and/or even put to death because they dare to go against one of the worst regimes in the world. Equally notable is that many in the Western world are staying silent or are handing out virtue signaling awards to Harry and Meghan, or are attempting to claim that the U.S. is the worst human rights violator ever because abortion.

On one hand Qatar is a slave state in the middle of the desert with no history of being good at "football." On the other, abortion and straw men https://t.co/YbhofoQmLS

In Afghanistan the Taliban is once again whipping women for daring to go against their tyrannical edicts. In Iran, women are risking their very lives in order to throw off not only the hijab, but the rules that keep them from well, everything.

Unfortunately, the Iranian team didn’t prevail against England in their match. Now the question is, what will happen to the team when they return to Iran? Will they be kicked off the team, arrested, jailed, or worse? Only time will tell.

One thing isn’t in doubt, their bravery and courage while knowing the regime would vehemently disapprove of their silent protest, and much of the western world (including the Biden Administration) does nothing. I applaud their courage and hope that the men and women of Iran will prevail over their government’s tyranny.