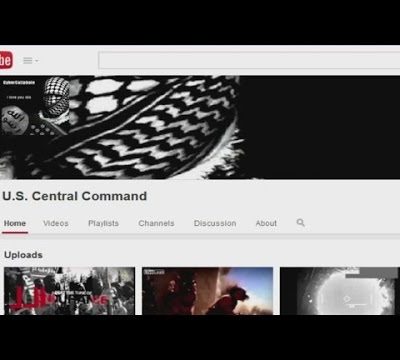 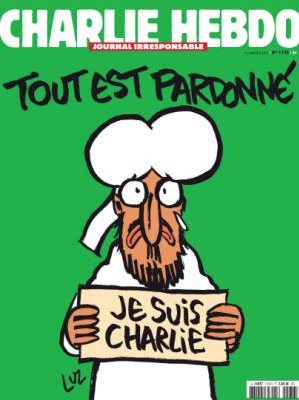 The staff at Charlie Hebdo will not be silenced. And they’re determined to continue publishing their magazine after the murders of their colleagues last week at the hands of Islamic terrorists. So to honor their dead, this week’s edition—which has a typical print run of about 60,000 copies, selling about half that amount—will be increased to three million copies. And, in the publication’s decades-long tradition, the cover, due out Wednesday in sixteen languages, will feature this image:

Charlie Hebdo had planned to print one million copies of its magazine this week, but because of increased demand from around the world, that print run was increased to three million. From Yahoo News:

The surviving employees of Charlie Hebdo have sworn to uphold its tradition of lampooning all religions, politicians, celebrities and news events. Islamic extremists have often been ridiculed in its pages through provocative and irreverent cartoons.

We will “cede nothing” to extremists seeking to silence them, the publication’s lawyer, Richard Malka, told French radio on Monday.

“In each edition for the past 22 years there has not been one where there have not been caricatures of the pope, Jesus, priests, rabbis, imams or Mohammed,” he said.

It would have been “surprising” if a Mohammed cartoon did not feature in the new issue, he said.

Indeed. Anything else would have been acquiescence to Islamic terrorists. Just ask the cowardly CNN. Here’s what they ran on the front page of their website regarding Charlie Hebdo’s first publication since the terrorist attack last week:

Their excuse for cowering in the corners of their office cubicles?

“Many major news organizations, including CNN, have refrained from showing any of the Charlie Hebdo cartoons that purport to show the prophet,” CNN said. “Executives at CNN have cited concerns about the safety of staff members and sensitivity about Muslim audiences.”

Which is an indirect admission that they know that much of the Islamic world is without self control, and will unflinchingly execute anyone who “offends” their religion. Therefore, we should all tremble in fear so as not to upset them, lest we lose our heads. Way to enable, CNN.

Despite the cowardice displayed by the CNNs of the world, what the Islamic jihadists and their lunatic supporters don’t seem to understand is this: Their threats of violent retaliation against journalists and bloggers are having the opposite affect. While many of our world leaders remain mired in dangerous political correctness which tolerates the intolerable, more and more people are recommitting to liberty and freedom of speech, and are waking up to the fact that Islamic Extremism is a proponent of neither, meanwhile displaying on the world stage its demand for submission and an unwavering commitment to a worldwide Islamic Caliphate.

And to that I say: Rot en enfer, Islamic jihadists.