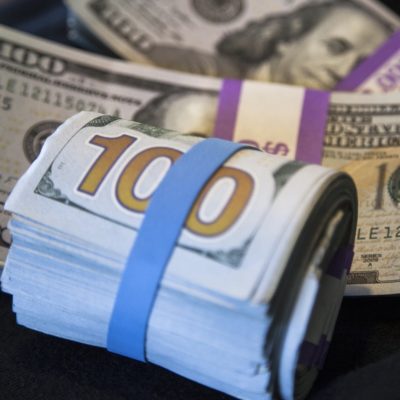 Amid phased reopening, some states are ahead of the curve. Their success is working to shift from the doomsday narrative, and increase revenue. States like Florida stand in stark contrast to California. One is gearing up to reintroduce cash happy tourists, while the other can’t figure out what’s open or closed.

The two states share Disney, Universal, and Sea World theme parks. Both have stunning beaches, and sunshine galore. In an odd twist, Orange County CA is home to Disneyland, while Orange County, FL is home to Walt Disney World. Two states with so much in common are approaching reopening from very different perspectives: One is welcoming tourist dollars, while the other is requesting a federal bailout.

Will America Disregard the Panic Narrative and Flock to Open Signs?

Florida Gov. Ron DeSantis took a hit from the press for opening his state. He’s probably going to take another one for executing the plan to reopen central Florida’s cash cows; Walt Disney World, Sea World, and Universal Studios. Florida has no state income tax, but the revenue generated from sales tax is enormous. According to the Orlando Sentinel,

Sales taxes account for nearly 80 percent of general revenue, the unrestricted pot of money at the heart of the state budget that is spent mostly on education and health care.

Who could possibly object to a much needed economic infusion to state coffers? The Doomsday criers. The ones who love the narrative that death is the only outcome from opening businesses. They were vocal in April, when the Miami Herald wrote,

State officials could jeopardize their constituents’ safety if they relaxed social distancing before June 14 … Even then, the target date is only viable with certain “containment strategies that include testing, contact tracing, isolation, and limiting gathering size.”

The Herald easily overlooks the jeopardy of no jobs, underfunded schools, and reduced health care. The sales tax generated from consumerism is what pays for the lions share of a states deficit. Education and health care. But then again, maybe the Herald and doomsday naysayers want an ignorant and unhealthy population. They are easier to control.

Of course there’s a risk to reopening. But, it’s a risk that a majority of Americans are willing to take. Washington Post headlines shriek that polls indicate “78 percent of adults would be uncomfortable eating out in a restaurant right now, while just 22 percent would be comfortable.” Hmm. Well that’s interesting because Scott Rasmussen, a well respected pollster, found the opposite. He writes in the Desert News,

we found that 54% of those who eat out regularly would be comfortable returning to their favorite restaurant today. In other words, just over half of regular restaurant customers are ready to return to familiar stomping grounds.”

One can argue that eating in the local diner isn’t a vacation to Orlando. But for a lot of people, Orlando restaurants are their local diners. Area theme parks are their family day trips, or local hangout. Even in small amounts, those local guests bring in tax revenue. Eventually, and sooner rather than later, tourists from outside of Florida will flock to Orlando area theme parks. My kids, living in Texas, are already asking when we can return. Open the doors, and the consumers will return.

Florida’s Gov. DeSantis Embraces His Decision to Reopen the State

You got a lot of people in your profession who waxed poetically for weeks and weeks about how Florida was going to be just like New York — ‘wait two weeks, Florida’s going to be next,’” He continues, “Well hell, we’re eight weeks away from that, and it hasn’t happened. Not only do we have a lower death rate, we have way lower deaths generally…. And I think that people just don’t want to recognize it because it challenges their narrative. It challenges their assumption, so they got to try to find a boogeyman,…”

The failed doomsday prediction is wonderful news. Not only for the people who didn’t die, but for those who will be living through the recovery. The economy in Florida was looking grim, with an initial projected 10% decline in revenue revised to an estimated 5% decline. Reducing the bottom line by 50% will go a long way to helping Florida and her residents on the path to economic recovery.

They Both Have Beaches, Sunshine, and Theme Parks. But California is Not Florida.

Where Florida has DeSantis, California has Gov. Newsom. A political princeling, Newsom’s connections run deep into California politics. Unfortunately for the state residents, those ties accounts for all of his depth. His detour into authoritarianism crossed a line for many California residents. It veered so off course that one city, Atwater,  made a unanimous decision to declare itself a “Sanctuary” and,

not to enforce the nearly 2-month-old order intended to slow the spread of the coronavirus, meaning local authorities won’t interfere with any business or church that decides to reopen ahead of state restrictions.“

Unfortunately for California area hotels, Gov. Newsom is all to happy to confiscate private property to house indigent and homeless during the C-19 scare. His complete disregard for property rights comes as no surprise. His pandering knows no limits. Especially when someone else is footing the bill, and he can continue the C-19 narrative, “everyone will DIEEEEE!”

I can’t help but wonder if his PlumpJack partnership will open their doors to homeless populations in an attempt to ease the burden. I can see this resort at the base of Squaw Valley as an appealing alternative to a doorway or alley.

Gov. Newsom was generous with the state funds. He boldly declared that regardless of immigration status, cash was available. The Mercury News reports,

Approximately 150,000 undocumented adult Californians will receive a one-time cash benefit of $500 from the state fund, with a cap of $1,000 per household…”

Of course, while he’s handing out millions of dollars from the state checkbook, he’s refusing to allow business to reopen. California has income tax, sales tax, everything tax. You get the point, and Newsom doesn’t. California businesses need to open so they can start generating tax revenue for the state. But Newsom doesn’t care because he will leverage the future of small business to obtain more federal loans. According to Market Watch,

California has become the first state to borrow money from the federal government so it can continue paying out rising claims for unemployment benefits during the coronavirus pandemic.

You know how to stop borrowing federal money to pay for unemployment benefits? You open the state and let people go back to work. Businesses fund the unemployment account, and employed people don’t draw from it.

California isn’t Florida, and unfortunately the citizens of the Golden State will suffer for it.