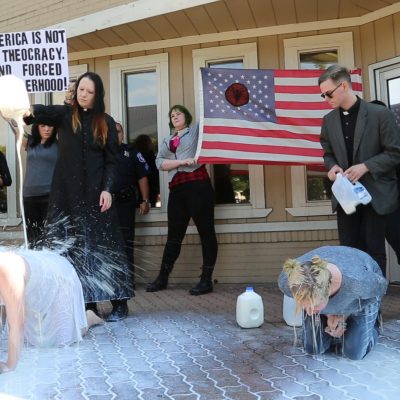 Following up on the more than 500 point loss on Wall Street last Friday, the Asian markets opened Monday to a meltdown in progress.

More than $5 trillion has been erased from the value of global stocks since China unexpectedly devalued the yuan, fueling speculation that the slowdown in the world’s second-largest economy may be deeper than previously thought. The rout is shaking confidence that the global economy will be strong enough to withstand higher U.S. interest rates, even as bets on a September liftoff evaporate.

All major Asian markets dropped and futures on the Standard & Poor’s 500 Index retreated as much as 3.1 percent after the U.S. benchmark plunged 5.2 percent through the final two days of last week.

China, however, doesn’t want the blame for this.

But that is where everyone is looking. And every single Asian market is reeling.

The bottom line is that the Chinese economy is slowing.

In a recent note to clients, Societe Generale’s Wei Yao noted that beneath 2015’s insane stock surge and its effect on the financial economy, the rest of China’s economy actually looks pretty ugly.

Over the last few years, the industrial sector dropped significantly, with nominal growth around 1.2% year over year in the first half of the year. Furthermore, construction decelerated “substantially” from over 10% in mid-2014 down to 4.1% year-over-year in Q2, according to Yao’s data.

Without getting too wonky, this is terrible for Wall Street. If China’s economy tanks, they are going to be selling, not buying. And they hold an awful lot of U.S. bonds. They’ve already sold some in a move to devalue the yuan (as was reported last winter), and they could do it again. China is in the middle of its very own Black Monday. Which means that our stocks are in for a wild ride as investors try to predict what happens next.

Current stock market numbers can be found here. Victory Girls will continue to watch the markets today and update as needed.

UPDATE 9:20 am ET:
Wall Street is opening this morning, braced for the worst. The Asian markets have now closed for Monday.

China’s Shanghai Composite Index plummeted more than 9% during the session Monday, and closed down 8.5% pushing equity markets in Asia to give up their 2015 gains. Hong Kong’s Hang Seng tumbled 5.17%, while Japan’s Nikkei dropped 4.61%.

Commodities are also dropping – oil has hit the lowest price in six years, and gold and silver are also down.

The rule allows NYSE to open stocks without indications. “It was set up for situations like this,” said Art Hogan, chief market strategist at Wunderich Securities. It was last used in the financial crisis.

The major averages are on track for one of their worst opens since the financial crisis of 2008.

I doubt this will prevent much of the selling panic today.

“China is definitely the No. 1 cause for concern globally and Europe is not far behind,” Kenny said. “The speed at which this market has moved sharply lower is an indication panic is driving all investment decisions. If you haven’t positioned yourself for volatility and seasonal weakness, you’re behind the 8 ball.”

This is now being officially called a “correction” in the market. We’ll have to wait and see how long it lasts.

UPDATE 5:20 pm ET:
The Dow is closed for the day and Wall Street is licking its wounds after another 500 point loss day in a row.

All ten S&P 500 sectors were in negative territory, with energy declining the most, dropping 5.18% on the session.

Now, everyone gets to wait until the Asian markets open again tonight and see if this is going to be a continuing cycle of losses.