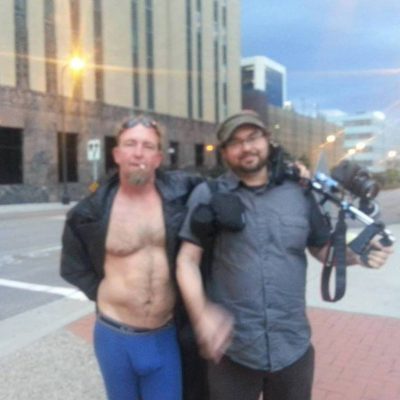 “The fact that Putin appears to enjoy a more astute understanding than Obama of what the US public wants to hear right now is a reminder of the credo of another of Pelevin’s cynical creations, the Russian adman from the novel Homo Zapiens. He declares: “First you try to understand what people will like and then you hand it to them in the form of a lie.

If there is a striking difference between Putin and Obama, it is that the former appears to understand both the limits of post-Russian power and the tools available to him, while the Obama administration, and the US more widely, has failed to internalize its relative decline in power and influence over the last decade.”

Hilary Clinton screams, “What Difference Does it Make?!”


Well, Mrs. Clinton, it makes quite a big difference.

“The demonization of a nobody uploading videos onto YouTube, and his subsequent arrest on a parole violation, suggest a chilling cynicism at the highest levels of the Obama administration. In what may very well have been the most shameful moment in a career full of them, Hillary Clinton assured Charles Woods, the father of the slain former Navy SEAL, at a memorial service, “We will make sure the person who made that film is arrested and prosecuted.” Obama continued to cite the video while discussing the Benghazi attacks on The Late Show with David Letterman and at a forum on Univision. Either he knew full well that his account was malicious fiction or his administration has been culpably negligent in its handling of sensitive intelligence.

After the attacks, the president made his usual rote pledges to ensure that justice is done. Today, one year later, no one has been arrested, jailed, or executed for his role in the murder of four Americans. Special operators in the region told Fox News in August that while Benghazi-related targets have been identified for months, officials in Washington could “never pull the trigger.

For its stunning blend of recklessness, fecklessness, callousness, and shamelessness, Benghazi overcomes steep competition to remain the worst of the Obama administration’s collection of scandals. The American people deserve to know what happened and why.”

Then we have enigmatic Valerie Jarrett.

“Obama relies on Jarrett to create the White House bubble he likes to live in, where his narcissism is stroked and his desire to do the big, left-wing thing is encouraged.  Jarrett is the doorman.  She runs access to the president.  As Klein puts it, she guards him from meeting with “critics and complainers who might deflate his ego.”  No one gets past Jarrett who has an incompatible point of view.”

Her true job is to make Obama feel proud of himself.  When Obama looks at Jarrett, he sees himself as whole and good and real.  He is no longer the fake black, the fatherless kid flailing around in a white world, tortured by the unfairness of it all.  She fills the emptiness at the core of his identity.  She admires and adores him.  Jarrett told New Yorker editor David Remnick that the president is “just too talented to do what ordinary people do.”  And the icing on the cake — she shares his left-wing politics that project unfairness out onto white America.”

And Valerie actually said this about Obama:

“But if I were to sum up who Barack Obama is and how he plans to meet this moment with one word, that word would be ‘responsibility.’ Responsibility to each other, our families, our communities, our country, and our world.”

Valerie, sorry to burst to your carefully crafted bubble floated to the public by a slobbering media led by the likes of Candy Crowley, but Obama has taken absolutely zero responsibility for any action he has ever taken while in the White House.  Not only does he shirk responsibility, he blames others.   Don’t make me link all the examples….I’d be busy all damn day.

“Obama can’t have it both ways. He can’t blame Republicans when they’re in power, and then keep blaming Republicans when he’s in power. At some point, he’s got to take responsibility for the jobless recovery — the first since WWII with no gain in wages and salaries in the first eight quarters after a recession’s end. He’s got to take ownership for the failure of his own ideas and leadership.

Check out this moment of candor he had after failing to get some liberal bill passed last decade. At times, he lamented, “it seems as if the goal recedes from me, and all the activity I engage in — the hearings and speeches and press conferences and position papers — are an exercise in vanity, useful to no one.” That was when he was senator. It’s even truer today. His words have become meaningless to even the most loyal among his base.”

Three powerful women: one in media, who unabashedly supports liberal policy to the point she dismisses a stunning foreign policy failure with a flippant, “who cares?”; one was a Secretary of State and is a proven liar, a cuckolded ex-First Lady, and potential candidate for President; and one is Obama’s closest adviser, confidant, and racist manipulator of public policy.

And we worry about Putin?

It appears the real “war” isn’t being waged by conservatives against women.

It’s the “war on America” being waged by liberal women.