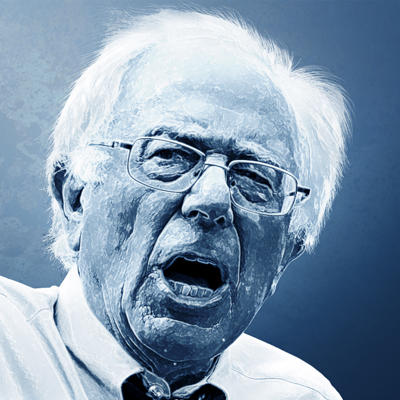 Next post
Bernie is Back and Bigger Than Ever Before

British actor and director Sacha Baron Cohen, aka “Borat,” didn’t like Mark Zuckerberg supporting free political speech on Facebook. In fact, he pulled out all the stops by using a Nazi analogy.

Yep, he went there. Full Godwin and all.

You might recall that Facebook CEO Mark Zuckerberg spoke in favor of allowing free speech on his platform. Speaking at Georgetown University on Thursday, Zuck spoke up for the First Amendment:

“Some people argue internet platforms should allow all expression protected by the First Amendment, even though the First Amendment explicitly doesn’t apply to companies. I’m proud that our values at Facebook are inspired by the American tradition, which is more supportive of free expression than anywhere else.”

Yeah, Mark Zuckerberg is liberal, but I love what he said at Georgetown.

But that didn’t go over well with Borat. He took to Twitter and furiously made up a Nazi analogy, comparing Zuckerberg to a restaurant owner who allowed Nazis in his establishment:

No, Borat, he does not have the right to kick them out. Nor does he have a “moral duty” to throw them out, either. You see, it’s this little thing about our Constitution that we love called the First Amendment. Cohen obviously doesn’t get this.

But it’s truly amazing to go through the Twitter responses to see how many people supported Borat and wanted to kick Zuckerberg to the curb.

One was actor Tim Matheson:

Another Twitter user said that Facebook posts aren’t really “speech” at all. I’m sure the Founders would be rolling in their graves at that dreck.

What we post online is not speech. Speech, with a good PA system, reaches a few hundred thousand of us. Online posts can go to millions in a second, and tens of millions more with enough clicks of the share button. It’s not the same, and we can’t treat it the same.

While another user said it was all about the Benjamins for Zuckerberg:

Precisely. Zuckerberg is a billionaire, so doesn't need more money. He does want the power Facebook gives him, which is too much. #BreakUpFacebook

Obviously none of these fools understands or appreciates the First Amendment. Because that is not how our freedom of speech works.

We may not like what we see at Facebook. Reading the brain droppings of feminist Amanda Marcotte might make your blood pressure go up — our Lisa took on her screed recently. And don’t get me started on anti-vaxxers. Or people who recycle the meme that George Soros was an SS guard during World War II. (He wasn’t, so would you please stop doing that?)

But while such speech may irritate the hell out of us we also have the right to counter it with more speech. What a concept! Or we can just ignore it and go about our business.

As for Nazis: as loathsome as they are, the United States has a history of allowing them in the public square. For example, in 1978, neo-Nazis wanted to march in Skokie, IL, a Chicago suburb. However, many Holocaust survivors lived in Skokie, which made the planned march particularly repulsive. Despite opposition by the city, the Supreme Court ruled in the Nazis’s favor (the group called off their march, anyway).

And as for Nazis in restaurants — that challenge occurred in California in 1986, when four men wearing swastika pins were ejected from a restaurant in Torrance. They may not have been goose-stepping in, as Cohen envisioned, but the restaurant kicked them out anyway. Two years later a judge ruled in their favor, citing the First Amendment. He also cited the Unruh Civil Rights Act, a state law. As an ACLU attorney explained:

“The Unruh Act requires that every publicly operated business in California be open “on a full and equal basis to everybody.”

“When a symbol is representative of a creed, albeit a despicable creed, it is necessarily protected. . .”

Now it’s not a surprise that “Borat” doesn’t understand the First Amendment: he is, after all, British. But what about all his American fans who laud his “brave” comments on Twitter? How sad that so few of them on his Twitter thread understands that — like it or not — the First Amendment is sacrosanct in this country. They don’t get to silence people with whom they disagree. Too bad for them, but the Constitution trumps their anger and hurt feelings.