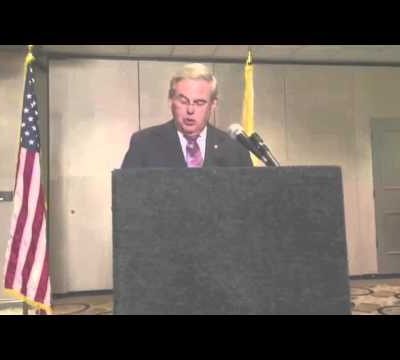 Previous post
Senator Robert Menendez To Be Charged With Corruption 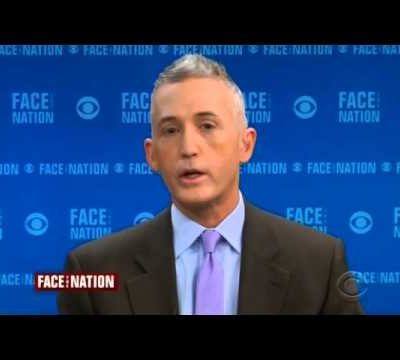 Saturday brought to the world the Merger from Hell: the Nigerian Islamic terror group Boko Haram has pledged their allegiance to the Islamic State (ISIS), a move that BBC reporter Jim Muir says “makes them look more like a global franchise.” The pledge was attributed to Abubakar Shekau, the leader of Boko Haram. US intelligence estimates that ISIS may be gaining between 4,000 – 6,000 fighters.

Boko Haram took to Twitter to announce their news.

And here’s a tweet from this jihadi, who includes a rousing video:

Not bad for a JV team.

Boko Haram is only the latest fish to be hauled in by ISIS. In addition to terror groups from northern Africa and the Arabian peninsula, a Taliban group from Pakistan pledged its allegiance to ISIS. At the end of 2014, a senior jihadi leader from Dagestan pledged his allegiance to the head of ISIS, Abu Bakr al-Baghdadi.

Boko Haram terrorists have made a name for themselves in Nigeria by kidnapping civilians, executing hostages, and destroying villages. They leave in their wake dead inhabitants and decimated towns such as Baga:

The Islamic State has also been making headlines in terms of destruction, only it’s been adding historical sites and art treasures from Iraq to its conquests. Their most recent demolition project was the 2,000-year-old city of Hatra, 68 miles southwest of Mosul, which earlier saw destruction of their library and artifacts from their museum.

Hatra was a UNESCO World Heritage site, its ancient history recounting when its thick walls were said to have repelled the Romans twice in the second century A.D.

No matter. On Thursday ISIS began its looting of Hatra for valuable artifacts, and on Saturday the bulldozing of the ancient city began.

Who knows where the ISIS conglomerate will wreak its carnage next? What is certain, however, is that the new and improved ISIS franchise seeks as its ultimate prize the city of Rome. The group has published an e-book entitled Black Flags from Rome in which ISIS outlines how they will utilize Muslims living in Europe to assist them in the destruction of western Christendom’s capital. 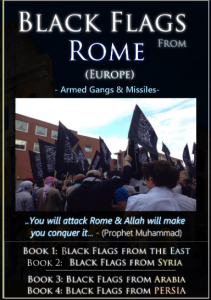 Italy’s prior reaction to ISIS has been dismissive, even when reports of jihadis seeking to assassinate Pope Francis during his tour of the Philippines reached the Vatican. Since the publication of Black Flags, however, the Italian government has taken notice, although its politicians are still nervous about offending resident Muslims. But Marco Lombardi of Milan’s Catholic University of Sacred Heart, where he teaches crisis management, warns, “This is the highest threat we’ve had in the last 30 years, and while the government is more conscious, there’s a disconnect between what officials are saying and how they act.”

It may seem farfetched to imagine modern Rome being sacked by ISIS in the same manner as ancient Rome was sacked by the barbarian Visigoths in 410 A.D. Even with the addition of Boko Haram and others, ISIS is no match for the weaponry and armies of Europe. But the rapid and very public proliferation of the Islamic State attracts radicalized Muslims who, like sharks, smell the blood of timid Europe and salivate at laying waste to the most eminent symbols of western Christianity: the Vatican and the city of Rome.