Senator Robert Menendez To Be Charged With Corruption

Senator Robert Menendez To Be Charged With Corruption 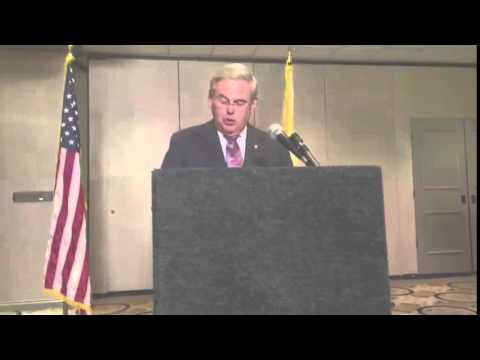 The Justice Department is not denying the news that CNN broke on Friday that Democrat Senator Robert Menendez of New Jersey is about to be charged with criminal corruption, focusing on political favors that he allegedly did for a campaign contributor and personal friend, Salomon Melgen.

The government’s case centers on Menendez’s relationship with Salomon Melgen, a Florida ophthalmologist who the senator has called a friend and political supporter. Melgen and his family have been generous donors to the senator and various committees the senator is associated with.

Investigators have focused in part on plane trips Menendez took in 2010 to the Dominican Republic as a guest of Melgen. In 2013, after word of the federal investigation became public, Menendez paid back Melgen $58,000 for the 2010 plane trips calling his failure to properly disclose the flights an “oversight.”

Menendez advocated on Melgen’s behalf with federal Medicare administrators who accused Melgen of overbilling the government’s healthcare program, according to court documents and people briefed on the probe. Melgen was among the top recipients of Medicare reimbursements in recent years, during a time when he was also a major Democratic donor. Melgen’s attorneys have denied any wrongdoing.

Prosecutors also are focusing on whether Menendez broke the law in advocating for Melgen’s business interest in a Dominican Republic government contract for a port screening equipment. The U.S. Customs and Border Protection agency, at the time, considered donating port screening equipment to the Dominican Republic, which would have hurt the contract of Melgen-controlled company.

The Menendez-Melgen connection made headlines back in late 2012, when Melgen’s offices were raided by the FBI, and an alleged prostitution scandal tied itself temporarily to Menendez. Eventually, the lawyer for the alleged prostitutes recanted, and that part of the story died off. But the FBI was still looking into Melgen’s records, and the case against Menendez has apparently been built over the course of the last two years. Menendez, at a press conference yesterday, denied any wrongdoing.

Menendez told a press conference about four hours after the reports surfaced that he had “always conducted myself appropriately and in accordance with the law.”

He added, “I fight for things I believe important…and for the people of our country. That’s who I am.

“I am not going anywhere.”

Menendez took no questions from reporters, saying that because of the “ongoing inquiry” he could not make any additional comments.

So, why would the Justice Department, under Eric Holder (who still hasn’t left yet – we could turn this into a Dr. Seuss book, “Eric Holder Would You Please Go Now!”) decide to prosecute a Democrat? Well, one would like to think that the Justice Department was interested in rooting out corrupt politicians. However, Menendez has made himself an annoyance to the White House lately by pushing the president to deal more aggressively with ISIS and criticizing him about his handling of Iran, and openly supporting Netanyahu’s address to Congress. I just can’t make myself believe that President Thin-Skinned isn’t looking to put a little payback on him, Democrat or not, and neither can others.

They charge Menendez two weeks before the Iran deal is announced? I’m sure that’s just a coincidence.

The liberal media is in a pickle with this one. They can’t criticize the DOJ for the charges, but they don’t want Menendez to go, either. After all, if Menendez had to resign, Chris Christie would be appointing his successor. So, how do you deal with it? Well, if you’re Sally Kohn, you point a finger at the Republicans.

Which actor Nick Searcy swiftly and succinctly destroyed in a rebuttal tweet.

Looking forward to how every single Democrat is made to answer for Menendez the same way that Republicans are. @sallykohn @drawandstrike

If the media had any guts, they would. But we know they won’t. They will cover this as a straight news story, pray it doesn’t attract much attention, and hope for the best – in this case, it would be Democrats holding onto that Senate seat. And if that doesn’t happen…. well, I’m sure it will all be the Republicans’ fault.