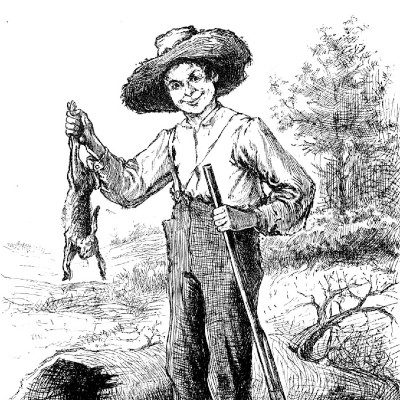 Next post
Censors On The Hunt For What To Cancel Next 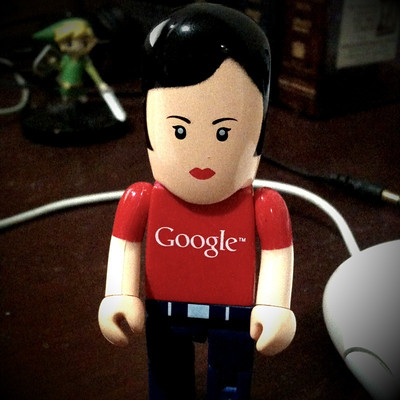 You may have never heard of the new political term “Blue Anon,” and if Google has its way you won’t, either. That’s because the term was invented by online conservatives to push back against media pundits who look for QAnon conspiracies everywhere.

Like Brian Williams (now there’s an example of trustworthy reporting) who warned that QAnon was planning violence in Washington, DC, on March 4.

But what happened? Nothing.

I was told there was going to be an insurrection? Guys you're making me feel kinda silly down here. pic.twitter.com/E2peIa6gvc

That’s just the latest of conspiracies with which the media have been gaslighting America after Donald Trump became president. So conservative Jack Posobiec promoted the term “Blue Anon” on Urban Dictionary and Twitter to point out the crazy conspiracies that side pushes. 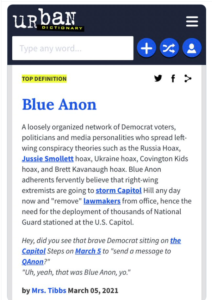 But guess what? Google the term “Blue Anon,” and you won’t find any reference to it. However, the search engine “DuckDuckGo,” reveals plenty of listings.

Quite a difference between searching Google and DuckDuckGo for "Blue Anon" #blueanon pic.twitter.com/zWorxETbnV

But there’s so much material to justify the term “Blue Anon” in mocking the media. For example, MSNBC’s Joy Reid tweeted that conservatives really love saying the “n-word.” Why, they’d even trade tax cuts for the privilege to utter that word.

Because, well, you know. Trump.

“I’ll say it again: people on the right would trade all the tax cuts for the ability to openly say the n-word like in ‘the good old days.’ To them, not being able to be openly racist and discriminatory without consequence is oppression. Trump is the avatar for this ‘freedom.'”

That’s just bananas. But that’s not all the wacky conspiracy theories put out by the media, either.

There’s Chip Franklin, a talk show host in San Francisco who finds that Republicans are behind the accusations against Gov. Andrew Cuomo. Why? Once again, because. . . Trump.

“It’s occurred to me that Republicans want Cuomo out so they can replace him with a Gov who could pardon Trump for state crimes.”

CPAC, the Conservative Political Action Conference, brought out the Blue Anon crazies, too. This time they saw Nazis! Nazis all over CPAC! because they thought the stage looked rather Reich-ish or something. They were, in a word, wrong. An event design group which supported liberals designed that stage.

Then do you remember all those “mostly peaceful protests” during the summer of 2020? Those same events which caused $2 billion in damages, over 20 people killed, and 12 police officers shot?

Yeah, I sure do. But AP reporter Jonathan Lemire claimed they were “nonviolent” while appearing on MSNBC on March 3. And host Nicole Wallace didn’t question a word. Instead, she leaned right into talking about the March 4 threat — which never happened.

“These were nonviolent protesters, racially mixed, a lot of young people … There was no violence there." pic.twitter.com/swRhZI3jp4

The media — and big tech — live in their own bubble in which they see themselves as morally superior to conservative Americans. They also think that Democrats are angels who walk among us, and that QAnon supporters run the Republican Party. Plus Donald Trump, even though he’s been out of office for over a month, continues to live rent free in their noggins. Which are the more dangerous kooks — QAnon, which is dying on the vine? Or the Blue Anon media and Big Tech, which control so much of what we see and hear?