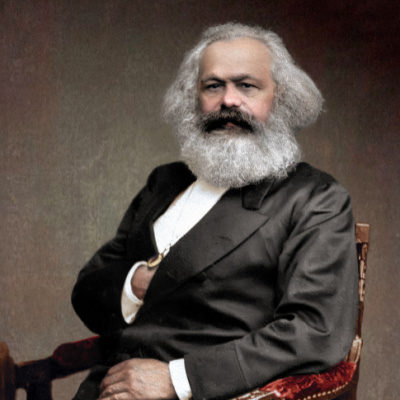 Next post
Space Force Officer Removed From Command For Anti-Marxism 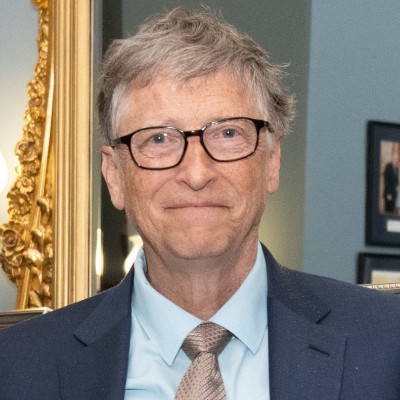 by Deanna Fisher in People 11 Comments

Around the greater Puget Sound area, there is no richer name around than Bill Gates – and apparently, fewer bigger scumbags.

Having lived here for the majority of my life, I can attest to the legacy of the Gates family as a whole. Bill Gates did not grow up poor at all – his family was always well-off and sent him to an elite private school. He just happened to hit upon the right ideas at the right time with the right people, and made more money than some small countries. When he got married in 1994, it was a big deal. And everything was fine – it seemed. Bill Gates, Melinda Gates, and their kids seemed to be more or less normal – well, as normal as a billionaire family could be. And it was nice to not see their kids in the news for any reason at all, good or bad, while Bill and Melinda became activists for certain causes.

Well, things have definitely fallen apart in Gates World. The news of the divorce pending between Bill and Melinda was surprising enough to the general public, but apparently it wasn’t such a shock to those in and around Microsoft. Turns out that Bill Gates is a sleazeball, and the Microsoft board was investigating him before his departure in March 2020.

Members of the board tasked with the matter hired a law firm to conduct an investigation in late 2019 after a Microsoft engineer alleged in a letter that she had a sexual relationship over years with Mr. Gates, the people said.”

During the probe, some board members decided it was no longer suitable for Mr. Gates to sit as a director at the software company he started and led for decades, the people said. Mr. Gates resigned before the board’s investigation was completed and before the full board could make a formal decision on the matter, another person familiar with the matter said.”

“Microsoft received a concern in the latter half of 2019 that Bill Gates sought to initiate an intimate relationship with a company employee in the year 2000,” a Microsoft spokesman said. “A committee of the Board reviewed the concern, aided by an outside law firm to conduct a thorough investigation. Throughout the investigation, Microsoft provided extensive support to the employee who raised the concern.”

And according to the New York Times, Bill Gates had a habit of hiding behind his rich and nerdy image while trying to pick up women after his marriage. And not just any women – Microsoft employees.

Long after they married in 1994, Mr. Gates would on occasion pursue women in the office.”

In 2006, for example, he attended a presentation by a female Microsoft employee. Mr. Gates, who at the time was the company’s chairman, left the meeting and immediately emailed the woman to ask her out to dinner, according to two people familiar with the exchange.”

“If this makes you uncomfortable, pretend it never happened,” Mr. Gates wrote in an email, according to a person who read it to The New York Times.”

The woman was indeed uncomfortable, the two people said. She decided to pretend it had never happened.”

A year or two later, Mr. Gates was on a trip to New York on behalf of the Gates Foundation. He was traveling with a woman who worked for the foundation. Standing with her at a cocktail party, Mr. Gates lowered his voice and said: “I want to see you. Will you have dinner with me?” according to the woman.”

The woman, who spoke on the condition of anonymity because she did not want the public attention associated with describing an unwanted advance, said she felt uncomfortable but laughed to avoid responding.”

Six current and former employees of Microsoft, the foundation and the firm that manages the Gates’s fortune said those incidents, and others more recently, at times created an uncomfortable workplace environment. Mr. Gates was known for making clumsy approaches to women in and out of the office. His behavior fueled widespread chatter among employees about his personal life.”

As this stuff came to light, it’s little wonder that the Microsoft board wanted Bill to be gone.

In December 2019—before the end of the probe—Mr. Gates was re-elected to Microsoft’s board at the annual shareholder meeting. As more became clear about the matter, board members were concerned Mr. Gates’s relationship with the woman had been inappropriate and they didn’t want a director associated with this situation in the wake of the #MeToo movement, the people said.”

Yes, it might be a BAD IDEA to keep a board director who used the company as his personal dating pool, married or not. And to top off this sleaze shower, now come the reports of things Bill Gates allegedly said to Jeffrey Epstein. Yes, THAT Jeffrey Epstein. Bill Gates had already claimed that he “regretted” meeting with Epstein – but does he regret it because of who Epstein was, or does he regret what he was allegedly saying to Epstein?

Gates used the gatherings at Epstein’s $77 million New York townhouse as an escape from what he told Epstein was a “toxic” marriage, a topic both men found humorous, a person who attended the meetings told The Daily Beast.”

The billionaire met Epstein dozens of times starting in 2011 and continuing through to 2014 mostly at the financier’s Manhattan home—a substantially higher number than has been previously reported. Their conversations took place years before Bill and Melinda Gates announced this month that they were splitting up.”

Gates, in turn, encouraged Epstein to rehabilitate his image in the media following his 2008 guilty plea for soliciting a minor for prostitution, and discussed Epstein becoming involved with the Bill and Melinda Gates Foundation.”

Melinda, to her credit, apparently wanted nothing to do with Jeffrey Epstein. But her soon-to-be-ex-husband, the nerd who found himself with more money than could be spent by one person in a lifetime, was apparently intrigued enough by Epstein to keep hanging out with him until it became obvious what Epstein’s end goal was – building on his rich friends’ names and reputations to keep himself out of jail. And Melinda wanted nothing to do with it. The reports now say that she has been working with divorce lawyers since 2019. Why announce it now? Probably because their youngest child is 18 and now a legal adult.

Bill Gates has not been linked to Epstein’s sex trafficking, but these conversations, even if they are only alleged, reveal a hard reality about Gates.

The man who has preached social virtue signaling to millions around the world, while he throws his money around, has zero virtues of his own. When you add together the trolling for affairs among employees, the trash-talking of his wife behind her back, and the allegation that Bill Gates was going to attempt to rehab Jeffrey Epstein’s image, the end result is abhorrently gross. And reportedly, the family is siding with Melinda Gates. I wonder why?

This might seem like tabloid fodder, but it runs deeper than that. For years and years, Bill Gates has been telling people what to do by virtue of the fact that he has more money than all of the rest of us combined, courtesy of the Bill and Melinda Gates Foundation. Some of those causes are fine. Some – like his brand-new book about how to stop climate change – are pure virtue signaling. So when this guy tries to tell you how to live your life because he’s richer than you, just ignore him. Money can’t buy morals, or a happy marriage, or a guy who won’t try to pick up his employees. Bill Gates might be rich, but he is hollow, through and through.