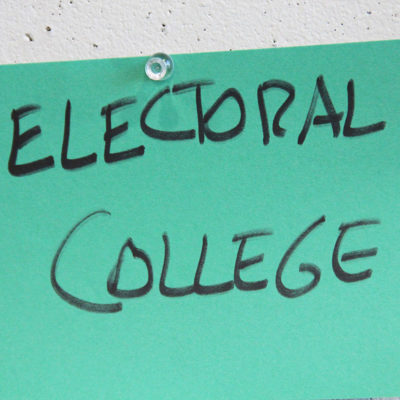 Bill Barr Out, Gets Flak From Both Sides

Next post
Black National Anthem Was Written By Republicans

Bill Barr Out, Gets Flak From Both Sides 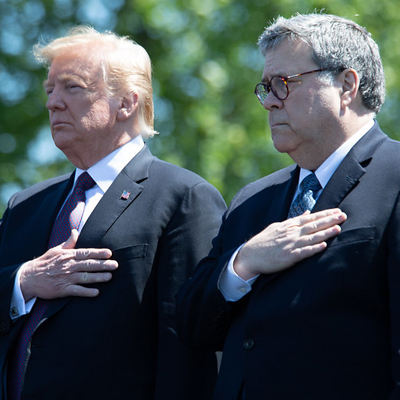 Attorney General Bill Barr offered his resignation on Monday, right after the Electoral College affirmed Joe Biden’s Presidential win. Immediately speculation among the chattering classes began: Did he really resign? Or did Trump fire him? Why now? Why didn’t he wait out the last few weeks of Trump’s term?

Inquiring minds want to know. But since none of these gossips were present when Barr decided to end his tenure, they don’t really know, do they?

First of all, the facts.

President Trump made the announcement by tweet, as seems to be his preference. Recently his patience with his AG had been wearing thin, first after Barr had announced that he found no widespread voter fraud. The tensions became compounded last weekend when Barr would not disclose the Justice Department’s investigation into Hunter Biden during the campaign. Trump reportedly accused Barr of disloyalty.

However, the President’s tweets gave no hint of any animosity between the two men.

“Just had a very nice meeting with Attorney General Bill Barr at the White House. Our relationship has been a very good one, he has done an outstanding job! As per letter, Bill will be leaving just before Christmas to spend the holidays with his family.”

As for Bill Barr — his resignation letter was gracious as well. It read in part:

“I am greatly honored that you called on me to serve your Administration and the American people once again as Attorney General. I am proud to have played a role in the many successes and unprecedented achievements you have delivered for the American people. Your record is all the more historic because you accomplished it in the face of relentless, implacable resistance.”

Then critics from both sides of the political divide began their attacks on Bill Barr.

Wajahat Ali of the New York Times called Bill Barr “an enabler” who should be “humiliated forever.”

This is how it always ends for enablers of authoritarians. In the end, he will always throw you under the bus. Take heed, GOP. You sold everything, yourselves, your honor, the country, for a man who values only himself. Be humiliated forever, Bill Barr. https://t.co/MlfUAVXNN5

House Democrats also chimed in with their derision. Rep. Adam Schiff tweeted that Barr’s departure was “good riddance” of a man who “lied to cover for Trump, launched political investigations, subverted justice and the rule of law and violently cracked down on protestors.” Which is rich coming from the guy who lied over and over about Trump having conspired with Vladmir Putin to steal the election in 2016. Either Schiff is the most shameless man in Washington, DC, or lacks the gene for self-awareness. Or perhaps both.

Plus, Rep. Jerrold Nadler took a final shot at Barr, accusing him of nefarious deeds, and perhaps being the Worst Person in the World:

“From misleading the American public about the Mueller report to his dangerous efforts to overturn COVID safety measures, from his callous disregard for civil rights to his rampant politicization of the Justice Department, William Barr was willing to do the President’s bidding on every front but one.”

But the flak didn’t just come from the Left. A lot came from the Right, too, primarily from some of President Trump’s staunchest supporters. In their minds, Bill Barr didn’t do enough to help Trump’s re-election.

One such critic was Sebastian Gorka, former assistant to President Trump. Gorka called Barr a “failure” and a “coward” during an interview on Newsmax TV.

Also at Newsmax, WH Correspondent Emerald Robinson blamed Bill Barr for All The Things, including a failure to keep Jeffrey Epstein alive, somehow.

Bill Barr failed to have DOJ comply with FIOIA requests from Judicial Watch.

Bill Barr intervened to keep the Hunter Biden probe secret until after the election.

It’s hard to count up all the ways that he failed.

Roger Simon, co-founder of PJMedia, wrote that he “used to be a big fan of Attorney General William Barr.” But then he allowed the Spygate investigation to go on too long. U.S. Attorney John Durham, whom Barr had appointed to investigate the origin of the Trump-Russia hoax, didn’t move fast enough. And finally, Barr didn’t say anything about the corruption of the Biden Crime Family when he should have.

“By remaining silent on a lengthy investigation of public corruption of the family of a man who would be president, some of which involves that man directly with our principal enemy, William Barr weighed in heavily on the election, whether he chose to believe it or not.” 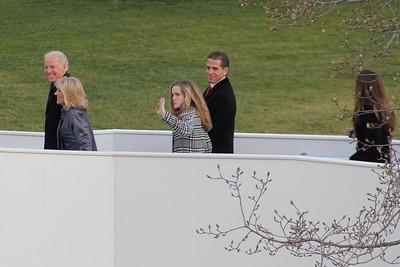 But Barr’s DOJ did indeed confirm there was an investigation into Hunter Biden prior to the election. Or perhaps someone leaked it. Whatever the source, Sinclair Broadcast Group reported in October that the FBI had opened such an investigation. However, Nick Arama at Red State wrote that one has to tread lightly around disclosure of such information:

“But people are beating up Attorney General Bill Barr for supposedly not confirming it when in fact his office did confirm it. It isn’t considered proper to spill a lot of dirt and it can impair the investigation if you do. But he did confirm it.”

“He fought for the law, and the president and was no Jeff Sessions. Barr was prevented by rule 6.e which prevents the Attorney General from releasing information about ongoing grand jury investigations, which included Hunter Biden.  Barr was an excellent Attorney General, a real class-act and this program salutes him.”

“Not only would it have been wrong for Barr to insist that Durham complete his work before the election, it would likely also have been counterproductive. . . .”

“Barr has been a stellar Attorney General. It is sad, but not surprising, that he has fallen out with President Trump and that, accordingly, Trump’s most ardent supporters are now attacking him.”

As my husband likes to say: Nothing is impossible for him who doesn’t have to do it.

It’s damned if you do, damned if you don’t for Bill Barr. The Left hated him for being the President’s man. Hardcore Trump supporters didn’t think he was sufficiently loyal. But as the old saying goes: If both sides hate you, you’ve probably done your job well.