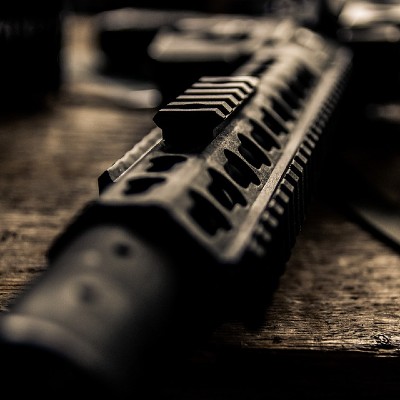 As of the writing of this post, the Los Angeles County sheriffs’ deputies who were targeted in Compton are expected to survive.

Considering the attempted assassination, and the fact that at least one deputy was shot in the face, this news is welcome and amazing.

However, after putting out an initial statement condemning violence in reference to this attempted murder, and then a fuller campaign statement restating that same message, Team Biden decided to revert to priors. It’s time to ban assault weapons, everyone.

Weapons of war have no place in our communities.

We need to ban assault weapons and high-capacity magazines.

This is a real problem for those journalists who were claiming that Biden wasn’t after your guns.

As if we didn’t already know exactly what Joe Biden wants to do about gun control, after seeing him onstage with Robert Francis “Beto” O’Rourke, him of the “hell yeah, I’m taking your AR-15” notoriety.

But in a campaign covered by clapping seals posing as journalists, Biden has not been held to account for his big sweeping statements that saw many of his primary opponents get tripped up. These are the same reporters who simply knock off for the day when Team Biden calls a “lid” for the day and collect their paycheck for doing nothing. So when Biden has stood with Beto and said “you’re going to help me take care of the gun problem,” and promised to “go after the NRA,” these curiously incurious journalists have never questioned the hows and whys from Mr. “Buy A Shotgun.”

But at this very moment, when two deputies lie hospitalized after being shot in cold blood in an ambush, having Team Biden tweet out their desire for gun control is shockingly tone deaf. Calling for limits on “assault weapons” (please define this, Joe Biden) and “high-capacity magazines” (how many rounds is too many, Joe Biden?) in a time when communities being subjected to nightly riots and the police are being undermined and pulled away from community protection shows a profound disconnect between the middle class and the political class. Gun sales have not skyrocketed because people believe that the police are able to come when they call. As those riots that Joe Biden cannot condemn by name inch ever closer to the homes of surburban Americans, and the police are told to stand down, the American people are not going to wait to protect themselves. The McCloskeys of St. Louis might have been targeted for prosecution – but their home and family are still standing because of the presence of a firearm in their hands.

Team Biden has failed to recognize that there is zero momentum for gun control right now. That they have sent out these tweets post-assassination attempt on law enforcement is political malpractice – but far be it from me to keep a political opponent from making a colossal mistake.