Previous post
Democrats Beginning To Admit Biden Is Too Old

Next post
Schumer Backs Off On Senate Gun Bill, But Why? 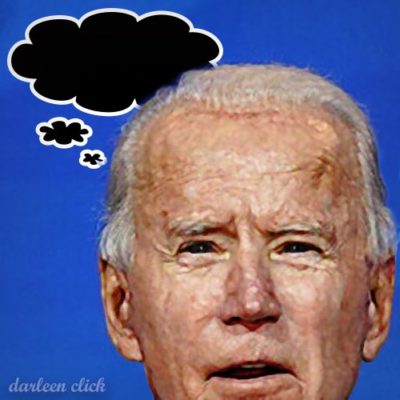 As tragedy struck a school in Texas yesterday Joe Biden, with the good “Doctor” by his side, addressed a mourning nation.

“To lose a child is like having a piece of your soul sucked away.”-Joe Biden

Sure, tell that to the pro-abort crowd, Joe. Biden even goes as far as to quote Scripture, Psalm 34:18, to be exact:

The Lord is near to the brokenhearted and saves the crushed in spirit.”

Biden is religious now, apparently. As one watches Biden blather on, it does not take old Joe too long to change his tune from the old grandpa reciting Psalms to bring about-you guessed it-the gun lobby. I mean, when in God’s name, are we gonna do something about it? Joe is sick and tired of it. I mean, “what in God’s name does anyone need an assault weapon for?” They are not “running through forests with kevlar vests on for God’s sake!”

But Joe did have a revelation of sorts on his 17-hour flight home. These kinds of mass shootings do not happen anywhere else in the world. (Mmmm..we wonder why that is. Well get to that one in a minute.) Biden ponders on the mental health crisis for a moment-a line that was also used (so plagiarized by Biden) by Senator Chris Murphy who implored his colleagues to answer one simple question:

Why are you still here?”-Chris Murphy

Same reason Biden is “still there”. Same reason Joe Biden has enjoyed a lifelong career in politics. What have any of them done? Absolutely nothing. But Joe Biden wants Americans to ponder this:

Where in God’s name is our backbone?”-Joe Biden

Want us to tell you? You go first, Joe. But Joe Biden or Jill Biden could not even tell the press whether or not their saddened hearts will go to Texas to comfort these families who are suffering great loss and grief. He slammed his portfolio shut, walked out of the room with the First Lady in tow. And Anderson Cooper chimes in, “you can see the grief on The President’s face. He lost his son Beau”.

How are we going to fix this? Attack the gun manufacturers, Biden says. Really, Joe? You pondered this all the way back on your 17-hour flight why people in Asia may have mental problems but the incidents of mass shootings pale in comparison to the numbers of incidents in the United States? Could it be, possibly, that Capital Punishment is still permissible in South Korea, and in China and in Japan? There are no “insanity” pleas. When I lived in Asia (in Japan, specifically), there was a saying. When people “do crime” in Japan, they do crime. In other words, the penalty for doing crime in Japan is so severe that no one has the desire to do such a thing. Would-be criminals know that shooting up a school is an automatic death sentence. Even the insane know that an insanity plea is not going to let them off the hook with three square meals a day and a chance to pursue a law degree in prison.

Reports on the Internet will attribute this to Japan’s strict gun laws. But, I tend to think it is more than just the gun laws in The Land of The Rising Sun. I would venture to argue that there is also a strict moral code put into place in Japan-something we lost a long time ago. There is an honor and shame element in the fabric of Japanese culture that we have lost. Japan, like most nations, is not perfect. But we have gone so far to have no shame and, therefore, lost our honor for the sanctity of human life.

So, how are we going to fix this? Biden’s suggestion? To get a backbone.

Now, I don’t know about you but that line right there made me seriously want to throw something at the TV. How dare politicians who sat for years, doing nothing in office tell us to get a backbone. After crushing the souls and spirits of Americans for the past two years, the Democrats want to point fingers yet again instead of honestly assessing the sickness and the rotting stench that comes from their party? What happened in Uvalde, Texas yesterday was a tragedy. It is sad to think our kids may never come home to us and be in the safety of our arms because some lunatic can completely ignore the “Gun-Free Zone” signs and shoot up a school. But to throw lobbying in at a time like this is a tactic that does not require a lot of backbone. If the Democrat party cares so much about lives lost, they would fight late-term abortion as hard as they are fighting the gun lobbyists. But they don’t. Because, sadly, they only care about lives of innocent children when it suits their agenda.

They will throw this back on Conservatives. They’ll say that if we advocate for life, we would advocate for “Common Sense Gun Laws”. In reality, they distract. These laws will not protect these innocent lives. Criminals and mentally ill people in our country will still get their hands on guns. Democrats in this country have pushed this anti-law-enforcement, anti-family unit, pro-criminal rhetoric for so long. And as far as mental health and care for the issue at hand goes, we look no further than out our windows in Democrat-lead cities like Seattle, where mentally ill people freely roam the city streets-homeless, addicted to drugs and prone a life of violence and criminal activity. Those in power have done nothing to fix this.

But Joe Biden wants us to get the backbone? Forgive me if, instead of reciting a Psalm, I point Joe Biden to heaven with both fingers. I know, I should be a better person but being a better person is hard when the so-called “leader” of our free nation is a blathering invertebrate.