Next post
Embassy In Kyiv Should Reopen, Says Senators 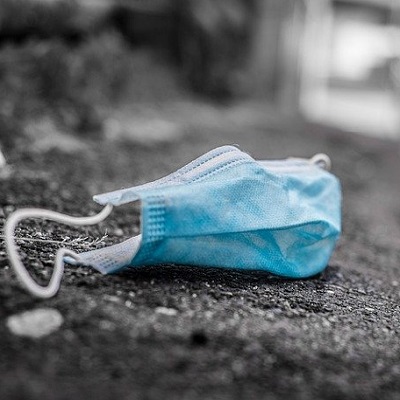 Major Airlines, Amtrak and Uber and Lyft have all dropped their mask mandates. But the Biden administration wants masks forever. Now the DOJ wants to appeal to revive the mask mandates.

Or so it seems. We know Jen Psaki was not happy to learn of this news. So, so very disappointing.

We also think the mask mandate should be in place and that it’s safer for individuals who are flying to continue to wear masks. So we would say to anyone sitting out there: We’d recommend you wear masks on the airplane.”-Jen Psaki

This flight attendant was far from disappointed, Jen:

Well, Biden did not come out and say this initially. The decision to lift the mandate came down. Jen said she was “disappointed”, Biden said it should be “up to the the discretion of the passengers“, and that he was “following the science” when saying this. Must be the Easter Bunny told ol’ Joe to say the wrong thing because the DOJ chimed in to make their statement clear yesterday afternoon/evening: They will be appealing to revive the mask mandate on public transportation if….wait for it…the CDC determines it’s needed.

So, the CDC is now a judicial branch of The United States of America? And, really, how many times did the CDC flip-flop on their own mask guidance over the past two years? I lost count. Just as many times as the so-called “science” has changed during this pandemic, I assume.

Let’s not even talk about the time and the resources that will be wasted to appeal this ruling.

The Department of Justice and the Centers for Disease Control and Prevention disagree with the district court’s decision and will appeal, subject to CDC’s conclusion that the order remains necessary for public health. The Department continues to believe that the order requiring masking in the transportation corridor is a valid exercise of the authority Congress has given CDC to protect the public health. That is an important authority the Department will continue to work to preserve.”-spokesman Anthony Coley

Man, were times great for the Democrats when people were scared and they were able to shut down businesses and schools and halt travel and dictate human beings wear a face covering over their nose and mouth at all times while flying at an altitude of 35,000 feet. Those were the days! Life was so grand when Democrats got to do whatever the hell they wanted while they scared Americans straight away from getting together for church or Christmas or with their grandkids and great-grandkids or with their elderly grandparents. Life was so awesome when toddlers were getting kicked off planes for not wearing their masks. That two year-old should be ashamed and put on the no-fly list! We were for sure made to be better, more caring individuals at the helm of the Democrats’ control, right? Things were great when Democrats won and everyone followed their rules. Now, things aren’t going so well for Joe Biden and his camp. Which begs the question of why on Earth would the DOJ even want to appeal the lifting on mask mandates on transit?

This continues to be a mystery. It could be that they are that clueless. Or it could mean that they are that desperate for control and know they are failing (and flailing) miserably and do not care at this point who they piss off. But, according to Democrats and their mindless followers, Trump was the authoritarian. Trump wanted complete control. The Biden Administration? Nope. They just want masks forever for the minions and they are willing to bring the DOJ and the CDC into it because of a few “disappointed” liberals who are sad that the control is slipping through their fingertips and people are actually beginning to wake up, enjoy life and live again. I mean, how dare they! They need to be in fear. They need to be subjugated. They need to be muzzled by a useless piece of cloth. As President Cornpop says….make no mistake…they liked this control. They got off on this control.

In truth, the liberal Democrats clinging to the control that resulted over COVID-panic, fear and masks make us who value the 2nd Amendment, God and Country look less like the “bitter clingers” we were described as being in 2008. Hey, at least my firearm and my Bible are not useless pieces of cloth to signal how obedient I am to the laws of man. My, how the times have changed and tides have turned! We can only hope for them to continue to do so.