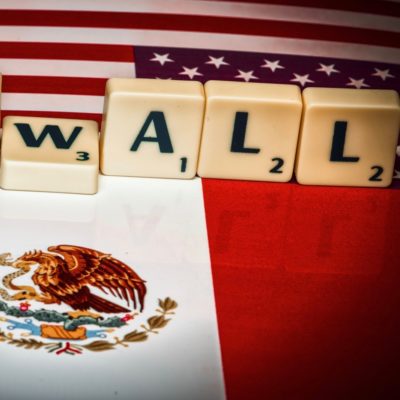 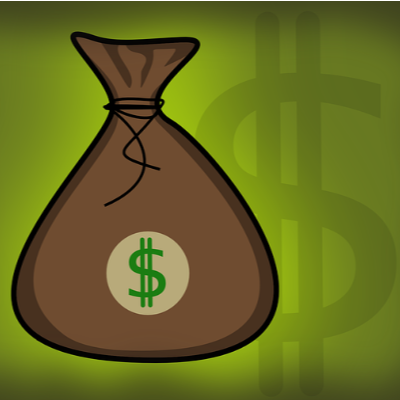 The increasingly strident, multi-talented Bette Midler has deigned to let us know that she is not a fan of rich white men. Any and all of them. However, former Starbucks CEO is a potential candidate for the 2020 Presidential Race and he drew her ire on Twitter. 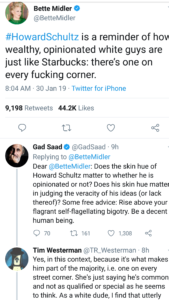 Do you get the feeling that the Divine Miss M has not gotten over the fact that Donald Trump ran the Electoral College table on Hillary Clinton in the 2016 Presidential Race? Yes! Midler held fundraisers for Clinton and, last summer Hillary came out to support Midler in the most recent “Hello Dolly” revival. Here’s a hint, and I love musicals: Stop reviving her. Dolly is dead. Barbra Streisand killed her forty years ago.

The even louder and more strident Alec Baldwin warned Bette a bit:

Alec Baldwin, who plays Trump on “Saturday Night Live” and is one of the president’s most prominent critics in the entertainment industry, defended Schultz in a Wednesday tweet.

“Dismissing a candidacy due to an individual’s wealth is a bad idea,” Baldwin tweeted. “Demonizing money/profits/success is the wrong path for us to go down.”

Because Alex remembers something that Miss Midler has not yet incorporated into her, pardon the expression, thinking. They are white and rich too. Quelle horreur!

What about that Howard, you rich, white guy:

How self-made is Howard? Unlike Alexandria Occasional-Cortex, his project roots are real. Schultz was born in the Canarsie area of Brooklyn. His escape was a football scholarship to Northern Michigan University. From Biography.com:

After graduating from the university with a Bachelor of Science degree in communication in 1975, Schultz found work as an appliance salesman for Hammarplast, a company that sold European coffee makers in the United States. Rising through the ranks to become director of sales, in the early 1980s, Schultz noticed that he was selling more coffee makers to a small operation in Seattle, Washington, known then as the Starbucks Coffee Tea and Spice Company, than to Macy’s. “Every month, every quarter, these numbers were going up, even though Starbucks just had a few stores,” Schultz later remembered. “And I said, ‘I gotta go up to Seattle.'”

Howard Schultz still distinctly remembers the first time he walked into the original Starbucks in 1981. At that time, Starbucks had only been around for 10 years and didn’t exist outside Seattle. The company’s original owners, old college buddies Jerry Baldwin and Gordon Bowker and their neighbor, Zev Siegl, had founded Starbucks in 1971. The three friends also came up with the coffee company’s ubiquitous mermaid logo.

“When I walked in this store for the first time—I know this sounds really hokey—I knew I was home,” Schultz later remembered. “I can’t explain it. But I knew I was in a special place, and the product kind of spoke to me.” At that time, he added, “I had never had a good cup of coffee. I met the founders of the company, and really heard for the first time the story of great coffee … I just said, ‘God, this is something I’ve been looking for my whole professional life.'” Little did Schultz know then how fortuitous his introduction to the company would truly be, or that he would have an integral part in creating the modern Starbucks.

Bette Midler was blessed with a big voice, a bubbly personality, a winning smile and a determination to work hard. Why does she resent someone else who worked hard.

I kind of have two theories. 1. She has such hatred for Donald Trump that anybody that could mess with the Democrat primaries earns her scorn. 2. The stereotypical self-hating Jew. Bette Midler grew up one of very few Jewish families in Hawaii, in case you didn’t know.

And, by the way, Miss Midler really hates Donald Trump with a passion. Her most recent hate Trump Tweet: 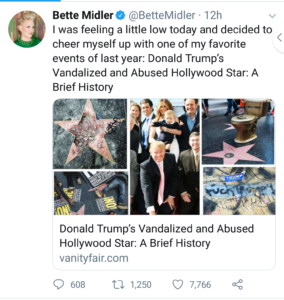 Makes me proud to be a Trump supporter.

Howard Schultz won’t end up running in the 2020 Presidential Race. His face shows that he can’t take the criticism. I am a fair kind of gal. I don’t like seeing the Hollywood pile-ons. And, one rich, white person going after another is so declasse.