Previous post
Trump 101, Part 4: Tabloids, and the Seduction of America

Too Bad Trump Supporters, GOP, Fox: I Still Will Not Vote for Trump.

Too Bad Trump Supporters, GOP, Fox: I Still Will Not Vote for Trump. 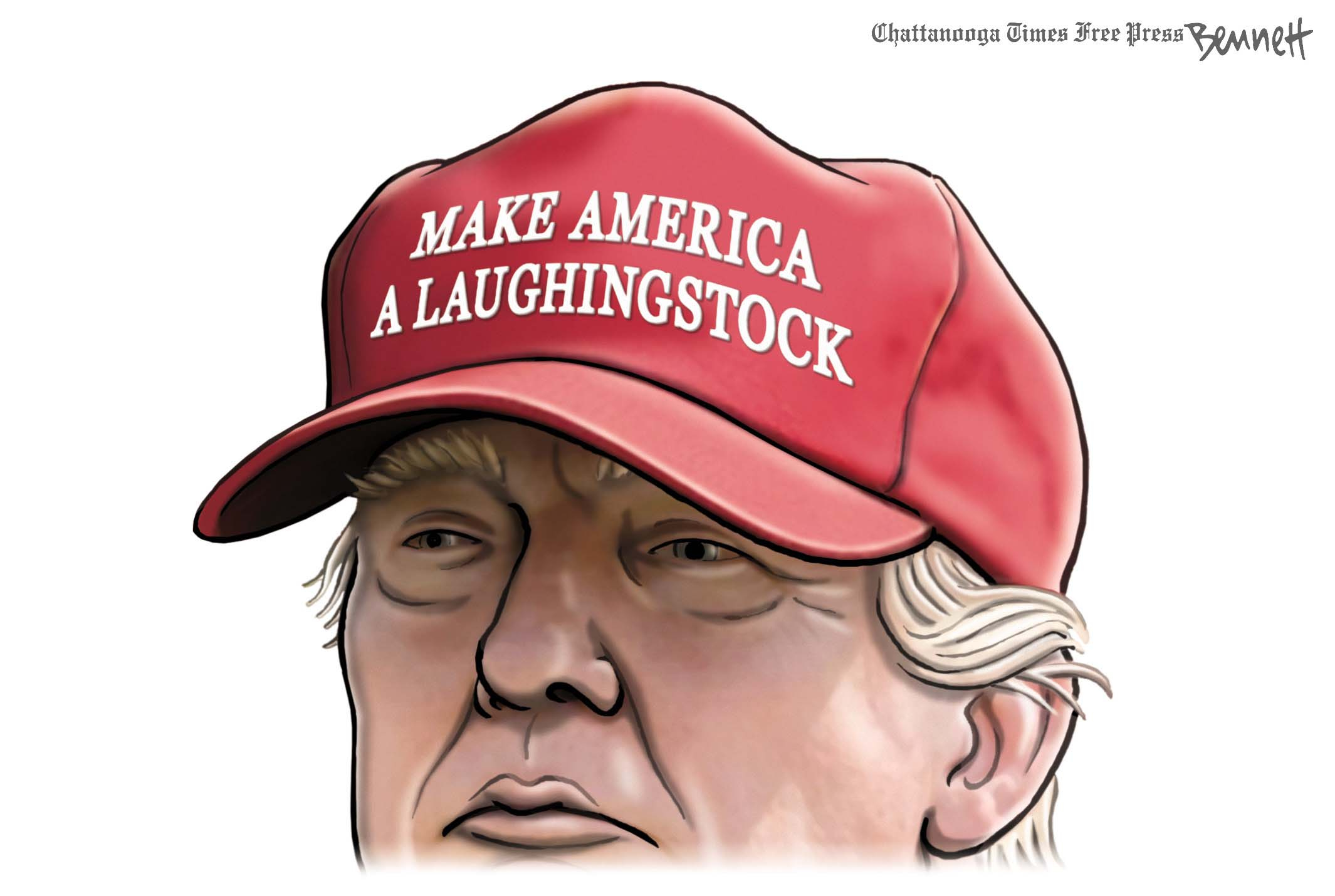 by Kim Hirsch in Headlines 18 Comments

Sorry, GOP. Too bad, so sad, Trump acolytes. You don’t own me or my vote. You cannot guilt me into voting for Donald Trump.

If some of you Trumpanzees are reading this now, you may be getting ready to fling your verbal poo my way, accusing me of supporting Hillary. Your thought process — if you have one that is rational — tells you that not voting for Trump is a vote for Hillary.

That’s called a false dichotomy. I’ll speak slowly, false di-cho-to-my. It’s a logical fallacy. I have other options. And unless I directly vote for Hillary, then I’m not casting a vote for her. 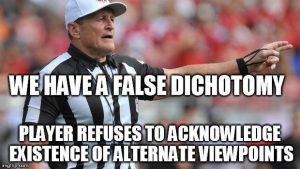 I can avoid voting for either Republican or Democratic presidential candidate, and stick with voting for down-ballot Republicans. I can vote for the Libertarian candidate — interesting that their memberships applications have doubled since Trump became the nominee. I had never heard of the pro life Libertarian candidate Austin Petersen until last night, and when I tried to access his website, I couldn’t. Too much traffic, no doubt.

You Trumpers foisted your rude, crude, ignorant candidate on me, a blowhard who didn’t know what the nuclear triad is, who thought the Supreme Court made laws, who wanted our military to violate Geneva Codes by killing the families of ISIS members and thought he could just order them around like some Roman emperor, and never once mentioned constitutional principles during the debates. He called his rival candidates pejoratives like “Lyin’ Ted” or “Little Marco,” ridiculed Carly Fiorina’s face, and accused Ted Cruz’s father of being in cahoots with Lee Harvey Oswald. He tweets insults like a seventh grader on meth.

And you worship him. All hail Glorious Leader Trump! Life in America will be perfect! 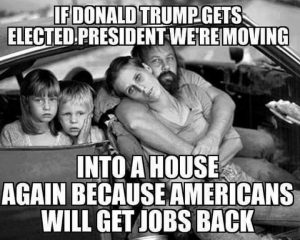 Then people like me who are disgusted by this whole farce are expected to just set our concerns aside and join you in your cult worship, but if not, make sure you vote for Trump because. . . Hillary!

Do you think I want to align myself with this kind of knuckle-dragging moron, who spouts conspiracy theories about Goldman-Sachs and Ted Cruz? This feces-for-brains imbecile who has nothing intelligent to say, but yells “Lyin’ Ted! Lyin’ Ted!” like some deranged cockatoo?

And I’m looking at you, Fox News. I’ve watched you for years, but can no longer stomach you prostituting your journalistic integrity to slobber all over Trump in fawning interviews and unlimited call-in privileges. Too bad you’re bleeding viewers to CNN.

Finally, there’s you, GOP. You weak-kneed spineless cowards are concerned only about protecting your status in government. You made only wimpish efforts to curtail the Trump train, and never supported Ted Cruz, whose policies embody your conservative platform. But Ted Cruz was a threat to your status, so here you are.

Now you expect me and all other conservatives to fall in line.

.@realDonaldTrump will be presumptive @GOP nominee, we all need to unite and focus on defeating @HillaryClinton #NeverClinton

Really. I should support the most unhinged candidate the Republicans have ever put forth.

Speaking of unhinged, how many of you would trust that bombastic golem Trump with the nuclear codes? Not me, but don’t take my word for it. Charles Krauthammer, who is a psychiatrist as well as a pundit, expressed concern about Trump’s mental stability last night with Bill O’Reilly. And if a psychiatrist warns you about the finger on the nuclear button possibly being unfit for office, you should be worried.

I have a son-in-law who is a squadron weapons officer in a particular submarine class. Would I trust Trump as his commander-in-chief? Not on a bet.

No, Trumpers, and Fox News, and GOP. You all imposed this fool upon me as my presidential candidate and now you expect me to fall into lockstep and submissively vote for him. Ain’t gonna happen.

You were all warned for months about the toxicity of Trump. People and groups on social media, small blogs like ours and major conservative publications like National Review expressed their apprehensions. But you didn’t listen. The GOP was more concerned about kissing Trump’s tuchas, Fox News was hunting for the big ratings, and you Trumpers were more concerned about “tearing down the Establishment,” whatever the hell that means.

Sorry. You broke it. You own it. I will not vote for Trump, and you cannot shame me into doing so.