Next post
Illegal Immigrants Quietly Being Pardoned By Biden Administration 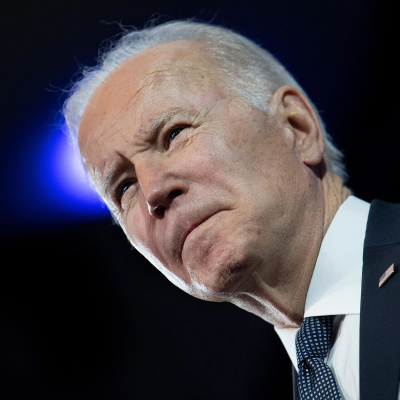 Joe Biden briefly left the basement to sign the Safer Communities Act, the bipartisan, useless, gun bill that will save few, if any, lives, but puts constraints on a Constitutionally guaranteed right. Mumbles took a couple swipes at the Supreme Court for overturning Roe v. Wade. So odd that Pedo Joe has been telling us for months that no right is absolute. Are rights, enumerated in the Constitution, rights or not, Joe?

Creepy Joe, the pro-death Left and some Never-Trumpers have had their knickers in a wad since the Alito-written decision was leaked by some hero of the Deep State, yet unnamed. My theory is they know darn well who leaked the decision, but the Swamp protects its own. The Left promised violence and they always deliver. We need to start teaching civics in school again. Enshrined in the First Amendment is the right to “peaceably assemble”. Tagging statues, tearing up State Houses and beating up fellow citizens are not among our rights.

Yesterday, Mumbles Biden warned against violence in the wake of the Roe decision and said he wants “peaceful, peaceful, peaceful, peaceful” protests. It’s the fourth time that makes it stick. Joe was might quiet about threats and intimidation for the weeks between the leak and the release of the decision. Could it be that he hoped to intimidate the Court into changing the decision? Joe also said that the decision took away Constitutional Rights. He bleated about equality and dignity while squinting at the teleprompter. Behold:

Poor Dementia Joe. He did graduate from law school near the bottom of his class and maybe he never took civics class. The Second Amendment clearly enumerates the right to bear arms. Abortion, penumbras not withstanding, got no mention. That means the right to regulate abortion remains with the State. Many states have already approved legislation to uphold their community standards regarding abortion. By the way, 60% of abortions are now done with medication. In most states, you can have the abortion pill up to 11 weeks. I am certainly willing to have a conversation about the risks, efficacy and ethics of the abortion pill.

Joe hasn’t always been so thoroughly confused about rights enumerated in the Constitution, right to bear arms, versus those not found in the text, baby killing. From the New York Times:

It was a new era in Washington in 1981, and abortion rights activists were terrified.

With an anti-abortion president, Ronald Reagan, in power and Republicans controlling the Senate for the first time in decades, social conservatives pushed for a constitutional amendment to allow individual states to overturn Roe v. Wade, the Supreme Court ruling that had made abortion legal nationwide several years earlier.

The amendment — which the National Abortion Rights Action League called “the most devastating attack yet on abortion rights” — cleared a key hurdle in the Senate Judiciary Committee in March 1982. Support came not only from Republicans but from a 39-year-old, second-term Democrat: Joseph R. Biden Jr.

“I’m probably a victim, or a product, however you want to phrase it, of my background,” Mr. Biden, a Roman Catholic, said at the time. The decision, he said, was “the single most difficult vote I’ve cast as a U.S. senator.”

Plugs Biden eventually voted against the 1982 act. But, you can tell that at that time, he had not completely sold his soul. But, I don’t know why he’s discombobulated about the right to kill a baby. Creepy Joe said that no right is absolute when talking about the enumerated Second Amendment. Remember:

President Biden said Thursday that the Second Amendment “is not absolute” during a rare, prime-time speech on the recent wave of horrific, mass shootings.

“I respect the culture and the tradition and the concerns of lawful gun owners, Biden said from the White House. “At the same time, the Second Amendment, like all other rights, is not absolute.”

If enumerated rights, like the Second Amendment, are not absolute, how then can penumbra rights be absolute? If every time someone shot a firearm someone died, we would have a problem and a discussion. With 393 million firearms and 330 million people, that would be a problem. Every time an abortion is performed at least one person dies.

Joe needs to have a handler make up his mind, are rights absolute or not?