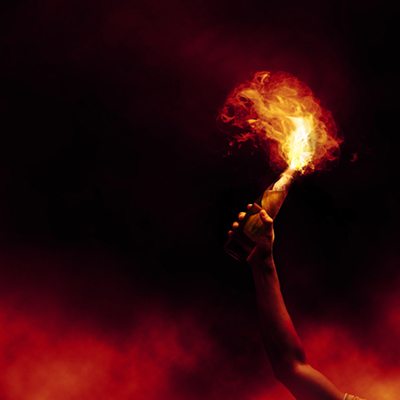 As businesses boarded up in D.C. this afternoon, strident calls for violence — general and specific — grew through the evening.

Here Arizona’s Senate, voting on school choice, had to recess due to a raging mob peaceful protestors breaching the security outside the building and entering the building.

AND THEN… Senate immediately bails out because of ‘security situation.’ Area outside Senate filled with people protesting Roe decision. They appear to have entered building. pic.twitter.com/scZfijFz4G

Doesn’t this sound a little insurrectiony? Well, as of just before 9 pm PDT, AZ Senator Kelly Townsend had this to say:

We are currently there being held hostage inside the Senate building due to members of the public trying to breach our security. We smell teargas and the children of one of the members are in the office sobbing with fear. I expect a J24 committee to be created immediately.

J24 hearings. Heh. Senator Townsend later went on to say most Democrats were trying to make excuses for the rioters trying to break glass and enter the chamber.

The California Left refuses to let an opportunity for public demonstrations of rage and violence pass them by. They blocked the Los Angeles downtown area until the LAPD declared an unlawful assembly. Mostly peaceful protestors gathered near LAPD HQ and threw explosive fireworks at officers. They also spilled out to march along the 110 freeway where, we are sure, weary Friday night commuters were pleased to see them.

And, looking for a repeat performance of the kind of violence we saw for eight months in 2020, the black-clad Antifa idea showed up at SCOTUS to scream “Burn it down!”

The Seattle version of Idea Antifa got a bit spicey too.

A young pro-life woman was attacked Friday night in Seattle amidst violent protests over the overturning of Roe V Wade.

The Post Millennial’s Katie Daviscourt reported from the Seattle protest and captured the attack on video, showing the woman was pepper sprayed and tackled to the ground by Antifa militants.

Yes, dear readers, nothing quite says “I support Women’s Rights” like giving a beatdown to a young woman in public.

Not only have the usual suspects been planning violence since the time of the Dobbs draft leak, but they gave us a preview in the 40 incidents of violence against pro-life organizations, especially pregnancy centers. Yesterday saw any number of rash and totally unacceptable calls for violence from elected representatives.

But no one dare call it incitement or seditious.

Speech disagreeing with the Left is the *real* violence.

Let’s hope that if the rage monkeys of the Left keep it up this summer, the rational adults in the room remember in November.