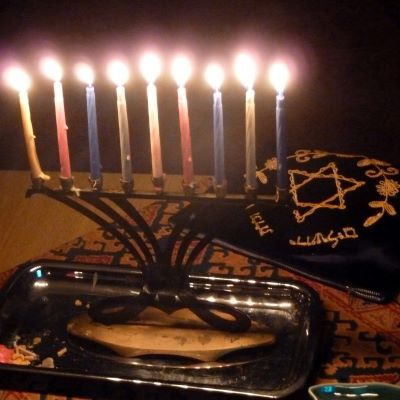 Anti-Semitism is on the rise – both in the United States and worldwide. A rash of attacks against Jewish citizens in New York has left the nation floored, and this morning, we woke up to discover that a London synagogue and several Jewish store fronts were vandalized with anti-Semitic graffiti.

London Mayor Sadiq Khan tweeted his ostensible “outrage” at the modern-day Kristallnacht in his city. But sadly, his sentiments ring hollow.

This makes me sick to my stomach.

Anti-Semitic graffiti like this is a hate crime, it has no place anywhere and certainly not in London. @MetPoliceUK are investigating. We will not tolerate abuse or intimidation of our Jewish community. https://t.co/Ts4ztRzyTO

Khan belongs to the rabidly anti-Semitic Labour Party, whose Jew-hating Marxist former “leader” Jeremy Corbyn has unapologetically presided over toxic anti-Semitism within the party that got so bad, even far-left Jews in the UK began to think twice about giving Labour their votes.

The Jewish Labour Movement, or JLM, says it knows of 130 outstanding anti-Semitism complaints against Labour. During a debate Nov. 19 with Prime Minister Boris Johnson of the ruling Conservative Party, Corbyn said Labour had “investigated every single case” of anti-Semitism. The JLM has provided a list of action points to root out anti-Semitism, including regular updates on the number of complaints and anti-Semitism training for the disputes panel, but says they have not been addressed.

So why is it that Khan is so “outraged” and shocked by the anti-Semitic graffiti appearing boldly and blatantly all over his city? After all, Corbyn, who called Hizballah and HAMAS – two terrorist groups dedicated to destroying the Jews and Israel – “friends.” There were high-profile suspensions over anti-Semitic comments by MP Naz Shah, former London Mayor Ken Livingstone, and Corbyn’s pal MP Chris Williamson, who was booted out of Labour for claiming that the “problem of anti-Semitism had been overstated.”

And yet, Labour failed to do much about its anti-Semitism problem, according to the BBC.

In April, the Sunday Times reported that Labour had received 863 complaints against party members, including councillors.

The newspaper claimed leaked e-mails it had seen showed more than half of the cases remained unresolved while there had been no investigation in 28% of them.

It said fewer than 30 people had been expelled while members investigated for posting online comments such as “Heil Hitler” and “Jews are the problem” had not been suspended.

A senior rabbi in Europe has openly pointed to a rise in anti-Semitism as “an existential threat to the Jewish community.”

So maybe, Khan should stop pretending to be shocked and outraged. He and his Labour pals are part of the problem.

In the United States, the shock and awe at the rise in anti-Semitism. Communities are rattled, and leftists – in particular – are using pro-Jewish graphics on their social media pages to support Jewish communities.

And yet, the most rabid anti-Semites are coming from the left.

The popularity of unhinged, anti-Semitic twatmolds Rashida Tlaib and Ilhan Omar remains unchanged, even as their anti-Semitism is a matter of record.

American Jews see the rise in hatred toward them, but are hard-pressed to do anything to protect their own, relying on the very leftist governments that protect and spout hatred against them to protect them against anti-Semitic attacks.

The FBI reports that 57.8 percent of hate crimes motivated by religious bias in 2018 were anti-Jewish. That’s a staggering figure in this day and age, considering the efforts made to ensure the horrors of the Holocaust are never forgotten.

And yet, the Democratic Party over the last few years has made an effort to either pointedly ignore the rabid anti-Semites in its ranks, minimize the plight of the Jewish people, or outright cheer as the most biased, anti-Semitic of its members and supporters, proudly call for the economic destruction of the Jewish state, denigrate the patriotism of those who support Israel in any way, and claim Jew money fuels the political engine of the United States.

The Democrats on Capitol Hill were too terrified and intimidated by the anti-Semitic slime among them to pass a real resolution condemning anti-Semitism among its ranks, and instead passed a watered-down, mealy mouthed “condemnation” of all forms of bigotry, out of fear of pissing off the loud, obnoxious, anti-Semitic shitbag who continues to spew hatred with impunity.

Bernie Sanders – one of the top Democratic contenders for the presidential nomination – has a set of anti-Semitic sows squealing the virtues of Marxism for his campaign.

Squawking socialist Barbie doll Alexandria Ocasio-Cortez, who has been a staunch defender of Omar’s anti-Semitism, deflecting attention from her inexcusable comments to other convenient pet victims, is riding around with Bernie, helping him finger-bang a younger generation of imbeciles who would otherwise think that the crazy near-octogenarian with the wild hair might be a bit too old and derpy to push through the free shit he’s been promising. Occasional-Cortex also had the temerity to minimize the plight of Jews in the Holocaust by comparing detention camps for illegal aliens on the southwestern border to “concentration camps, as if millions of Jews were clamoring to enter Germany to be put in labor camps and exterminated.

Bernie surrogate Linda Sarsour – no stranger to anti-Semitism – remains with the campaign, even though the Women’s March cut ties with the Louis Farrakhan-fellating, Jew hating, Palestinian nationalist snatch this year when they realized that having someone who advocates imposing the misogyny of Sharia law might not be the best look for a movement that advocates for women’s rights.

The Democrats writ large have a Farrakhan problem, and it’s a major problem in the form of Jew-hating weirdos, such as the head of the so-called “Nation of Islam,” writes Kevin Williamson for the National Review.

Farrakhan has been an out-and-proud Jew-hating weirdo for many decades now, but Democrats still feel the need to make gestures of obeisance before him: Anti-Trump leaders such as Tamika Mallory and Linda Sarsour of the Women’s March have embraced Farrakhan and courted his favor. Barack Obama came a-calling in 2005 when he was ramping up his political career. The Congressional Black Caucus has consulted him. Bill Clinton stood alongside him at Aretha Franklin’s funeral, implicitly elevating the cult leader. California Democrats Barbara Lee and Maxine Waters attend Farrakhan’s public events, and Obama-administration veteran Eric Holder recently posed for a picture with him.

And of course, there’s the liberal darling Rashida Tlaib. I will not call her crazy, because that would be demeaning to people with real mental issues. But the psychotic, unhinged snail trail is no stranger to revisionist history, promoting the “calming” myth that somehow it was her warm, fuzzy Palestinian ancestors provided a safe haven for Jews fleeing the Holocaust, rather than providing safe haven to HAMAS and Palestinian Islamic Jihad from which to murder Jews with Iranian rocket attacks.

So, it is not surprising to anyone with a pair of open eyes and a functioning brain that anti-Semitism is on the rise in the United States, but it’s certainly not largely coming from the Republican camp, as the left would have you believe.

Featured image courtesy of Pexels; free for public use.