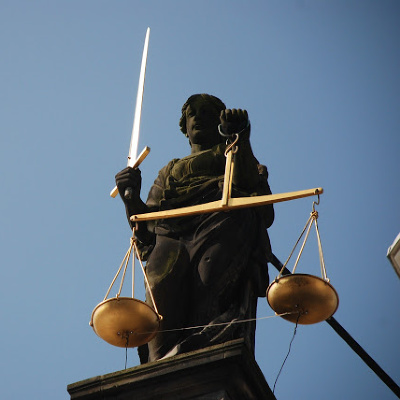 Shannon Watts of Moms Demand Action—a gun control organization partnered with Michael Bloomberg of I Want to Be Your President fame—has me blocked on Twitter. She has a lot of folks blocked on Twitter. Why? Because she’s allergic to the truth about her beloved Gun Control Crusade.

And her latest Twitter verbal vomitous is emblematic of the manure she spreads throughout the interwebz every day.

Behold her latest made-up “facts” on guns, screen-capped by yours truly since I’m on her No Facts list (I’m betting some of you reading this are as well): 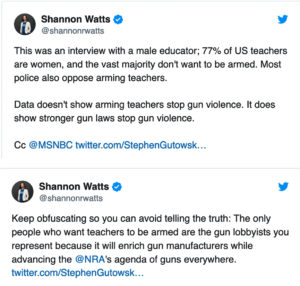 This is her response to a story about how some Utah teachers, as has happened in Colorado, are arming themselves to help harden their soft targets—which describes the lack of effective security measures at so many of our public schools—as shared by a lowly Free Beacon reporter-slash-gun safety instructor:

It reminded me a lot of my time with teachers training to legally carry guns in Colorado https://t.co/ZQxEGzMPcs

First of all, to Shannon Watts: mind your own damned business. You don’t get to dictate what teachers in the school districts of states you don’t reside in choose to do to secure their schools.

Secondly, Watts’ assertion that staff of a certain gender don’t want to be armed, while the other is foaming at the mouth to do so, is sexism at its most preposterous. And it’s patently false.

Women are one of the fastest-growing segments of firearms ownership. And some of them are teachers willing to protect their students:

Did you notice the make-up of the attendees? Yeah, some of those were women, Ms. Watts. It may come as a shock to you, but there are millions of us out here; women who have every intention of putting up a fight when it comes to saving lives.

Let’s take a look at a shooting, unfortunate and heartbreaking as it is, that happened just yesterday:

At least three people are dead after a Monday morning shooting at an Oklahoma Walmart, authorities confirmed…”

“Family members told Fox 25 the shooting was the result of a domestic dispute between a husband and wife. Witnesses told several local television stations the suspect shot the two people inside the car before an armed shopper approached with a gun—prompting him to shoot himself.”

“While authorities did not go into specifics about the incident, Ford told reporters Monday that ‘at some point the shooter did walk up to the car,’ and added that while an armed civilian was at the scene, he cannot confirm if he intervened before the shooter killed himself.”

So, if eyewitness accounts are accurate—and we all know initial reports can be tricky—the shooter was hindered by that proverbial Good Guy With a Gun. In Shannon’s warped world, more people could have died yesterday. Just like what happened at the First Baptist Church of Sutherland Springs, Texas two years ago, when Stephen Willeford, a former NRA gun safety instructor, interrupted a mass shooting with his own AR-15, a rifle the brain trust that is Shannon Watts would forcibly confiscate from him if she had her way.

Not to mention the rash of shootings occurring as of late in California, where you’ll find some of the most Draconian guns laws in America. How’re all those stricter gun laws working out there, Ms. Watts?

It’s a proven fact—one that many on the Left don’t want us to know—that firearms are used defensively hundreds of thousands, if not millions of times a year.

No, people like Shannon Watts don’t genuinely want to address mass shootings and how to reduce them, particularly those that occur on school campuses (and no, as tragic as they are, mass shootings at schools are not an epidemic). Because if they did, they’d be willing to look at every avenue that leads to safer schools: metal detectors, multiple exit locations in each classroom with at least one leading outside, student instruction on surviving a mass shooting, bullet proof doors, windows, and walls, special door locks, hiring trained veterans and/or retired law enforcement, and yes, arming volunteer staff who are willing to step up and attain the necessary, and ongoing, training.

And yes, Shannon, despite your ignorant protestations otherwise, there are teachers and other staffers of both genders—plenty of them—who are willing to arm themselves in an effort to act as sheep dogs over their precious flock. And no amount of lying from the Gun Control At All Costs crowd is going to stop them.

The truth is: what works for one school may not work for another, with some combination of security options the reasonable answer for most campuses. And gun control? Well, that’s not one of them; unless, of course, you’re not serious about reducing crimes committed with guns by people who shouldn’t have them in the first place (there’s another discussion the Shannon Watts’s of the world refuse to have).

And for me, Watts’ unwillingness to have an open mind on the things that are proven to work, and the things that don’t—hello! Can we burn all those moronic Gun Free Zone signs?!—is just further proof that some on the Left don’t really want to protect kids while they’re at school. They want us, all of us, disarmed, no matter the collateral damage. And that’s a real danger to students, and those who cherish them, everywhere.