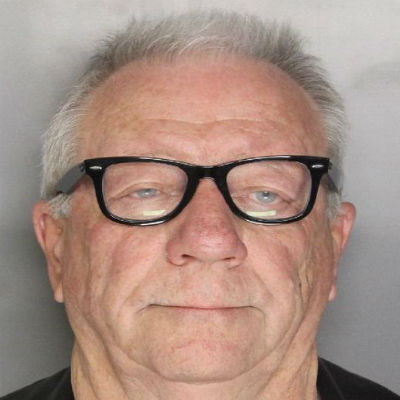 Anthony Borges Blames Broward Sheriff And School For Parkland, Not The NRA [VIDEO] 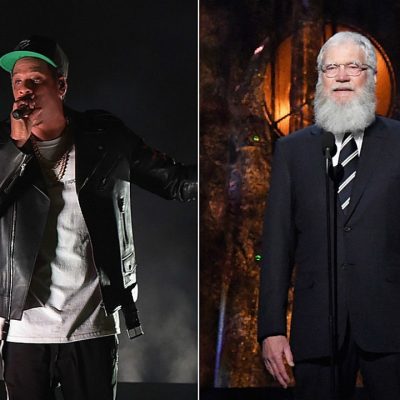 Next post
Jay-Z to Letterman: "Trump is Bringing Out An Ugly Side Of America We Thought Was Gone."

Anthony Borges Blames Broward Sheriff And School For Parkland, Not The NRA [VIDEO] 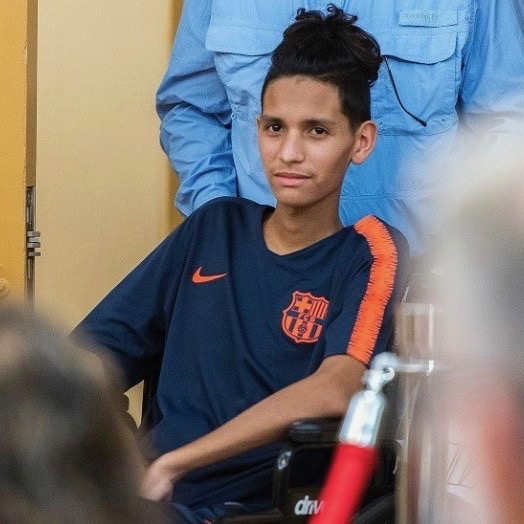 Anthony Borges went home from the hospital on Wednesday. He is the young man who blocked the doorway at Parkland so Nikolas Cruz couldn’t shoot any more students, and in doing was shot five times.   Last night Anthony, along with his family and their attorney held a press conference. Guess who Anthony blames for Cruz’s attack?

“To Sheriff Israel of the Broward Sheriff’s Office and Robert Runcie, the Superintendent of schools in Broward, I want to thank you for visiting me at the hospital, but I want to say that both of you failed us, students, teachers and parents alike, on so many levels,” read his attorney Alex Arreaza. [Emphasis Added]

Wow. So they are not blaming the NRA? Huh. How about that? But hey, guess what? Anthony is right. 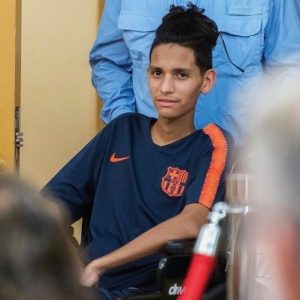 How many times have we here at Victory Girls pointed out the multiple failures, 68+ of them, by law enforcement, school, and mental health professionals to deal with Cruz’s years worth of issues? I’m losing track.

Anthony Borges hasn’t said much over recent weeks. Much of the time, he’s been unable to considering his recovery involved nine, count them NINE, surgeries since February 14th.

However, since then, as has been reported, it’s become glaringly evident that Cruz’s attack could’ve been prevented months if not years ago.

Did you catch that? Borges’ statement included a strong request that the school district and law enforcement agencies discontinue a program that has put lives in danger across the entire school district. What program is that?

It’s the jail back to school re-engagement program along with the touchy-feely Behavior Prevention program the district implemented in 2013. These programs, called PROMISE, are an attempt to stop the school-to-prison pipeline. Instead, violent offenders are placed back into the schools, much of the time without ANYONE’S knowledge. How violent are these juvenile offenders?

A Broward County schools spokeswoman declined to provide specific examples of crimes that had been committed by the returning offenders. But county juvenile court statistics show that Broward students between the ages of 10 and 17 arrested from 2014-2016 were charged with a range of serious crimes, including: murder, manslaughter, armed robbery, car theft, aggravated assault, battery, sex offenses, weapons violations, vandalism, drug charges and other felonies related to gang activity. [Emphasis Added]

How many violent juveniles have come back into the mainstream school system since 2013? Well over 2,000.

Needless to say, Anthony Borges was blunt and clearly has given a lot of thought to this matter. Sorry to burst your bubble David, Cameron, and Emma, but Anthony doesn’t blame the NRA. As stated above, he places the blame squarely on the shoulders of those who ignored the multiple warning signs. Broward County School Superintendent Robert Runcie and Broward County Sheriff Scott Israel.

Quick question. How is the media reporting Anthony’s statements?

Parkland shooting survivor Anthony Borges, credited with saving 20 of his fellow students, made it known in a press conference Friday he and his family were not pleased with several circumstances around the massacre. https://t.co/ZBIAWQgNn1 pic.twitter.com/cux7mpdYcY

“Not pleased?” That’s pretty innocuous don’t you think? Media bias is showing again. Is there a reason why ABC and other media outlet are refusing to write a headline similar to what local Miami news did?

‘Both Of You Failed Us’: Florida School Shooting Hero Blames Sheriff, Superintendent

Instead, they are basically saying Anthony is annoyed with some people. Why are they dumbing down what Anthony said? Because is blows their anti-NRA narrative out of the water. OOPS.

Anthony is a reluctant hero who is to be admired for his bravery, courage, and perseverance. Yesterday he made it clear he will be focusing on efforts to fixing the problems and failures within the Broward County system that opened the door for this attack to happen. Good for him.