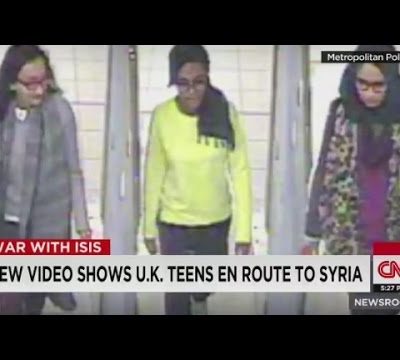 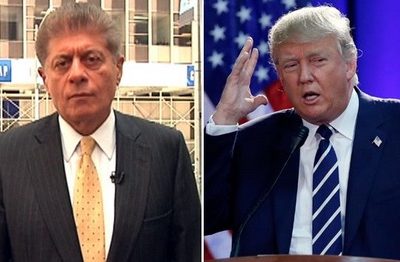 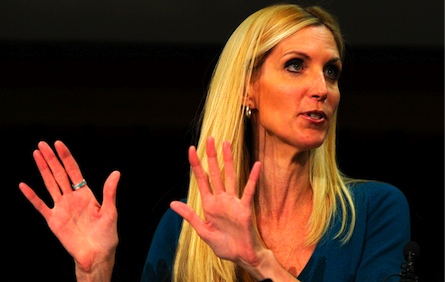 After reading this paragraph, you’ll be taken through a series of Ann Coulter’s recent tweets. Her love for Trump went into full throttle this week after Donald Trump released an immigration policy, one that would require a Goliath-esque government that goes well beyond anything considered conservative.

I personally find that Gary Wright’s Dream Weaver gently playing in the background creates a delightful ambience for the following:

How can anyone disagree with this? @realDonaldTrump: IMMIGRATION REFORM THAT WILL MAKE AMERICA GREAT AGAIN – http://t.co/l7nq8gN7i5

These morons with their little position papers on how to replace Obamacare, deal with Iran and defund planned parenthood …

… too stupid to grasp that they'll never be in a position to do any of that unless we stop foreigners from voting in our elections.

In the last month you’d have to, quite literally, be living under a rock to have not heard at least minor details on the Planned Parenthood undercover videos. For you to not be privy to even a hint of the brutality taking place in our country, you would have to be shipwrecked on some mysteriously obscure island in the South Pacific Ocean where your concerns are limited to food, shelter, and fire; Gilligan’s Island style. That’s why it seems odd to me that Ann had a multitude of topics to joke about, yet she picked butchered babies. This tells us that her brain scanned through the issue rolodex right past gun control, foreign policy, economy, etc., and somewhere in-between landed on slaughtered children, to which she said, “this, this is what I will joke about today.” Maybe she was simply trying to downplay Trump’s recent statements to Chuck Todd on Meet the Press, where he said it’s possible he gave money throughout his lifetime to Planned Parenthood. I can’t be sure, but I can say that no matter what reasoning she gives, it was poor form.

Without @realDonaldTrump's immigration plan, it will be nothing but Obamas and Hillarys as president for the rest of our lives. #USAmatters

The plan she adores so much not only includes the wall “Mexico will build,” but it also includes tripling the number of ICE officers, which he plans to fund by eliminating tax credit payments to illegal immigrants, and it WILL be accepted by the Inspector General for Tax Administration, which I assume will be “because the Trump said so.” ICE officers will also accompany local gang task forces. No more catch-and-release, just detention. He plans to institute nationwide e-verify, end birthright citizenship, and increase overstayed visa fees. He would also make it a requirement to hire American workers first, as well as various other details. American workers would have more bureaucratic hoops to jump through, the government would drastically grow, but seriously, guys… it’s super conservative. Just trust her.

As The Federalist points out here:

In short, the great conservative savior who wants to “Make America Great Again” primarily plans to do so by creating vast new swathes of bureaucracy and swelling the police state. In short, Trump is starting to reveal his true colors and they definitely aren’t conservative.

We want to shrink government, Ann, not increase its grip around the throats of Americans. In addition, ending birthright citizenship would be an attack on beliefs that date back to 1868, which I must point out was also a time when men were able to construct a proper rebuttal without menstruation references and words like “stupid,” “dummy,” and “jerk.” Imagine, Bobby Jindal and Marco Rubio – born to women who weren’t yet American citizens – would not have received citizenship. As The Federalist points out here, even Donald Trump’s children took advantage of birthright citizenship. Does The Trump really believe what he’s saying, or is he just saying what he needs to say to gain votes?

The greatest political document since the Magna Carta – http://t.co/l7nq8gN7i5

I’d argue that The Constitution, Federalist Papers, the Declaration of Independence, Bill of Rights, Proclamation Regarding Nullification, Gettysburg Address, etc., might rank just a wee bit higher than Donald Trumps Immigration Plan, but maybe that’s just me. I get that she’s going for hyperbole, but really? She passed right over American History when searching for a monumental document to use as a comparison?

Only candidate who cares @ "black lives" is @realDonaldTrump. His immigtn plan will increase black, Hispanic, female workers in Silicon Val.

Got to get them on the record so 30 yrs from now, when all the little dweebs are claiming to be "Trump conservatives," we can say, no UR not

Government’s first duty is to protect the people, not run their lives – Ronald Reagan

I have a great relationship with the blacks. –Donald Trump

No, Ann. No. That’s similar to comparing George Washington to Joe Biden, or Margaret Thatcher to Nancy Pelosi. Just stop.

We haven't seen anything like this since Dwight Eisenhower's "Operation Wetback." Even @MittRomney wasn't this pro-American on immigration.

The officially claimed number recorded for deported individuals during operation wetback was 1.3 million. Many legal residents were included in the drastic sweep, families were torn apart, and it didn’t solve the problem like it had promised. The figures were inflated, and many watched on in horror. While we could logically point to its positives, it is a far from spotless piece of our history, and if Ann is looking to gain support for her one issue doctrine, might I recommend a better approach? Do I believe that illegal immigrants should be held accountable? Absolutely. The problem, however, is that The Left has regarded conservatives as cold and removed, unable to see the human beings beyond the issues, and they’ve convinced many to believe them. Of course this isn’t true – for the most part – but celebrating an “operation wetback” approach is a risky game when we’re already fighting an unyielding narrative that makes us out to be unapologetically hateful. Others may disagree, and I respect their opinions, but giving established extended families a conditional chance at staying is almost the only tangible and conservative thing left to do.

The brash rhetoric of Coulter and Trump has spread, many conservatives lightheartedly joking that “a family who stays together gets sent packing together.” It is this casual dismissal of family ties that is disturbing. Right is right, and wrong is wrong, but it isn’t necessary to rejoice or find levity in the suffering of another – especially children. Stand for what is right, but have some class while you’re at it. We see in the history of our country that brilliant men made difficult choices, but we also see that their delivery to the people was pertinent. We are known as the party who respects and upholds family values, yet find humor in mass deportation? Shameful.

Don’t get me wrong, our illegal immigration issue is a serious one that needs to be addressed, including a gross double standard. An illegal immigrant can flaunt their illegal status without a nod of disappointment in their direction, yet I could not flaunt owning a tank, stealing a car, or blatantly announce that I’ve broken the law. Broken laws, of any kind, demand a response. The law is the law, and we need to support it. However, these are human beings, not items, and we need to tread carefully in some cases, and not so carefully in others, e.g., sanctuary cities.

I think she spelled “mourning” wrong. Ann Coulter’s obsession with Trump comes as no surprise, if you say “illegal immigration” she senses it like a shark to blood in the water; however, her adoration for Trump has clearly gone a step further. Maybe it’s his vitriolic approach? Contrary to what Trump, Ann, and their following preach, there are more options than simply Trump or Hillary. We have the most outstanding slate of candidates in, well, forever. Some even more conservative than Ronald Reagan himself, and none bloviate on as Trump does at expert level. Ann argues that Hispanics vote Democrat (including those here legally), overwhelmingly so, and that’s why she takes such a hard line with immigration. Maybe we could, oh I don’t know, try to win them over to our side while enforcing the law, and encouraging legal immigration, without making it seem like we wish to disenfranchise an entire ethnic group. Just a thought.