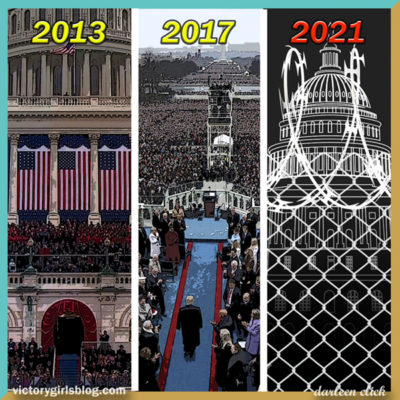 Next post
Inauguration of FICUS Biden - Citizens Not Invited 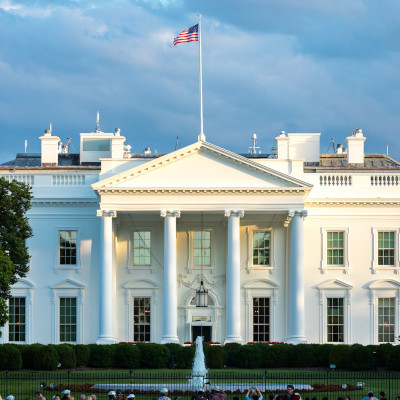 Today marks the start of the Biden Administration. In a few hours, we will witness his inauguration as the forty-sixth president of these United States. If we listen to him, this is a time of unity, of peace and of moving forward. However, if you listen to those around him, not to mention the media, it is a time when they are hoping for open season on anyone who dared support President Trump. It isn’t difficult to see them extending that to all conservatives. Because of that, today is the day when we should each step up and answer the call to action to save our country from the machinations of the Democratic National Committee, socialists in Congress barely bothering to masquerade as anything but what they are and a media that has declared war on the very foundations of our Republic.

There is no denying this Inauguration Day will be different from those before it. Even before the events of January 6th, we knew it would be different. Biden and company early on hopped on the Covid-19 bandwagon, demanding we all be masked, avoid contact with others and basically isolate ourselves into oblivion. But that wasn’t enough. Using the excuse of the relatively few protesters who gained entry to the Capitol earlier this month, thousands of National Guardsmen were moved into place to “protect” and “ensure” the transfer of power. Looking at video of the Capital makes it look like a city under siege.

Except it isn’t. Where are the rioting mobs night after night? Where are the businesses being ransacked and burned? Where are the areas of the District being set up as government-free zones? Why are the protesters who stormed the Capitol called domestic terrorists by our soon-to-be president and not those over the summer who did their best to bring entire cities to their knees and who showed complete disregard to the law and to the rights of their fellow citizens?

Heaven help us all during the next two years as we slowly wend our way through to the mid-term elections. We have to make a stand or we will lose the country. We must remember the accomplishments of the Trump Administration and not sit idly by as the Dems and the Never-Trumpers do their best to erase or rewrite history.

I pray President Trump is right when he said yesterday in his farewell address that “The best is yet to come.”

I urge each of you to watch the address if you haven’t already. Watch it and remember this is what the incoming Administration wants to erase. It goes beyond the sometimes volatile and over-the-top tweets by Trump. It is every accomplishment made during his four years in office. It is punishing every person who served the country by being part of his Administration.

Last night, I did something I haven’t done in a while: I re-read the Declaration of Independence. I did it in part to prepare for today’s post but I also did it to remind me of the mindset of our Founding Fathers. The colonies had long been oppressed and abused by the Crown. Reading it, you see some parallels between today’s fractured political climate. But you also see we have not yet reached the point the colonists did. It is coming, unless we act and act now.

That does not mean taking up arms to overthrow the government. It might one day come to that, but we aren’t there yet.

And this is where we must sound our call to action.

In other words, act but do so subtly, with purpose and a plan. We are the revolutionaries. But not all revolutions are fought with guns. This is an ideological war we cannot afford to lose.

As our own Victory Girl Kate said when we were discussing the situation:

I’m all for standing tall, head up, and be the resistance at every turn. Two years in politics is a very long time AND a very short time. We need to get busy. All 80 million of us.”

In this case, resistance is not futile. It is necessary. It is the only way to ensure a future where our children and grandchildren will be free. That has to be worth fighting for, with words, with our time, with our efforts and with a sincere desire to preserve the Union.

So, just as the Lincoln Project and others are taking names of those who supported Trump in order to prevent them from earning a livelihood, we take names. Not to stop them from working or to harass them in their homes or when eating out, but to hold them accountable as our elected officials, as those appointed to government jobs or those in the media.

There may come the time when certain states–I’m looking at you, Texas–will decide its best course of action is to withdraw from the Union. The day may come when citizens of this country decide to take matters in their own hands. Before that happens, we must remember the actions, and inactions, of the  Crown and the so-called revolutionaries that led to the colonies breaking with Great Britain.

Nor have We been wanting in attentions to our Brittish brethren. We have warned them from time to time of attempts by their legislature to extend an unwarrantable jurisdiction over us. We have reminded them of the circumstances of our emigration and settlement here. We have appealed to their native justice and magnanimity, and we have conjured them by the ties of our common kindred to disavow these usurpations, which, would inevitably interrupt our connections and correspondence. They too have been deaf to the voice of justice and of consanguinity. We must, therefore, acquiesce in the necessity, which denounces our Separation, and hold them, as we hold the rest of mankind, Enemies in War, in Peace Friends.

January 6th very well may have been the warning shot. We shall see. For now, the clock is running on the mid-term elections. It is time to pull off the gloves and get to work.

We hold these truths to be self-evident, that all men are created equal, that they are endowed by their Creator with certain unalienable Rights, that among these are Life, Liberty and the pursuit of Happiness.–That to secure these rights, Governments are instituted among Men, deriving their just powers from the consent of the governed.

We must embrace the power of the Declaration of Independence. We must protect and defend the Constitution of these United States and make sure those serving in our government remember they do so at our pleasure, not at their own. We must remember that our story is one of freedom. That means we do not stand by and watch, hands in our pockets, as they strip that most basic of rights from us.

This is our call to action. It is simple. It is essential. It must be done now, before it is too late.