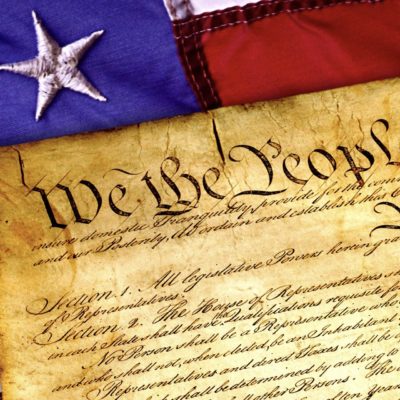 Americans are mostly cooperating with CDC’s “stop the spread; COVID-19” restrictions recommendations. But with no definite end in sight, many are rightfully concerned that temporary restrictions for the outbreak, may become a standard for overzealous government policy. A Nation founded upon the Constitution and the Bill of Rights is coming to terms with what it means in today’s unprecedented circumstances.

“Those who would give up essential Liberty, to purchase a little temporary Safety, deserve neither Liberty nor Safety.”

Ben Franklin’s quote originated under a different context, but rings true across the board. Americans, more than any other nationality, bristle at the idea of restricted personal liberty. It doesn’t mean they lack responsibility due their rights, but that government has no right to restrict them. It doesn’t have the (unadjudicated) right to remove liberty from the individual. A quandary that brings us to modern day America, and restrictions placed on citizens by their state and local governments.

Rhode Island’s state motto is “Hope”, and right now they hope all the citizens of New York stay out of their state. The Democrat Governor, Gina Raimondo, has authorized the police to stop any car with a New York license plate. This brings a whole slew of potential Constitutional Rights issues. Steven Brown, from the ACLU of the Rhode Island states in the New York Post,

While the Governor may have the power to suspend some state laws and regulations to address this medical emergency, she cannot suspend the Constitution,” said Steven Brown, the executive director of the ACLU of Rhode Island, in a statement.

“Under the Fourth Amendment, having a New York state license plate simply does not, and cannot, constitute ‘probable cause’ to allow police to stop a car and interrogate the driver, no matter how laudable the goal of the stop may be,”

The First Amendment. Boom. Number one. Also the case for a recent lawsuit in NYC by a lawyer, who objects to the order restricting assembly of people. The ability to practice his Jewish faith is impacted. His lawyer, Norm Pattis states in the New York Post,

Mr. Cuomo’s threat that his directives will be enforced by law enforcement cause Mr. Nigen to fear arrest if he attempts to travel for any other purpose other than getting medical attention or obtaining groceries, thus impermissibly chilling his exercise of his constitutional rights to travel,” his lawsuit charges.

Clearly, there is a grave public health emergency in New York. We understand that,” Norm Pattis, Nigen’s attorney, said in a written statement. “But lawful process matters and emergency orders of this sort, if left unchallenged, will evolve into precedents with horrifying consequences.”

The optics are cringe-worthy, and smack of Nazi Germany, where restrictions applied to Jews was the stepping stone to mass genocide. Of course, this restriction applies to everyone in the city, and one group isn’t singled out. But feelings and facts are often interwoven.  An excellent breakdown of the First Amendment can be found here.

Shall Not Be Infringed

The Second Amendment is essential.

Essential business are allowed to stay open during the lockdowns. But what exactly constitutes an “essential business”? In California, it isn’t gun shops. A recent lawsuit by gun owners highlights a mandate to close gun shops. The Los Angeles Times reports,

Sheriff Alex Villaneuva closed gun stores in L.A. County Thursday to everyone except police and licensed security company employees after the governor deemed that firearms sellers are considered nonessential businesses during California’s shutdown of commerce in an effort to limit and slow the spread of the coronavirus.

Planned Parenthood is essential, because killing the unborn saves lives. But those alive have no right to protect their own lives. You know, from all the criminals being released into the community… California, where did you go so wrong?!

Gun shops, according to the sheriff, were one of several types of nonessential businesses that continued to be open and garnered complaints. He said those who don’t comply would be cited and could lose their business license.

The lawsuit implies, that in addition to being Constitutionally protected, firearms are essential.

“Twenty-eight years ago, the LAPD had to withdraw their officers to protect their safety,” said California Gun Rights Foundation Chairman Gene Hoffman. “We hope that the stay-home orders will mean that our public servants will not become infected in this pandemic, but the Constitution guarantees that everyone has a right to acquire arms and defend themselves should law enforcement not be able to respond before it’s too late.”

There are mounting fears that the current measures being put in place will become the precedent for events in the future. What if the virus never “settles down”? What if the seasonal flu warrants similar actions? Where is the line that prevents local and state governments from enacting “emergency” restrictions on citizens? With every new restriction, the line moves further from the freedoms outlined in the Constitution and Bill of Rights.

New York’s Fox5 interviews Larry Gostin, a public health lawyer at Georgetown University. His comments ring true, and I think he nailed it. With increased government surveillance, expanded international travel, and the easy spread of global disease… Americans are right to be wary of precedent setting restrictions.

So far, we haven’t had draconian methods, like armed police blocking people’s movement in the streets, surveillance and phone tapping,” said Larry Gostin, a public health lawyer at Georgetown University. “But we are seeing lockdowns of millions of citizens like we have never seen before.”

“We are on the precipice of something that could transform American values and freedoms. But courts have never been asked whether the unprecedented lockdowns are constitutional “and in violation of individual rights,” Gostin said. A battle all the way to the U.S. Supreme Court on that issue, he says, may be looming.

I for one, look forward to it. When they’re back in session. 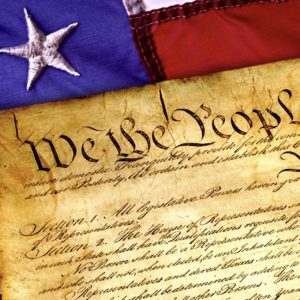