Amber Cornwell: We Do Weep For You

Amber Cornwell: We Do Weep For You

The Christmas season is a time of laughter, joy, family, silliness, and the creation of treasured memories. Sadly this was not the case for Amber Cornwell. 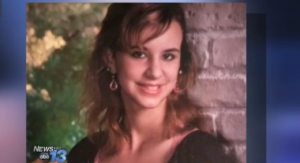 Tragically, this beautiful 16-year-old girl committed suicide on just before Christmas. Why would a vibrant young lady, who was just out on a date the night before, commit suicide? The answer is: BULLYING. Her parents, Kim and Alan, provided some insight when speaking to ABC’s WLOS 13:

Kim tells us Amber’s been targeted since the sixth grade.

“The boys like her and the girls hate her, and that’s not fair and I don’t want another child to die because of name calling,” she explains. “All the time, it was always something. We thought it had calmed down.”

“Young Americans y’all got a step and put a stop to it,” Amber’s dad Alan’s says.

Amber’s parents, reeling amid the devastating loss of their daughter make a very VERY important point. This bullying and the acceleration of bullying has to stop. But how? How do you stop people from bullying? How do you empower those being bullied to stand up to a bully or even report the bullying without fear of reprisal? How does one being bullied get the strength and courage to let his/her friends and family know, and have faith that something will be done to stop this. No young person should ever be told that they are less, that they have no future, that they are nothing. So what resources are available? Where can they go and feel that it is Safe2Tell?

I know of one such organization. It is based here in Colorado, but has helped many around the country and even internationally. This organization, of which I was privileged to be part of several years ago, is a resource for children and teens who are being bullied. It is a resource for teachers, parents, and law enforcement desiring to help those who are being bullied and to stop the bullying. In fact, for those bullied who fear reprisal, Safe2Tell is designed specifically to make calls or emails reporting bullying completely anonymous. Safe2Tell helps to empower those who are bullied with the strength to tell. As the organization eloquently states:

Telling is when you need to keep yourself or someone you know safe from threats, harmful behaviors or dangerous situations.

Still not sure if you should use Safe2Tell? If you don’t, who will?
We need your help to improve your school and community. By calling, you can help stop a friend from committing suicide, get another student off drugs, or stop a bully from making other people miserable.

Perhaps Amber and her family tried to let the school know about all the bullying; especially since some of it had been happening since her 6th grade year. Perhaps, the tools the school administration and the adults had at the time weren’t strong enough to stop the bullies from continuing to use any method they could to target Amber. We may never know. What we do know is that the bullying was so bad, that Amber’s last post reflects her despair. According to Paul Farrell at Heavy:

On her now-deleted Facebook page, Amber left a chilling status update as her final message, Kim Cornwell says, “She put something on Facebook, that said if I die tonight, would anyone cry? I want her to know, yeah I’m crying. My heart is broken.”

Amber, we weep for you, for your parents, and we weep for the despair you must’ve felt. We pray that you are at peace, we pray for your family, and we too pray that any child or teen out there who is bullied will find strength, will learn from this tragedy and most importantly, will reach out to get and receive the help they need.