Previous post
Amber Cornwell: We Do Weep For You

The blogosphere is all aTwitter—pun intended—over the admission by House Majority Whip Steve Scalise that he once addressed a group of supposed white supremacists during his time as a Louisiana state legislator. Twelve years ago. The group, the European-American Unity and Rights Organization, was founded by the now-infamous former Louisiana legislator, David Duke—yes, that David Duke—best known for his stint as Grand Wizard of the Louisiana-based Knights of the Ku Klux Klan, founded coincidentally while he was a registered Democrat. Scalise insists that he has no relationship with the group, and that his reportedly brief interaction with the organization was only in connection with forwarding conservative policies, like cutting spending in his state.

“Throughout his career in public service, Mr. Scalise has spoken to hundreds of different groups with a broad range of viewpoints,” Smith wrote. “In every case, he was building support for his policies, not the other way around. In 2002, he made himself available to anyone who wanted to hear his” legislative agenda.

“He has never been affiliated with the abhorrent group in question,” the statement continued. “The hate-fueled ignorance and intolerance that group projects is in stark contradiction to what Mr. Scalise believes and practices as a father, a husband and a devoted Catholic.”

The statement did not answer explicitly whether Scalise was aware of the group’s motives at the time he attended the convention.

Which is probably something a state legislator might want to check out before he heads on over to the Hate Club meetin’.

Now, I’m not pointing out bad behavior to somehow justify questionable judgement. It’s just that Leftists are very good at projection. So, right on cue, The Usual Suspects, hypocrisy dripping from their keyboards like warm andouille gravy, are out in force, working hard to project The Racist Label onto Whip Scalise and, by extension, the entirety of the GOP who, by the way, will soon take over both houses of Congress. Coincidence? Here’s just a sample:

Knew it was only a matter of time before @TheRevAl was compared to #Scalise #GOPLogic Whoda thunk it?

And of course, their blatant hypocrisy laid bare:

And the real motivations behind pushing a twelve-year-old story:

Obama attended how many of Jeremiah Wright's "God damn America!" sermons? But #Scalise is an issue? Give me a break!

In my humble opinion, this story is just another in a long line of ginned-up nothing burgers perpetuated to further distract and divide a nation already sidetracked by The Myth of Cops Killing Black Men. It serves to point its hypocritical finger at everyone but itself, particularly since the up-and-coming Leader of the Left and Pimper-of-Racial-Animosity, Al Sharpton, has enjoyed a resurgence of his power in recent weeks. We certainly wouldn’t want anyone to remember this:

Ah, I remember it well. pic.twitter.com/TPCrePlaXQ”

And, of course, the sordid history of some of their very own:

Let’s hope that Whip Scalise has no other affiliation with the group than what he’s already admitted to, and if he does, that he’ll address it in a transparent fashion, and that the race-baiting scourge that is Al Sharpton continues to be exposed. For Sharpton and his Leftist minions, including his conspicuously mute pal currently occupying our White House, are the ones harming this nation by consciously fanning the flames of hatred and division. And Ol’ Al is dancing the two-step away from his own involvement in the rise of the targeting of our law enforcement officers, at least two of which have resulted in deaths, as fast as he can. Because never let a good ginned-up crisis go to waste when you have a complicit posterior to cover, and a racist past, and present, to sprint from. 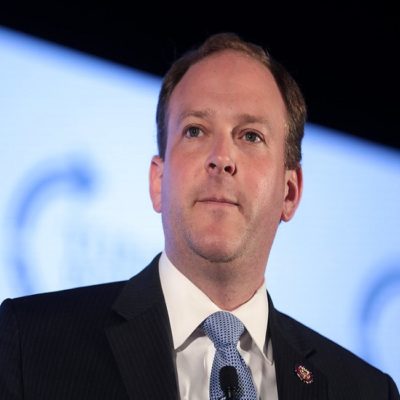