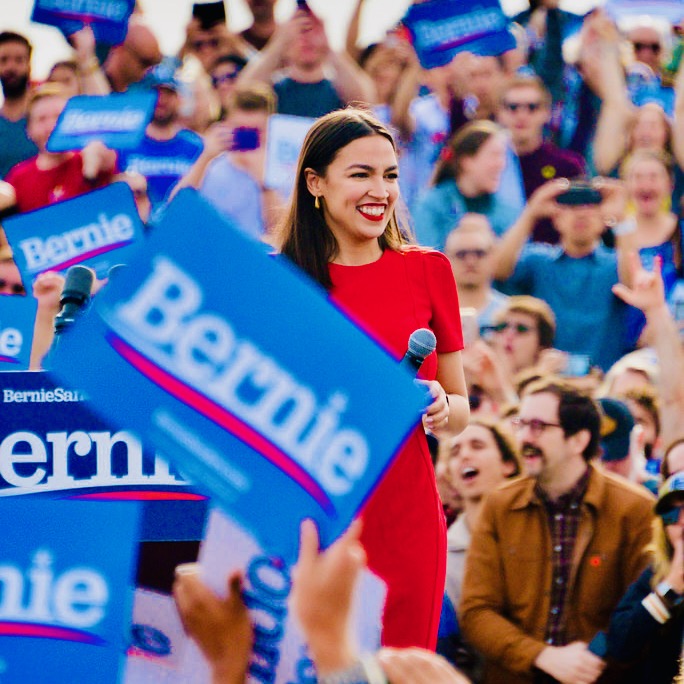 The DNC Convention has moved from smooth protest jazz to Alexandria Ocasio-Cortez endorsing Bernie over Biden. Never mind Michelle’s blatant untruths, AOC used her sixty plus second speech to SECOND the nomination of Bernie Sanders for President of the United States.

Keep in mind, Bernie’s campaign flatlined before the Covid-19 Wuhan flu shut everything down. AOC was granted one minute to make her case. Evidently she had big things planned after she finished dithering about how to make the most impact for her 60-second speech, with encouragement of her second grade teacher.

Needless to say, those in the know ran to the media and sounded the alarm.

“The Democratic Party’s highly choreographed effort to show unity at its national convention this week is expected to face a brief interlude Tuesday night when one of the party’s most prominent liberal stars takes the virtual stage — if only for a minute.

Rep. Alexandria Ocasio-Cortez’s move to nominate Sen. Bernie Sanders (I-Vt.) for president will be entirely symbolic as the party rallies around presumptive nominee Joe Biden to challenge President Trump. But it gives the freshman congresswoman a prime-time opportunity to send a warning to a potential President Biden: that the far-left is a force that can’t be ignored.

The New York Democrat — who does not plan to mention Biden once in her address, according to an individual familiar with her remarks, who spoke on the condition of anonymity to discuss them — has been working with liberal groups to oust centrists like Biden in hopes of strengthening liberals’ foothold in Congress next year. And they’re already poised to increase their numbers, expanding their clout as they seek to push the House — and the next Democratic president — into embracing policies such as Medicare-for-all and the Green New Deal.”

Evidently Biden isn’t going far enough with his policies. Alexandria Ocasio-Cortez wants a Green New Deal that bankrupts the world, healthcare that helps no one, and the permanent dissolution of law enforcement across the United States.

Isn’t that so cute??

What’s funny is that this was about delegates, and of course conventions are ALL about courting the delegate holdouts. Bernie was trailing in the delegate count. 39% to Biden’s 53% of the pledged allocated delegates. That left about 817 delegates for Biden and Bernie to court.

“The first is the Democrats’ proportional-allocation system. Unlike Republicans, who often award their delegates based on winner-take-all rules, Democrats award theirs proportionately — so if you win a state or congressional district 55 percent to 45 percent, you get 55 percent of the available pledged delegates while your opponent gets 45 percent.

So the only way to rack up huge delegate hauls is to win a state decisively — like Biden did last week in Florida, when his 62 percent-to-23 percent victory in the state netted him 100-plus more delegates than Sanders earned in the Sunshine State.

The second delegate challenge for Sanders is that there are fewer caucus contests than were four years ago.”

Needless to say, Bernie wasn’t going to ever meet that threshold, the writing was on the wall regarding that several months ago.

However, that didn’t stop AOC from trying to flex her puny little political muscles on national TV tonight.

Yes, Bernie did barely pass the delegate threshold, and thus people can nominate him and second those nominations. What is laughable about all of this is AOC and the media made a BIG stinking deal of her speaking at the convention as if she was going to say something earth shatteringly brilliant. And well… this is what we ended up with.

Seriously, she should just stick to promoting her uber progressive cow fart climate legislation, cuddling up to Linda Sarsour, yelling at the sky about the Post Office, promoting a new pen pal system, and battling garbage disposals.