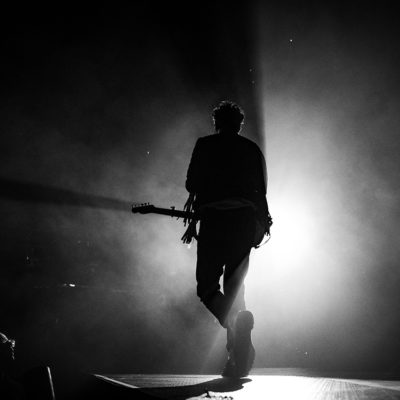 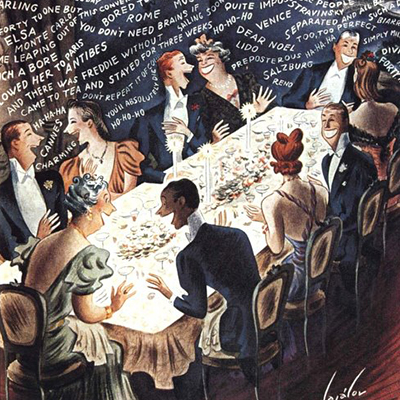 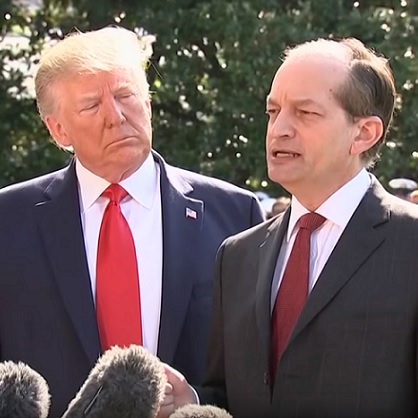 Secretary of Labor Alex Acosta officially resigned this morning from the Trump administration. The resignation will be official in one week.

Trump stood by him during the announcement, which does make it sound like Alex Acosta is resigning of his own accord. You be the judge. It’s hard to say if his position would have been tenable for much longer, and he went for the easier, quicker exit, or not.

President Donald Trump said Friday that it was Acosta’s decision to resign and not his as he spoke to reporters as he left the White House for a trip to Wisconsin.”

Acosta was standing next to Trump as the president called him “a great labor secretary, not a good one.”

Trump said it was very sad to see him go but said Acosta told him he didn’t want to distract form the strong economy and the work the administration is doing.”

Acosta said he didn’t think it was fair to have Epstein as the focus rather than “the incredible economy.”

While questions and speculations are continually swirling around the entire Epstein case, Acosta’s resignation does put a sudden end to the focus on the Trump administration’s involvement. Alex Acosta was the administration’s only tie to the previous Epstein case, and with him leaving, the media will not have any excuse to keep poking at Trump. That is, unless evidence appears that implicates Trump himself. It’s much more likely that Bill Clinton is implicated before Donald Trump would be, and knowing that there is a whole lot of ugliness and criminality yet to be revealed, the media may back off significantly in order to avoid inadvertently turning up the heat on one of their “favorites.”

As for Alex Acosta himself, he didn’t get this plea deal in a vacuum. He wasn’t the only prosecutor working the case, and there are differing legal opinions on whether deals like this have been seen before, and Acosta didn’t shed a ton of light on the deal itself when he gave his press conference on Wednesday. If Acosta was told to give Epstein a light deal for “intelligence” reasons, we should know. If there was pressure being brought to bear because Epstein could blackmail those in power, we should know. And if other prosecutors gave Epstein preferential treatment for similar reasons, we should know. For example, why did Manhattan DA Cyrus Vance – whose actions may have kept a certain Harvey Weinstein from facing justice sooner – and his office let Epstein off lightly when it came to registering as a sex offender in New York? It wasn’t just Alex Acosta who tap-danced around nailing Jeffrey Epstein. Florida could have brought up multiple state charges if the evidence is as extensive as is being claimed now; they did not. Vance could have insisted on stringent check-ins; his office did not. The speculation continues – was Epstein really blackmailing everyone around him with his child prostitution ring, and was that how he was making his money?

There are so many unanswered questions when it comes to Jeffrey Epstein, but with Alex Acosta resigning, it’s no longer the administration’s problem. The justice system needs to roll forward on its own.