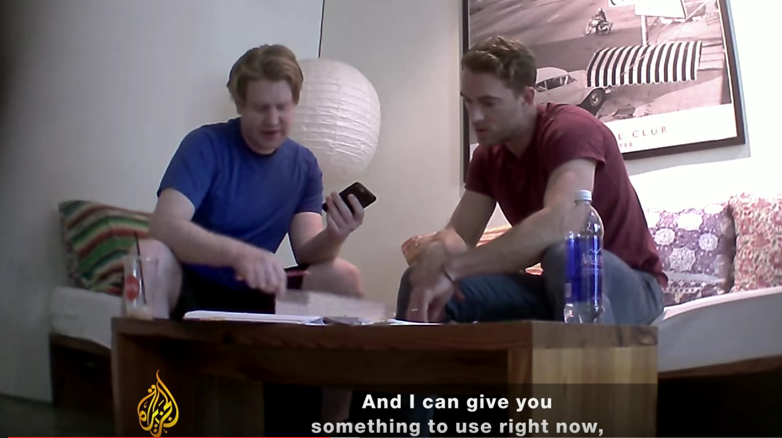 The sports world went nuts this weekend, and it wasn’t because of the NFL game upsets that messed up everyone’s fantasy football standings. Nope, instead the ugliness of HGH and performance enhancing drugs (PED) reared its ugly head again. Or did it?

“It’s inexcusable and irresponsible that Al Jazeera would provide a platform and broadcast outright lies about Mr. Howard and Mr. Zimmerman. The extraordinarily reckless claims made against our clients in this report are completely false and rely on a source who has already recanted his claims. We will go to court to hold Al Jazeera and other responsible parties accountable for smearing our clients’ good names.”

Of course, the guy who is receiving most of the attention because of this “story” is Denver Broncos quarterback Peyton Manning. 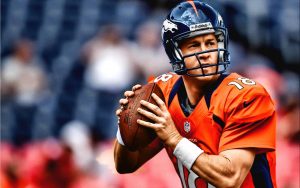 While Manning is normally composed and mild-mannered during interviews; he certainly wasn’t during this ESPN interview. He called the report a “freaking joke”

During the interview, a visibly upset Manning didn’t indicate at the time if a lawsuit was a consideration. However, with the additional information that has since surfaced, he is now considering a lawsuit against Al Jazeera.

Manning to me for NBC on suing Al Jazeera: “Yeah, I probably will. I’m that angry.”
—
Al J: Anti-aging clinic said Sly DID work there in’11.

In fact, the more you read about this “documentary” the fishier it smells. As you can see from the tweet above, Al Jazeera is standing by their story, even as their main source..heck I think he’s the ONLY source for this story is backpedaling so fast he’s somersaulting!

First of all, Sly reiterated to Mortensen that he manufactured the entire story and confirmed that he was only employed at the clinic in 2013, two years after Manning was a patient.

A fact which the Guyer Institute confirmed in writing – which is completely contrary to one of the Al Jazeera reporter’s insistence otherwise.

“The information you have been provided is incorrect. Charles Sly was never an employee of The Guyer Institute. At the relevant time, Mr. Sly was a pharmacy student in Nevada who emailed us a request for an internship. Arrangements for his internship, including the specific start and end dates, were made through his school advisor. Mr. Sly began his unpaid student internship with us on February 18th, 2013. He had no patient responsibilities at any time. Further, he had no affiliation with our office prior to February 18th, 2013, and has had none subsequent to the conclusion of his internship in May of 2013. Hope this helps to clarify the dates in question.”

Sly issued a statement of his own saying anything he said on the documentary was incorrect and patently false. Sly also informed ESPN’s Mortensen that he only met with Liam Collins, a former hurdler from Great Britain with a very questionable history of his own, to see if Collins could help Sly with building a supplement business. According to Sly, throwing out all those names and dates was a test to determine Collin’s credibility.

The Al Jazeera doc itself has a credibility problem. First, there is only ONE source for their claims, Charlie Sly – and he is sketchy at best. Second, as others are pointing out; the lack of “smoking guns” concerning medical documents or shipping records makes the veracity of the “documentary” highly suspect. Third, Manning is featured in the documentary for a little more than 2 minutes. Perhaps their plan was to use him as clickbait? If so, that’s pretty darned crass of them. But then when a news organization hires reporters with dismal track records of airing debunked, and discredited stories, what else can you expect?

Right now, given the fact that Charlie Sly refuses to be considered a source and the lack of any credible evidence to the reporters claims; Al Jazeera’s “The Dark Side” documentary has a pretty fishy smell to it.