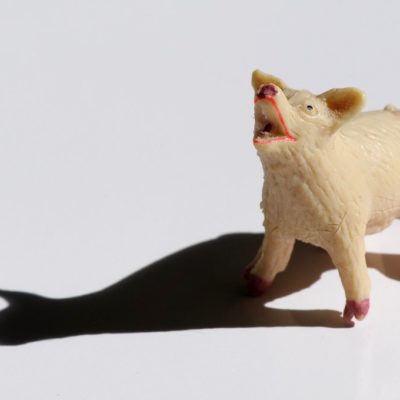 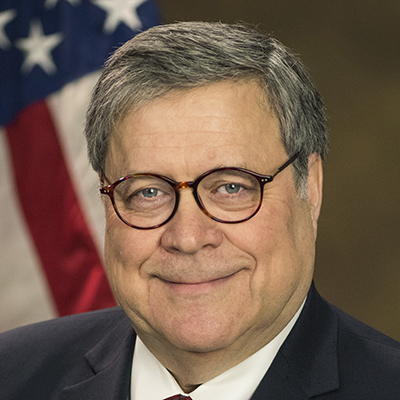 There’s a meme weaving its way through social media that says it all. It reads: a former CIA head, a former FBI head, and a former Attorney General walk into a Barr. And it describes perfectly the investigative one-eighty occurring as I type.

After ten years without an attorney general who does his job, meting out justice equally rather than functioning as a partisan “wing man”…

AG Barr has deliberately misrepresented the Mueller report. He has started examinations of the conduct of Intell/FBI personnel without a predicate-for political reasons. He is protecting the President. He does not stand up for the good people he leads. He is not fit to lead DOJ.

…we finally have William Barr, reportedly a competent, no-nonsense guy who wears no political blinders, just a scale and a blindfold and a determination to clean up the destructive partisan mess former President Obama left in his wake.

Despite the fact that Attorney General Barr had no relationship with Mr. Trump prior to becoming AG (he reportedly supported Jeb Bush in the GOP primary), the most oft-repeated criticism by the leftists who dominate our media is that Barr’s nothing but a mouthpiece for, and a protector of, President Donald Trump. Nothing could be further from the truth, in my humble opinion. In a recent sit-down with the Wall Street Journal, Barr offered this:

Attorney General William Barr told the Wall Street Journal that ‘his long-held belief in executive power is more about protecting the presidency than the current officeholder.’

“Said Barr: ‘I felt the rules were being ‘hanged to hurt Trump, and I thought it was damaging for the presidency over the long haul.”

“He added: ‘At every grave juncture the presidency has done what it is supposed to do, which is to provide leadership and direction. If you destroy the presidency and make it an errand boy for Congress, we’re going to be a much weaker and more divided nation.’

Americans are divided over many issues, but the vast majority of 'em are capable of spotting BS a mile off! Even Barr must know that his phony rationalizations fail to pass the smell test!

And brainwashing like this—thank you Fake News’ of the land—seems to be the very reason Barr is determined to unearth the truth. And he’s right to do so. Never in my nearly 55 years have I witnessed such obvious weaponizing of the entirety of our intelligence and justice agencies, and the danger it poses to our republic, and the office of the presidency, should it be allowed to become normalized, as Mr. Comey suggested last week. But it’s looking more and more like that’s exactly what happened, presumably under the direction of the former president and his Veep.

And in case you missed it, former Rep. Trey Gowdy had this to say about the FISA warrants (the release of the report on same is expected any day now):

Why did this happen? Presumably because Barack Obama wanted his legacy—massive failure that it was—protected at any cost. And whether his intel and justice agencies believed that Trump was genuinely being aided by Russia or not, they proceeded, it appears at this moment, to break the very laws they were tasked to uphold, either by convincing themselves that a Trump presidency would be a disaster for the country, or acting in their own self interests in the hopes they’d continue on in their roles in a Clinton presidency. The irony is: they’re right on the former, except the reasons Trump’s presidency is indeed a disaster is that under Barr’s direction, those who tried to prevent the election, and then the inhibition of, a democratically-elected president may very well find themselves in need of a legion of good lawyers. And the Congressional Democrats are doing everything in their power to prevent the truth from coming out, the office of the presidency be damned.

The congressional Democrats, the socialist media, the former heads of our intel and justice departments, and candidate Joe Biden know what’s coming. They know there’s no explanation they can offer that would rationalize using opposition research, and leaked info then used in published articles, as “evidence” to the FISA court to obtain warrants to spy on the Trump campaign both before and after its election. All while, according to Mr. Gowdy, withholding exculpatory evidence that would suggest surveillance warrants were without merit.

And that, my friends, is why we’re seeing the complete and utter meltdown of those who are tasked with protecting us from tyranny, also known as Congress and the media (and one Justin Amash, whom the media have suddenly discovered and predictably lionized). And it’s why they’re throwing everything they can at both Trump and Barr in an effort to deflect from the coming storm. These days, rather than hold accountable those who attempted a soft coup against our duly-elected president as a responsible Congress and a nonpartisan media should, they are instead assisting in the cover-up of the most egregious political scandal perhaps in U.S. history.

And that, in a phrase, is the true “obstruction of justice.” Here’s hoping AG Barr reaches the same conclusion, because the office of the presidency is at stake.