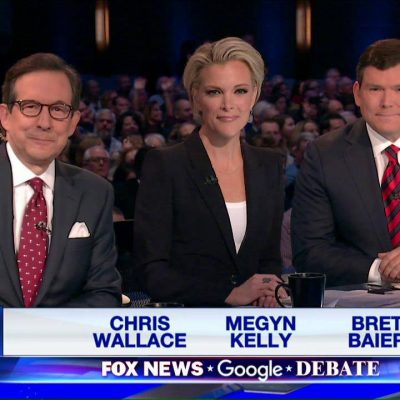 Previous post
#GOPDebate: A Substantive And Interesting Night, Trump Who? 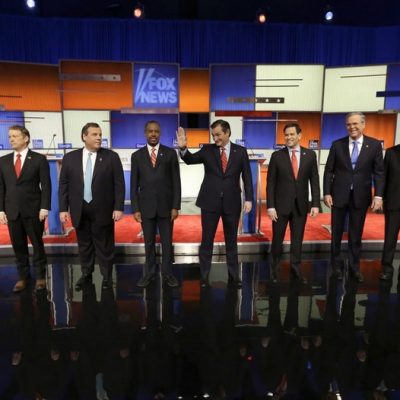 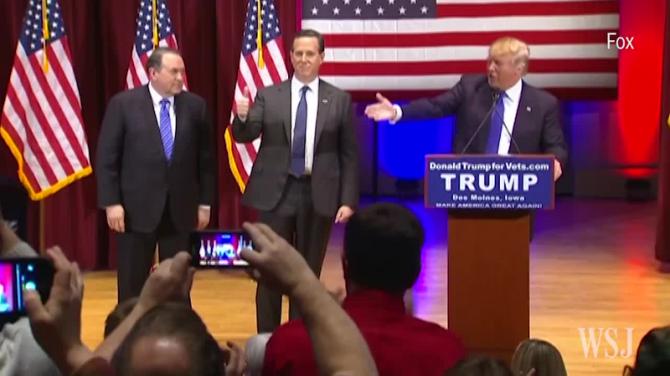 The two biggest losers from last night’s Republican debates were not on the main stage, but were at the undercard debate. They were former winners at one time in their political careers — one a winner of the 2008 Iowa caucus and the other the winner of the 2012 Iowa caucus. But last night they may as well have formed the giant L on their foreheads and proclaimed themselves as losers.

Rick Santorum and Mike Huckabee both declared their intentions to attend Donald Trump’s “special event to benefit veterans’ organizations” held simultaneously as the Fox News main debate. Huckabee told CNN in an interview that “It’s to honor the troops. It’s not an endorsement of Donald Trump’s candidacy.” Santorum told a CNN reporter on Thursday, “I didn’t have anything going on at 8 o’clock tonight.”

On the other hand, the candidate who may be least known member of the undercard debate, former VA governor Jim Gilmore, was highly critical of the Trump event. “I’m the only veteran … in this race,” he declared at the debate. “And I’m not going to any Donald Trump event over across town on some sort of faux veterans sort of issue.” He joined other veterans’ groups who decried the event as a political stunt, including a former Army captain and Afghan war vet who wrote, “We’re not stray puppies you can adopt.”

So while Santorum and Huckabee chose to ignore the protests from actual veterans, they attended Trump’s rally, where they kissed Trump’s ring and were displayed like trophies of war before the cheering crowd. 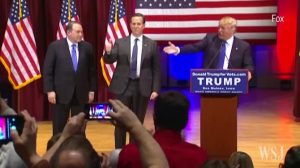 And Trump launched into his speech, which he started by saying that “he didn’t want to be here,” but he had to “stick up” for himself because he was “treated badly” at the hands of Fox. Don’t believe me? Here’s the video.

I-I-I. Me-Me-Me. Oh, and the vets can get some money out of this too. And Rick Santorum and Mike Huckabee? I don’t know what they’re expecting — maybe they think Trump will reward them should he assume the Presidency — but as of now they’re done. Finished. Toast. And instead of going out with some shred of dignity, they lowered their ears and tails like submissive dogs, hoping to get a soft hand and treat from The Donald.

To paraphrase the poet T.S. Eliot from his poem “The Hollow Men:”

“This is the way their campaigns end. Not with a bang but a whimper.”