Special Forces soldier blinded in battle, and keeps on fighting

Here’s some Monday afternoon inspiration for you. Ivan Castro joined the Army, and was a Ranger before completing Special Forces training. He earned his officer’s commission and joined the 82nd Airborne Division as platoon leader. In September of 2006, in Youssifiyah, Iraq, he was struck by mortar fire and shrapnel, breaking his arm and shoulder, and also leaving him blind. After spending 17 months recovering, he asked for an assignment with Special Operations Command, getting duty with 7th Special Forces Group.

He’s determined to keep on fighting, even though he’s now blind.

When Capt. Ivan Castro joined the Army, he set goals: to jump out of planes, kick in doors and lead soldiers into combat. He achieved them all. Then the mortar round landed five feet away, blasting away his sight.

“Once you’re blind, you have to set new goals,” Castro said.

He set them higher.

Not content with just staying in the Army, he is the only blind officer serving in the Special Forces — the small, elite units famed for dropping behind enemy lines on combat missions.

As executive officer of the 7th Special Forces Group’s headquarters company in Fort Bragg, Castro’s duties don’t directly involve combat, though they do have him taking part in just about everything that leads up to it.

“I am going to push the limits,” the 40-year-old said. “I don’t want to go to Fort Bragg and show up and sit in an office. I want to work every day and have a mission.”

Since the war began in Iraq, more than 100 troops have been blinded and 247 others have lost sight in one eye. Only two other blind officers serve in the active-duty Army: one a captain studying to be an instructor at West Point, the other an instructor at the Combined Arms Center at Fort Leavenworth, Kan.

Castro’s unit commander said his is no charity assignment. Rather it draws on his experience as a Special Forces team member and platoon leader with the 82nd Airborne Division.

“The only reason that anyone serves with 7th Special Forces Group is if they have real talents,” said Col. Sean Mulholland. “We don’t treat [Castro] as a public affairs or a recruiting tool.”

Though not fully independent, he spent a weekend before starting his job walking around the Group area at Fort Bragg to know just where he was going. He carefully measured the steps from car to office.

“Obviously, he cannot do some things that a sighted person can do. But Ivan will find a way to get done whatever he needs to get done,” Mulholland said. “What I am most impressed with, though, is his determination to continue to serve his country after all that he’s been through.”

Castro works out regularly at the gym and runs, his legs powerful and muscular. And though he has a prosthetic right eye and his arms are scarred by shrapnel, his outsized personality overshadows his war wounds: Nobody escapes his booming hellos, friendly banter and limitless drive.

He ran the Boston marathon this year with Adm. Eric T. Olson, commander of the U.S. Special Operations Command. Last year it was the Marine Corps Marathon. He wants to compete in the Ironman triathlon in Hawaii and graduate from the Army’s officer advanced course, which teaches captains how to lead troops and plan operations.

Mulholland said Castro, who was awarded a Purple Heart like others wounded in combat, will always be part of the Special Forces family.

“I will fight for Ivan as long as Ivan wants to be in the Army,” Mulholland said.

His heroism, bravery, and determination is beyond just admirable and inspirational. It’s awe-inducing. I cannot personally imagine being blind, period, let alone being a blind member of the Army’s Special Forces. Captain Ivan is just another example that the heroes serving in our military are the best and brightest among us.

The next time you start to feel sorry for yourself, or feel like you can’t soldier on, remember Captain Ivan and other soldiers like him, who refuse to give up or let themselves become victims.

On a tip from James, a reader who is also a soldier in the Army (my personal thanks for James for his service, as well!).

Ah, San Francisco: the perfect little microcosm of liberalism in action. If you want to know what America would look like if liberals took over, then all…

END_OF_DOCUMENT_TOKEN_TO_BE_REPLACED

so what if john mccain spent more then 5 years in the hanoi hilton being tortured.  no big deal.  what else has he done to qualify himself to…

END_OF_DOCUMENT_TOKEN_TO_BE_REPLACED

I know that John does this every quarter, but I don’t think I’ve done a list of my favorite blogs before. I’m not listing them in any…

END_OF_DOCUMENT_TOKEN_TO_BE_REPLACED

I was reading a post today at Moonbattery about Amnesty International that included this picture: It also linked to this story from CNS News about yet another…

END_OF_DOCUMENT_TOKEN_TO_BE_REPLACED 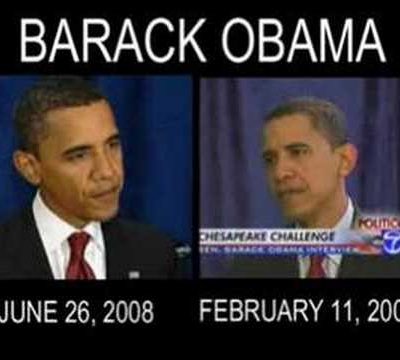 Obama has a history of being ardently against guns. For example, look at this questionnaire he filled out showing us his anti-gun agenda from the Politico: Of…

END_OF_DOCUMENT_TOKEN_TO_BE_REPLACED

here it is the weekend and i know you are ready to get creative again for our “caption it” contest.  have fun! the winners of last week’s…

END_OF_DOCUMENT_TOKEN_TO_BE_REPLACED

so by now you’ve all heard about another casuality under nobama’s bus – his faux presidential seal.  but only after days of relentless mockery.   yep…not a real…

END_OF_DOCUMENT_TOKEN_TO_BE_REPLACED

Sorry, I’m just not excited about this at all. Know why? Because there never should have been a handgun ban in the first place. So as far…

END_OF_DOCUMENT_TOKEN_TO_BE_REPLACED

Isn’t this just genius? First it was a proposed ban on plastic bags. Now, a member of the influential Madison Plan Commission wants to ban the restaurant…

END_OF_DOCUMENT_TOKEN_TO_BE_REPLACED

Don’t want to put child rapists to death? We’ll just castrate them instead.

Stuff like this is why Bobby Jindal is so frikkin’ awesome. The Supreme Court activists justices said that the state of Louisiana can’t execute child rapists, and…

END_OF_DOCUMENT_TOKEN_TO_BE_REPLACED

Glad to see it. If my 48-year-old mother started dating one of my former classmates, who is 19-years-old, I’d probably cut her off, too. From Perez Hilton:…

END_OF_DOCUMENT_TOKEN_TO_BE_REPLACED

One of the Gloucester teens speaks

For what it’s worth: Do you believe there wasn’t a pregnancy pact? I don’t know that I do, but it doesn’t matter. It doesn’t change the utter…

END_OF_DOCUMENT_TOKEN_TO_BE_REPLACED

Charming: by Barack Obama didn’t attend the BET Awards, but that didn’t stop attendees from talking about him. “If we all register and vote, we will have…

END_OF_DOCUMENT_TOKEN_TO_BE_REPLACED

join us “from the frontlines”

“From the Front Lines” is a terrific web event today beginning at 4 pm eastern / 1 pm pacific to 12 midnight eastern / 9 pm pacific.  it…

END_OF_DOCUMENT_TOKEN_TO_BE_REPLACED

so did you watch the BET black entertainment awards show last night?  you would have thought that the obamessiah himself was in the room with all the…

END_OF_DOCUMENT_TOKEN_TO_BE_REPLACED 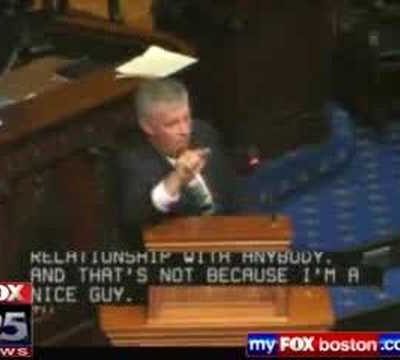