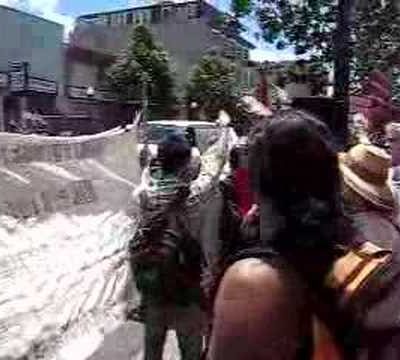 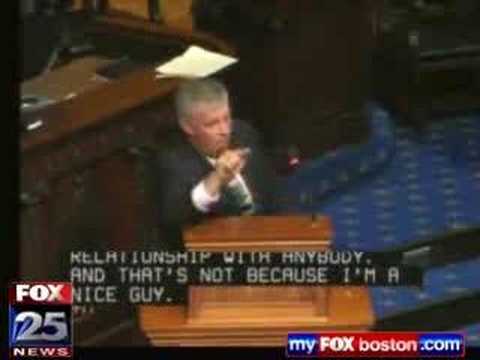 All because of what he says would be:

… a mandatory sentence of draconian proportions…

Let’s get a little context going. Here’s the video:

Let’s get straight about one thing here. We aren’t talking about Les Miserables here. No one’s locking someone up for twenty years because they stole a crust of bread. We’re talking about rapists, repeated offenders, who not only rape an innocent person, but rape a child. It’s one thing to want the best thing for your client. But to go after a victim?! And to go after that victim when he or she is a child?! How much lower can you get?

I don’t know that I can think of a worse crime than raping a child. I really don’t. And the law he’s so outraged over is Jessica’s Law, which would require a twenty-year sentence for those who rape children, and is not tough enough, in my opinion. Rape deserves capital punishment, in my opinion, and especially rape of a child. And even if you don’t agree with that… on what twisted, fucked up planet do you have to live on to wish harm to a child who has been raped in order to save the ass of the shithead who raped them!? How warped does your mind have to be to not only think something like that, but to say it out loud? I mean, this is what he said he wants to happen to these children:

I mean, honestly, wanting to ensure your client’s freedom is one thing. Wanting to destroy the life of the victim is not even relevant! The child did not do this to his client. The client did this, and further ruining the child’s life because the asshole rapist got caught is the most ridiculous and offensive thing I have ever heard in my entire life.

Incidentally, maybe I missed it, but I didn’t see any outrage at the Feminist blogs. None whatsoever from the women who claim to be so concerned about eradicating sexism in this country.

Really, there’s not a lot more I can say about this. I used the F-word in this post, which I almost never do, so that should let you know just how pissed off this guy made me.

This was Massachusetts State Representative James Fagan, Democrat, reminding you of who not to vote for and where not to live.

Hat Tips: Hot Air, Dave at Ace of Spades, and my colleague Jay at Stop the ACLU