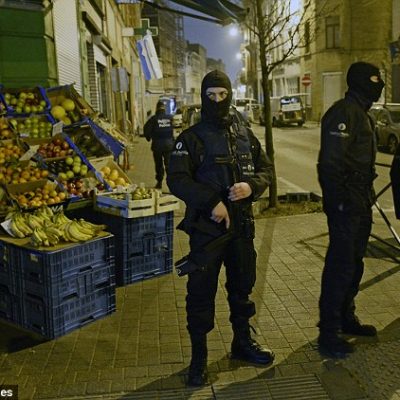 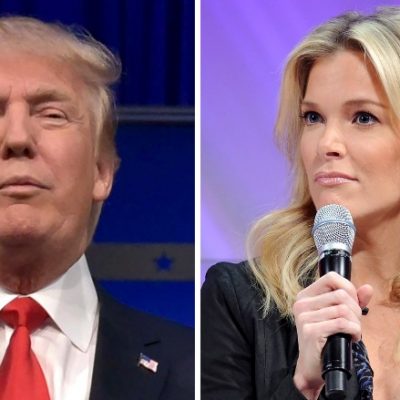 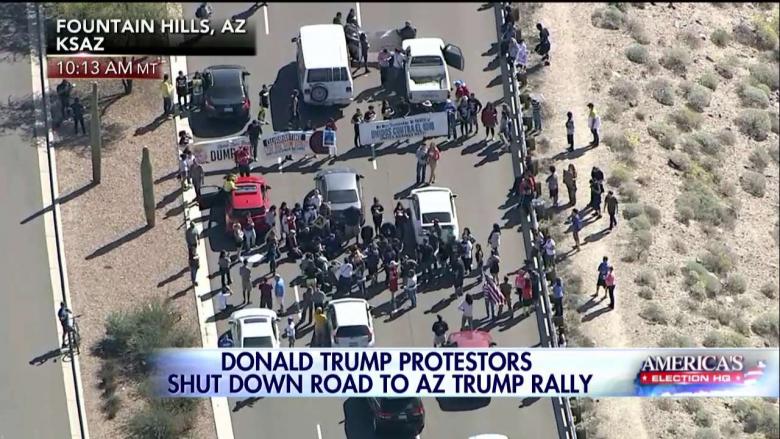 A typical Saturday in Phoenix, Arizona took an unexpected turn this afternoon. Presidential candidate Donald Trump had a rally planned. Everything was moving along smoothly until more than a few protestors decided they were going to change things up and channel the Black Lives Matter playbook from Ferguson and other more recent venues. What the Black Lives Matter folks did here: 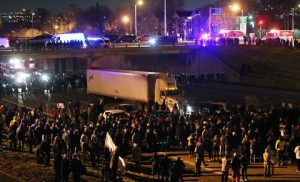 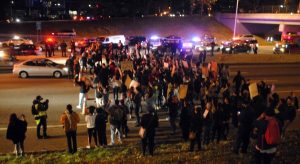 The anti-Trump protestors just did here: 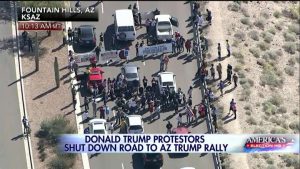 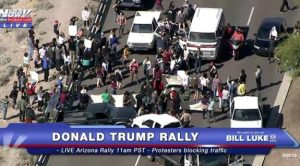 The only similarities between the two “protests” is that both groups shut down major highways and blocked the ability of our First Responders to come to someone’s aid should they need help. In other words, both groups put peoples lives at risk. They were and are wrong.

It can’t be that bad you say. Well it is. Those protestors don’t like Donald Trump. Fine. Guess what? I don’t like him either! But those protestors did something that I would never EVER dream of doing. I would not and have never taken away someone’s ability to voice their opinion Just. Because. I. Don’t. Like. that person’s chosen candidate.

You may not like the views or stances that someone has, whether a political candidate or not. There are many candidates I’ve never liked and therefore CHOSEN not to vote for him or her. I am not a Trump fan by any means, However, I vehemently disagree with anyone who wants to block me from either expressing my views or who wants to keep me from going to an event and listening to what a candidate – even Donald Trump has to offer.

What those protestors did is tell those who wanted to attend the Trump rally that they are NOT ALLOWED to have that choice. In fact, by inference, the voters were being told by the protestors that they are also not allowed a choice in who they can or cannot support. All of which is against EVERYTHING (yes I’m yelling) that this Republic is all about.

In fact, what these protestors attempted to do is likely going to backfire on them in numerous ways. For example:

Our nation was built on the choices of the people who decide who will run our country. Whether it be a mayor, a senator, a member of Congress, or President; WE THE PEOPLE (ALL citizens) have the ability and the Constitutional right to make our own decisions for ourselves and vote for whomever we choose. But taking away that same right of another American is wrong. I can tell you what will continue to happen. Our nation will continue to turn on itself and our Republic will be lost.