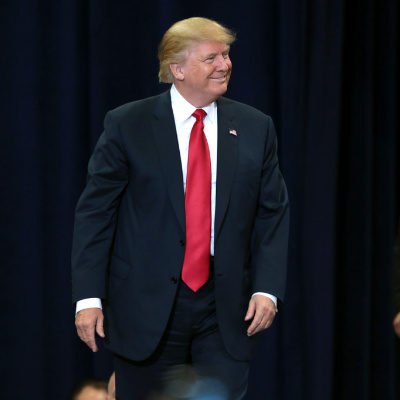 Next post
WaPo - Where Journalism Dies in Neon Yellow 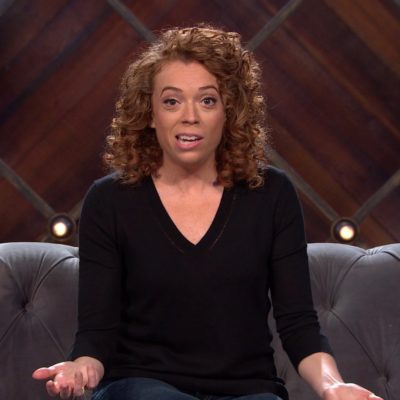 From the bowels of Netflix comes more crass crotch-humor from comedian Michelle Wolf. You may remember her as the comedian who attacked Sarah Huckabee Sanders’ looks at the 2018 White House Correspondents’ association dinner (as if she is one to talk). Or you may remember her salutes to abortion (language NSFW):

How a man could get past the screechy nails-on-a-chalkboard voice that comes out of this woman’s mouth is beyond me let alone impregnate her.

We have Alyssa Milano shouting about being an angry premenopausal woman and Michelle Wolf discussing great comedic topics to tickle the funny bone such as period equality and abortion. Oh, yay. Now comes Wolf’s latest on her Netflix comedy special, The Joke Show:

You can feel any way that you want after an abortion,. Get one! See how you feel! You know how my abortion made me feel? Very powerful. You know how people say you can’t play God? I walked out of there being like, ‘Move over, Morgan Freeman. I am God!'”-Michelle Wolf

What kind of God? Surely it can't be a God of mercy or a selfless God. That would require her to think past herself.

The problem is, these types of women don’t. When one can say flippantly that her abortion made her a millionaire and gave her a life of success, we’re not talking about the type of person who thinks of anyone but themselves.

Killers like Ted Bundy describe the adrenaline rush and “feeling alive” when murdering someone. The incredible sense of power concerning life and death or “playing God” is highly addictive to some.

Do it, see how you feel! This is what passes for comedy amongst the liberal left. Women discussing period equality and how they felt powerful and God-like after getting that “whoops” from a night of indiscretion taken care of once and for all. Hilarious. So damn funny, my sides are splitting and I nearly wet my pants.

It’s so ironic that Trump could be the guy who ends legal abortion. That dude has been responsible for more abortions than the invention of back alleys. Look, access to abortion is good and important. Some people say abortion is ‘killing a baby.’ It’s not. It’s stopping a baby from happening. It’s like Back to the Future and abortion is the DeLorean.”-Michelle Wolf

Abortion is likened to the time-traveling DeLorean in Back to the Future by this psycho hose beast. To give Wolf credit, she did call the baby a “baby” which I am not so sure works in her favor after all because a baby is indeed a human being and she killed one of those and is now encouraging others to “do it and see how you feel“.

Michelle Wolf may have felt “like God” when she walked out of the clinic that day. Wolf is not God. It is unfortunate that women like Wolf spout off insensitive drivel while some women pray to God for any chance of getting news from their doctors that they are finally pregnant. Couples pray to God for adoption paperwork to go through so they can finally be called “mom” and “dad”. Parents who have children in Cancer units, pray to God and continue to have faith in their child’s recovery despite watching these kids go through hell on Earth. Parents who have children in NICUs across the world pray to God as their tiny lives hang in the balance. I was one of those parents. Sadly, not all of those parents were as fortunate as I was to walk out with a baby seventeen days later. There were many days I left that hospital, feeling completely powerless to do anything for my child and like a part of me was missing. I longed to have him home with me.

Pregnancy is not easy for some individuals, I get that. I secretly envy the women who gush about how they loooooooved being pregnant. Most of them are about 1115 pounds soaking wet and had cute little beach ball bellies. I, on the other hand, looked like a Weeble. I also was unable to carry past seven and a half months, apparently, and went from bed rest to death bed pretty quickly. In those moments on bed rest, day by day, I knew I was not in control, I was not God. I got on my knees and wept daily. On a cold operating room table on Christmas morning, I asked God to spare the life of my son and if He had the mercy, to spare me, too so I can see him grow up.

Some of us women walk out of hospitals after our children are born and whilst feeling our bodies have been through the ringer and knowing those bodies of ours will NEVER be the same, we feel the greatest love and joy imaginable. But Michelle Wolf walked out of an abortion clinic and felt free. She felt “powerful, like God”. Hey, everybody’s getting one. Safe, legal rare and now powerful and God-like. And just as common as a gluten allergy. Abortion. Do it. See how you feel.