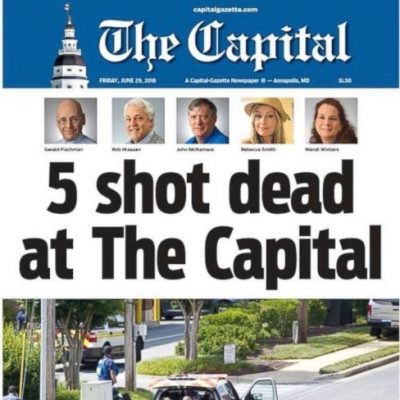 Next post
Obama's Regret: You Loved Me Too Much [VIDEO]

All women love to express themselves through their clothing style. Let’s be honest here — it doesn’t matter if we’re traditional or progressive, we do love our threads.

Now most of us prefer a style that’s either dressy or casual, fashion-forward or classic. But no matter the look, we women of tradition want to exude respect for both ourselves and others through our appearance, right?

Then there are progressive women.

Right after President Trump was sworn into office, the pink pussy hat became the fashion du jour for the Leftist woman. Thousands of angry gals (see what I did there?) wearing these silly things flooded streets nationwide in a  post-inaugural ‘Women’s March,’ because pink hats with little kitty ears were so intimidating to the new president, or something. 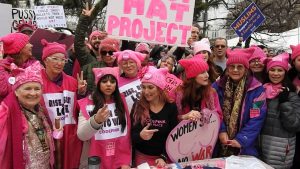 Then there were those who thought that female genitalia hats were a good look, because just wearing a knit cap wasn’t enough. Apparently this was a more fashion-forward style for the edgy feminist. 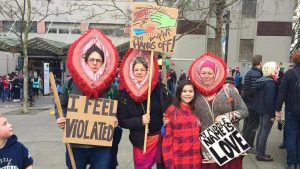 Just like the seasons change, fashion evolves too, even for the Nasty Woman. Hulu released its production of “The Handmaid’s Tale,” and feminists abandoned the cute knit cap for the Dystopian Look. Because Donald Trump was going to deny them the right to murder their unborn children, apparently, and that made them very scared and angry! So these shrews wanted to fill everyone with the dread that this is our future! Ooh, scary! 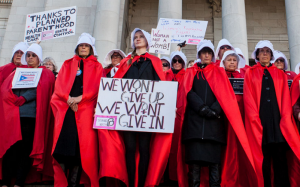 But now the pussy hat and Handmaid’s garb are so last year. So what are stylish Leftist women wearing for 2018?

Yes, it’s now aluminum foil! Just like women protestors wore on Thursday at a rally at the Senate building in Washington. About 600 of these halfwits got themselves arrested, but ever-reliable radical actress Susan Sarandon did too, so it was all good.

630 women in foil blankets are being arrested in Hart Office building now as they chant “Abolish ICE” and demand an end to family detention. #WOMENDISOBEY pic.twitter.com/k3J1lmqIPA

Yep, these women want to abolish ICE and Trump’s immigration policies, too. So they dressed up like burritos that fell off a Chipotle delivery vehicle. Yeah, that’ll show ’em!

I wonder what’s next for Feminist Fashion? After all, President Trump will announce his pick for the Supreme Court on July 9th, before he leaves for Europe. That doesn’t give much time for these dingbats to come up with a new fashion trend to protest the End of the World as We Know It (sing along with me).

And I Feel Fine.